Google has released Penguin 3.0 - the first update in over a year

Google has confirmed in these days the update of its algorithm Penguin 3.0, which took place on Friday 17 October 2014.

The goal is always to knock down sites deemed spam, and that somehow still have a very good ranking, above all sites that buy paid links violating Google's own guidelines. Currently no information or details have been given about the impact rate of the new Penguin 3.0 algorithm. 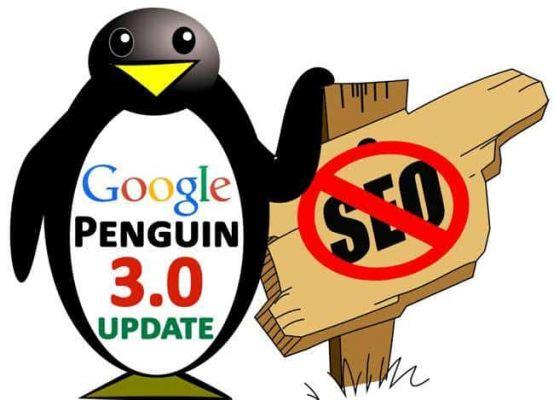 If you've been hit by Penguin chances are you'll see a sharp decline in traffic in these days. To remedy it will be necessary eliminate faulty connections immediately. The reconsideration request won't work this time because Penguin is an automatic process and until it detects that everything spam has been removed, you won't be able to get out of it.

The released version is still the sixth. Here are the dates of all Penguin releases:

The latest Penguin, 3.0, is one of the most anticipated algorithm updates in Google's history. Many have been waiting for this update, which actually comes just over a year after the last one: Penguin 2.1.

What is of greatest concern is the functioning of the latter algorithm itself spam war machine. The Penguin 3.0, born to counter link building tactics focused on creating link schemes with the aim of manipulating the ranking, this time hits very strongly, in the sense that the sites involved, even if modified, will have to wait for the benefits of the changes applied. until the next release is released.


After Panda, Penguin, Hummingbird and Pigeon, we will have to wait some time to understand how much Penguin 3.0 will have effects on SEO positioning and if it will really create upheavals in Google's SERPs.

In the meantime, we advise you to observe the health of your site, and possibly remedy, using tools such as Google Webmaster Tools.

Google, the best employer in the world ❯

add a comment of Google has released Penguin 3.0 - the first update in over a year