We have often witnessed blackouts of the three most used social networks in the world: Facebook, Instagram and Whatsapp.

These daily downs last really a few minutes or even seconds and it is therefore almost impossible to notice and do not even create serious damage to companies that use social media for work.

But if the small blocking moments are imperceptible, we remember very well the very long blackout that took place in March 2019.

This social malfunction lasted the beauty of 14 hours and caused a lot of damage to companies, investors, advertisers and the Facebook owner himself who had to compensate for the millionaire losses of his customers. 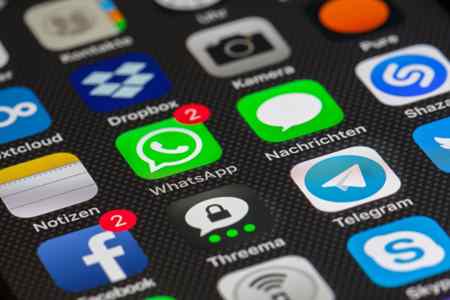 Also on the day of November 28, 2019, around 15 pm, we witnessed yet another malfunction of the Social networks. Users' messages can be read on the various Facebook, Instagram and Twitter message boards.

Not everyone took it with irony, there are those who complain of continuous blackouts and report the serious damage that these malfunctions have on their work.

This latest blackout caused serious discontent especially in the United States, because it occurred on a holiday, Thanksgiving.

Following numerous complaints, a Facebook spokesperson said: “We know that some people are having difficulty accessing the Facebook family of apps. We are working to get everything back to normal as quickly as possible “.

The longest blackout in the history of social media

On March 13, 2019 we witnessed the longest blackout in the history of Social Media, so impressive that CNN called it "epic". This malfunction has affected almost all parts of the world, but especially Europe and the United States.


There have been several hypotheses raised regarding this very long down, there are those who blamed a computer attack, of the DDoS type. That is a malfunction due to the numerous requests that a site receives and that push it to stop working.

But this hypothesis was immediately denied by Mark Zuckerberg's company, which stated in a public tweet: "We are working to solve the problem as soon as possible, but we can confirm that the disruption is not related to a DDoS attack".

Once the idea of ​​a hacker attack was overthrown, another hypothesis, much more probable, has come up. It is thought that the long malfunction was due to the integration of Facebook, Instagram and Whatsapp into a single ecosystem where it is possible to send multimedia content and text, which took place on March 6. All of this was wanted by Zuckerberg in the name of privacy.

As can be seen from the article by Lettoquotidiano.com, these interminable 14 hours of darkness on social media have been the cause of serious economic damage. Just think of how many companies rely on social media to promote their brand, how many individuals, who have made a job of their social profiles (for example, influencers) and finally, the strong economic damage that the company itself has suffered. by Mark Zuckerberg.

Block Updowner in links to your site ❯