Here is what is the new fashion of the moment, which is depopulated on the web and in particular on Facebook: it is called Bitstrips, and it is one application that has already won over 10 million users, a number that is increasing exponentially.

Bitstrips was born from an idea of ​​Cartoon Network and was developed in 2008 by Bitstrips Inc., but its diffusion dates back only to the last few months thanks to the birth of applications for iOS and Android, which have turned users around the world into comics.

Bitstrips, the new app that turns us into comics

Once you have installed the app on your smartphone, you will first need to create your very own cartoon avatar, down to the smallest details: from the shape of the face, to the color, length and style of the hair, from the size of the pupils to the color of the eyes, and so on… obviously without forgetting the look.

Since then you can give life to real ones skits, as “soloists” or with co-avatars, involving friends who have also started using the app. After creating the skit complete with customization of dialogues and captions, you can share it on Facebook or Twitter. 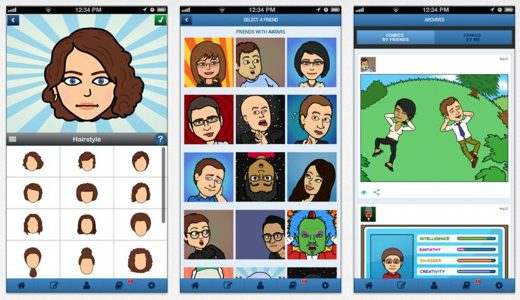 So what is the purpose of all this? Very simple: create funny and sarcastic scenes giving full vent to your imagination, but above all to your thoughts, obviously starting from yours everyday and what happens to you in real life but without "putting your face"!

add a comment of Bitstrips, the new app that turns us into comics, goes crazy on Facebook