After theiPhone 6 e l’iPhone 6 Plus, here is the thinnest tablet in the world: theiPad Air 2. Presented today by Apple CEO Tim Cook, and available from next week in Spain, the iPad Air 2, is a model of just 6,1 mm, much thinner than the previous one, with new sensors and 3 billion transistors. 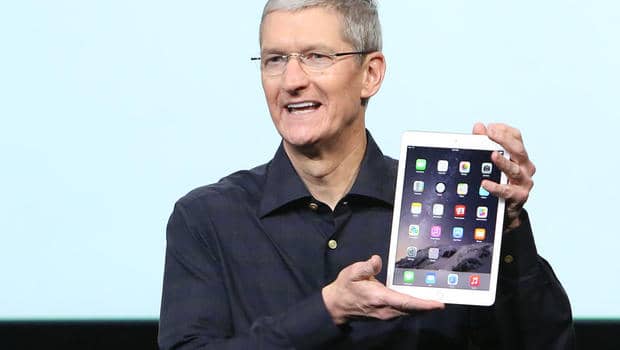 It equipped with a 8bit A64X microprocessor (40% faster than the previous one) e graphically more powerful than iPad 1 (by 180 times), the new iPad Air 2 with display IPS Retina da 9.7” e resolution 2048 x 1536, the same as the previous model, and density of 264ppi, has a touch ID fingerprint reader, a 8 megapixel rear camera with the possibility of making videos in Full HD and a lens aperture up to f2,4, a front camera with an aperture up to f2,2. The Wi-FI connection is 2,8 times faster than the previous Air, with 866 Mps, while the LTE connection in the “cellular” model can reach up to 15 Mps. 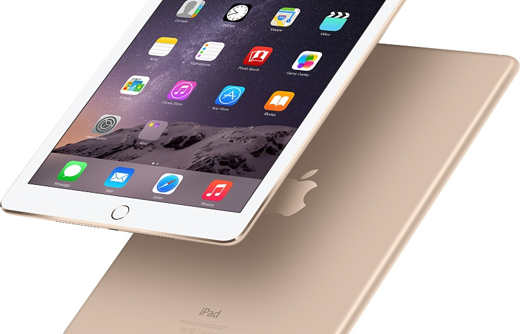 The treatment anti-glare offers coverage that reduces reflection up to at least 56% less. Other technical features are: M8 coprocessor, able to optimally process data from the GPS, accelerometer, compass, gyroscope and the new barometer. There 27.3Wh battery guarantees a navigation autonomy of up to 10 hours under Wi-Fi and 9 hours under cellular coverage.

In the new iPad, there will be a photo editing app, called Oryx, which will allow you to quickly edit your photos and videos. 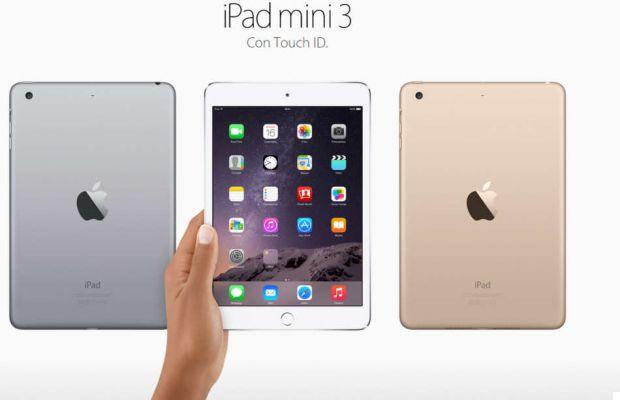 With 14,7 million pixels and a resolution of 5120 x 2880 could not miss the presentation of the new 27-inch iMac with Retina 5k display. The new Apple device has seven times more pixels than an HD video and has been aesthetically enhanced on subtlety, its thickness is only 5 millimeters. The price is 2.629 euros (compared to $ 2.499 in the US).

The event has been closed since Mac Mini, a new line with fourth generation processor, Intel graphics and two Thunderbolt ports.

For pre-orders in Spain, it is possible to start as early as tomorrow by going up This Page.