How to watch Amazon Prime Video with Chromecast

Jeff Bezos' company initially blocked the use of Prime Video with the Google stick just to incentivize the sale of their HDMI stick: Fire TV Stick. The need to increase the number of Prime Video subscribers, however, has prompted the US e-commerce company to turn around.

Google and Amazon have therefore arrived at a historical shrewdness, which allows: dongle devices such as Chromecast to access the large catalog proposed by Prime Video and the Fire TV Stick to be able to install YouTube, the web platform for publishing and sharing videos. 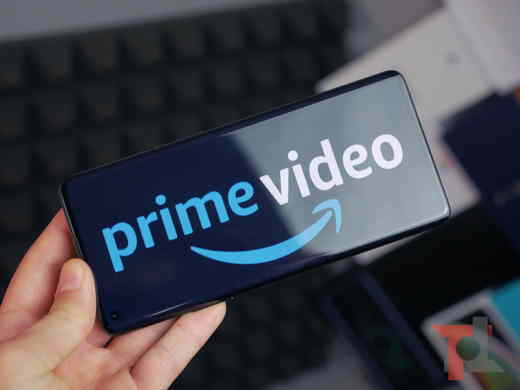 To watch Prime Video via Chromecast you will need an Amazon Prime subscription and, of course, the Google Chromecast set up and ready to use. Also check that:

How to watch Amazon prime video with Chromecast 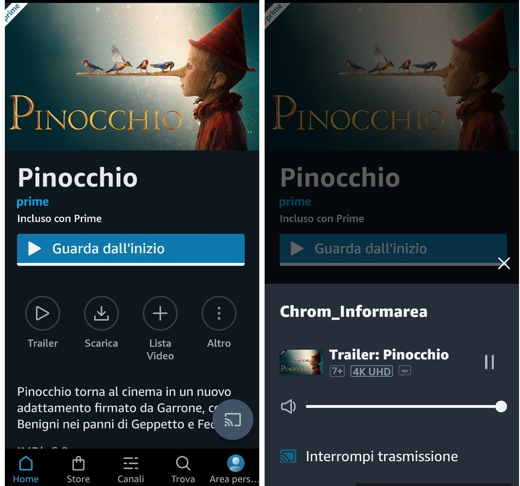 After the appropriate checks indicated in the previous chapter, here it is how to watch Amazon Prime Video with Chromecast.

Launch the app Prime Video for Android or iOS on your mobile device, choose a title to watch and tap the icon Broadcast, bottom right (has the shape of a screen with Wi-Fi waves next to it).


Select the device chromecast you want to use to stream from Amazon Prime Video and that's it. The title will be displayed on the screen of your TV that the Chromecast is connected to.

The causes of Amazon Prime Video not working with Chromecast can be different.

Here are some general troubleshooting tips:

Read also: How to watch Prime Video on TV

How to see who is connected to my WiFi network ❯