Also WhatsApp like Google and other tech giants has begun to temporarily suspend some accounts.

The reason for this decision arose from the excessive use of unofficial WhatsApp applications, such as WhatsApp Plus e WhatsApp in Material Design. 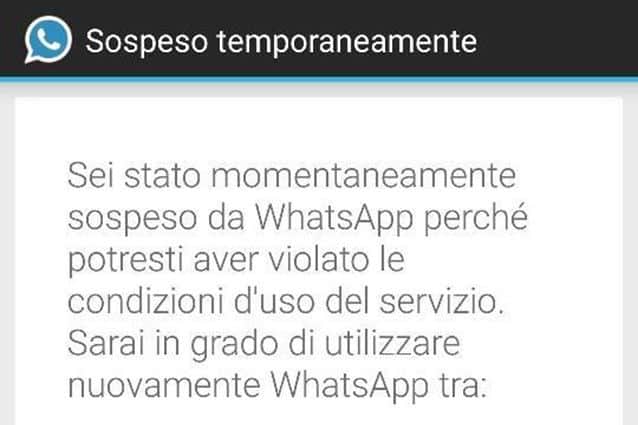 The WhatsApp team already in November had begun to inform those users who used unofficial applications of the damage that these apps could cause.

After the warning, however, the action arrived and for a few days, those who are violating these conditions of use have seen the following message delivered to WhatsApp: "You have been temporarily suspended from WhatsApp because you may have violated the conditions of use of the service. You will be able to use WhatsApp again in 24 hours ”.

If at the end of the 24 hours the warned user continues to use the unofficial WhatsApp apps, this will be banned for a further 24 hours. In this way, anyone in possession of a fake will be forced to download only the official version of the app acquired by Facebook.

WhatsApp Web: how to send and receive WhatsApp messages on your PC ❯