How many group video calls can I make with WhatsApp?

WhatsApp, the most famous messaging app in the world, allows you not to stay in touch with the person you want by sending messages, photos, or voice notes, but also by making video calls both in groups and one to one.

How many group video calls can I make with WhatsApp? 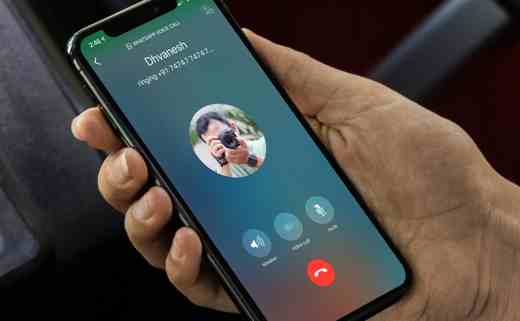 Making WhatsApp group video calls is very simple, you just need to have the contacts saved in the phone book in order to add them at the time of the WhatsApp Group video call. Both the Android than that of iOS have the function available, while on WhatsApp Web, the computer version, is not present.

Previously the limit was 4 users, but with the release of the latest Whatsapp version, available from April 27, 2020 for iOS users and from April 28 for Android users, there has been an increase in the number of people who can take part in a video call, from 4 to 8.

For the moment you find the updated version for iOS on the App Store. While for Android, for now, you can download the APK file from the official WhatsApp site.

However, the increase in the number of video call participants will not bring WhatsApp to the same level as Skype e Zoom, which support a maximum number of participants of 50 and 100 respectively, but definitely a big step forward for the world's most popular instant messaging software.


The users you call can in turn add other participants to the conversation, as long as the limit I have already indicated is not reached.

Make sure you have a stable network connection before making or receiving video calls. The quality of video calls depends on the data rate of your network and the signal of the wireless network.

If you do not see the button through which you can add new participants to the video call, verify that WhatsApp is updated to the latest version by going to the store of your mobile device and clicking on Update, if available.

How to make group calls with WhatsApp on Android

Video calls are only available to users running Android 4.1 and later. If you are using an unsupported operating system, you will not be able to use video calls.

To make video calls with WhatsApp on Android you have two ways:

Another simple procedure besides those indicated above, to make group calls on WhatsApp is:

If during the video call with WhatsApp you experience audio problems, I suggest you do a test on the microphones of your phone by checking first that the hole is not blocked. If you have an Android smartphone, follow these instructions.

If during the test you have detected intermittent voice or no outgoing response, I recommend that you go to a service center.


If, on the other hand, you have passed the test but continue to have problems, I recommend that you check the permissions granted to the app for access to the microphone by going to: Settings> Applications> App name> Permissions.

To learn more, I suggest you take a look at our guide on WhatsApp video call does not hear audio.

How much does it cost to replace a smartphone screen ❯

add a comment from How many group video calls can I make with WhatsApp?