From today 19 September Twitter has decided to make an epochal change to its platform: lengthen the 140 characters provided for each tweet (twitter) launched on the net, excluding from the count link e photo. A great revolution whose goal is to improve the usability of the platform and increase the number of subscribers. 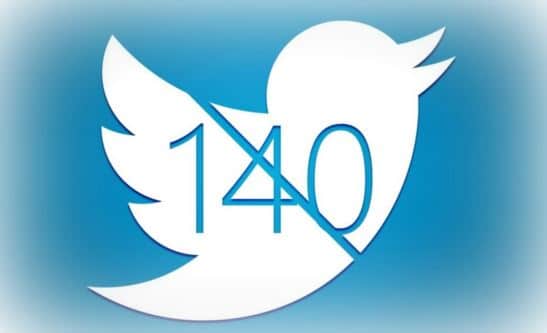 The social network has decided to lengthen its tweets, freeing itself from that constraint that inspires creativity and brevity. Multimedia attachments, such as videos, images, polls and so on, will no longer be counted, as they were in the past, in the 140 characters. Furthermore i tag they will not be counted in the 140 characters if placed at the beginning of the message.

In the past, Twitter had already communicated the possibility of increasing the limit of 140 characters, but this idea had found many users, loyal to the platform, opposed and not very predisposed to this flexibility.

What is certain is that Twitter is starting to move away from the element that has distinguished it since 2006, the year of its birth. 140 characters were considered the optimal format for exchanging information.

Today the situation has changed, the greater popularity of Facebook is starting to be felt and the intention to give more space to the texts of its users could be a good strategy to regain a good share of the market.

A novelty in home training: the elliptical bike ❯