How to improve ping speed to play better? 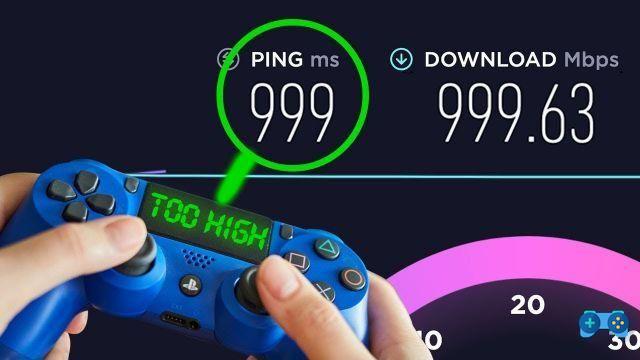 When it comes to staying competitive in online gaming, many players push themselves to the extreme limits. They buy the latest controllers, they buy monitors with the highest refresh rates, and the best-looking, best-performing consoles and PCs money can buy. However, an often overlooked element that has the greatest impact on performance is the ping.

An incorrect ping (high ping) means that the connection to the server is poor. No matter how fast or capable you are, a high ping will always put you below those with a low ping.

But don't be afraid, the solution is there

Making a few simple changes to your network hardware or changing settings can dramatically improve network performance by reducing ping. In fact, you can improve your connection and quickly reduce ping by simply tweaking a few simple settings.

We will give you all the best tips to reduce ping and fix connectivity issues. And hopefully lowering the ping will help you stay on top of the leaderboards of your favorite online multiplayer games. If you lower your ping and you're still not at the top, well, we can't help you further.

Before we get into the topic, it's important to know exactly what ping is. Ping is a measure of the latency or rate at which the signal from the PC or console is sent and received.

For example, every time you land a strike in an online fighting game, you send a signal to the game server where the strike is recorded. After the server has acquired the information, it must send the confirmation back to you and indicate whether the opponent has been hit or not. This is where ping comes in. It is the amount of time between you and the server.

With a low ping, the gameplay works best. In an ideal world, your input would be immediately sent to the server and the server's response would also be sent back immediately. This is what players try to achieve with a low ping, bringing the response time as close to the ideal state as possible.

However, with a slower ping, games can become unresponsive and sometimes even seem unplayable as anything you try to do seems to have no effect on others. For example, you could riddle your opponent with bullets without taking any damage. This is because, while it may appear that you are aiming directly at him, he may have moved behind cover without the related information being sent to you quickly enough. This is why reducing ping is critical. It really has a huge impact on your ability to play and can make or break the gaming experience.


Why is my ping so high?

There could be several reasons why the ping is high. Pinging is complicated because networks are complicated. It's hard to pinpoint the real cause of the problem when it comes to high ping and gaming lag. Let's look at some common causes of high ping and see if we can isolate why your ping is high.

The ping of your game server

First the good news and then the bad news… The good news is that your high ping may not depend on you. The fault could be the game server. A great way to check ping on some common game servers is the website Game Server Ping.

If you know the IP address of the game server, you can connect and test it via a dedicated site. If your ping is high and your third-party ping is low, the problem is likely to be with you, not the server. For example, you ran a speed test on a game server and got 32.0ms. The third party's highest ping was 25,8 ms.

Bandwidth can be an issue when it comes to pinging. If bandwidth is low, packet loss and high latency can occur. Bandwidth may vary throughout the day depending on the number of people connected to the network. During peak hours of use, bandwidth may be low resulting in high ping.

One thing to keep in mind is that cloud-based gaming requires a lot of bandwidth. This is especially true when it comes to downloading data. One way this can potentially be compensated for is by limiting the frame rate. Try lowering the graphics and see what happens, you might be surprised.

Keep an eye on how your network responds throughout the day. Notice when traffic appears to be suffering from bandwidth issues. Try to avoid playing multiplayer games during this time or to temporarily reduce graphics only.

The faster the connection, the better?

In general, games do not require a very high speed internet connection. In fact, around 3 Mbps has been shown to be enough to send and receive information to play online multiplayer. If you are constantly downloading new titles, you may want a faster connection as this could dramatically improve download times. However, 3 Mbps should be sufficient for online.

Of course, we recommend that you opt for a slightly higher value than 3Mbps. Sometimes the speeds reported by an ISP are inaccurate or may drop during periods of heavy use. Plus, you may just want to have that extra safety margin just in case. To be safe, the connection speed must be between 6-12 Mbps. With speeds that tend to continue to rise there should be no problems.

Test your internet speed and ping

Whether you need to test internet speed, ping, or both, there are plenty of sites for you. We suggest Speedtest as it is the most accurate. Also, with Speedtest you can choose a server close to the game server that you may want to use. Connecting to a server closer to your location will show a lower ping than a server that may be further away as signals from the PC or console would take longer to reach the location and send the information back. You can even compare the result with other users to get an idea of ​​what other players might experience in terms of connection speeds while playing.

What is the best ping to play?

Ping is measured in milliseconds. It might not seem like a long time, but when gaming, milliseconds really matter. If you are a gamer who takes the game seriously, you will surely want to have a ping of around 20ms or less. However, most sites indicate that anything less than 100ms is considered "playable" for most players.

We recommend around 50ms as a good ping for the average gamer. The problem is that it is often not possible to try to reach 20 ms. If the server is far away you will notice that you will almost never receive a 20ms ping constantly. Also, use some common sense when it comes to pinging. If you can't get a ping of less than 100ms but notice that it doesn't affect your gameplay, don't worry.

Wired (Ethernet) or Wireless (Wi-Fi) which of the two is better for online gaming?

Although a Wi-Fi signal from the router to the console is much cleaner (clutter-free and requires no additional cables), signal integrity and network connection speed can suffer as wireless signals can deteriorate for many reasons. Wireless signals are also inconsistent and may vary from time to time. Walls in your home can also affect wifi signals, and interference from other wireless signals or electronic devices can also be harmful.

An ethernet connection transmits signals faster and more consistently than wifi. Furthermore, an ethernet connection will be practically unaffected by interference. Wi-Fi users also experience much more jitter (i.e. variations in signals: amplitude, frequency, and phase). In general, you will also get a lower ping over an Ethernet connection. While the ping difference can be small, usually around 3ms for wireless connections and 0,3ms for wired connections, every little bit helps. The only drawback here is the unsightly wires if you don't run them through the wall.

Either way, most average gamers won't notice much of a difference between a wired or wireless connection for gaming. However, if you are looking for ways to reduce ping, a simple and easy first step is to connect to a wired connection and run a ping test. Compare the result with the result obtained when checking the ping from the wireless connection. Also, try playing with cable or wireless and compare.

If you are already using a wired connection and suspect that you have interference, try using a high quality gold-plated network cable instead of the traditional Ethernet cable.

11 tips to quickly and effectively lower your ping

So you have an appropriate internet speed and maybe you're using a wired network, but you're still wondering how to lower the ping, right?

Well, here are some of the most effective ways to reduce ping:

These tips should help you lower your ping in some way. The result may not be great for any single point, but combined you should see a noticeable improvement in your ping and overall gaming experience.

add a comment of How to improve ping speed to play better?