With the introduction of live videos on Facebook, the possibility was born for Internet users to share live sporting events and therefore broadcast football matches live on Facebook. In the past, the phenomenon of sharing illegal streams had affected the social network, and Zuckerberg had decided to block those pages where links to live events were posted. An activity that allowed managers to earn big money, since the clicks generated traffic that was then converted into compensation.

Today, finding direct links to illegal videos on Facebook is very difficult; also because the new live function, introduced by Facebook, allows you to share any event simply using a smartphone connected to the Internet.

For this reason it is not necessary to use decoders to be configured such as those used for the cardsharing. This technique in vogue among football geeks allows you to share a single pay per view subscription with other users connected to each other through the Web.

In practice it is a central decoder on which the subscription card is inserted and on which an operating system runs that shares the codes in real time to decrypt the signal to other decoders connected via the Internet. In addition to being complex, the system is risky because by placing your hands on the server it is possible to identify all users who use cardsharing. 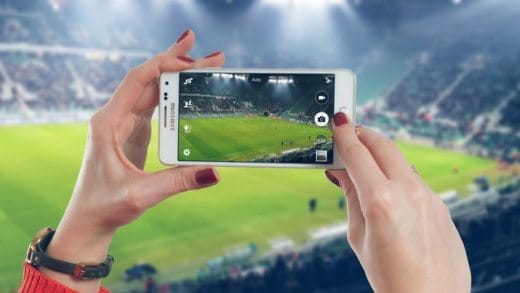 With live videos introduced on Zuckerberg's social network, it's possible broadcast football matches live on Facebook, through the official app for Android and iOS.


Start the app and after placing your smartphone in front of the TV and pointing the camera towards the screen or towards the football field if you are in the stadium, tap on the item What are you thinking about? and then in the lower part press on Broadcast live. 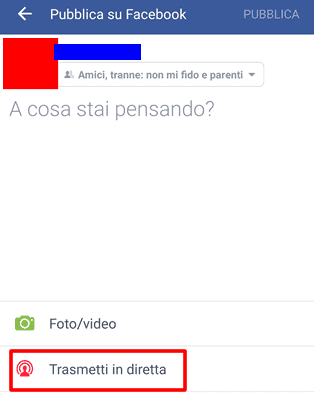 Give Facebook permissions to use the camera and microphone, and then tap the privacy button. This way you can choose who to share the stream with. I recommend that you only share with trusted friends.

Add a description to the video and tap the symbol in the upper right with the double arrow by selecting the rear camera. When everything is ready, touch Broadcast Live. Wait for the 3 second countdown to start live stream.

During live streaming you can comment or add filters to the video by tapping the icon at the top left. You can also invite friends to join the event by clicking on the icon at the bottom left.

The quality of the images will not be the best, but the game is still enjoyable.

To finish, touch the button end. I advise you to press the button Delete when Facebook offers you the option to save the shared event. 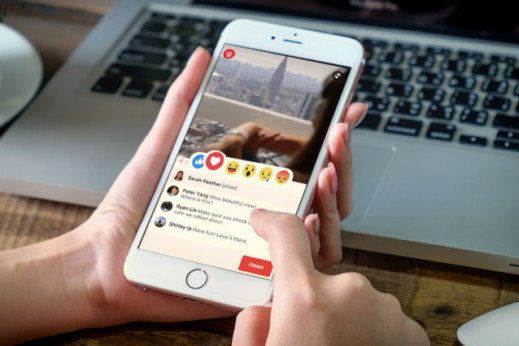 The advantage of live streaming is due to the fact that there is no limitation to the event, which can be shared because it becomes difficult for Facebook to control the different streams, unless it receives a report from a user. In this way, you can share a concert, a football match or a television broadcast.

However, Facebook has already blocked several pages and television stations could soon take measures to block the phenomenon and force the social network to stop illegal live broadcasts.

Beware the practice of broadcasting football matches live on Facebook on Sky or Premium is illegal. This guide was written for illustrative purposes only and does not in any way want to entice the reader to the phenomenon of piracy. I therefore take no responsibility for how you will use the information in the post.

How to find the EAN code of a product ❯