Google Translate or Google Translate it is certainly one of the best services offered by the company Mountain View. The service allows you to translate sentences, documents and entire web pages into many languages.

The latest update announced by Google on this is the introduction for the App Google translator, For Android e iOS, functions Conversation Mode e Word Lens.

The features of Google Translate 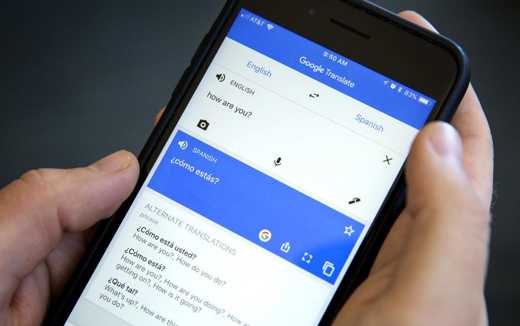 For the Conversation Mode, once the two conversation languages ​​have been set, just touch the microphone icon of the app to start speaking; Google translator, through voice recognition, it will have the task of detecting the two languages ​​that are being used and reproducing the translation of the conversation at the end of the sentence.

Conversation mode results 38 different languages and it needs an Internet connection to work. Along with speech recognition, freehand writing was also introduced.

The other big news is Word Lens. Word Lens allows you to speed up the translation time of sentences present on text or billboards (eg the signs of clubs in trips abroad). By pointing the camera at a sign you want to translate, Google Translate will process the text image to directly display the translation. 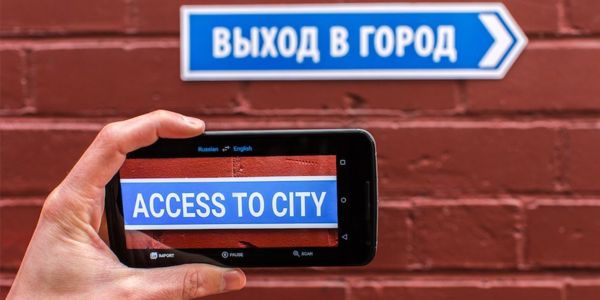 Word Lens works too without Internet connection (you can save the dictionary of your favorite languages ​​locally) and for now it only concerns the English language, used to translate the languages: Spanish, French, German, Spanish, Portuguese and Russian (e.g. English-Spanish, Spanish-English, no Spanish-Russian or Russian-Spanish). 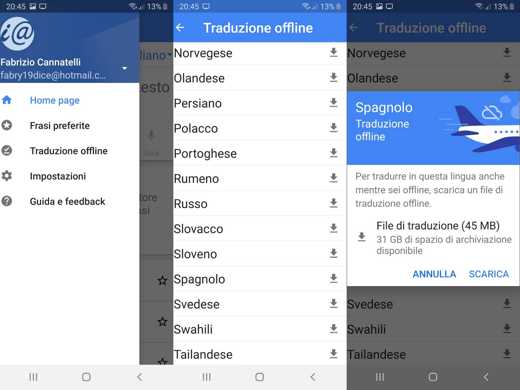 The implementation of the Neural Machine Learning applied to increasingly powerful mobile devices has made it possible to improve the quality of translation, to make it more reliable, and to make it work Google Translator offfline.


By doing so you will no longer have to have an active data connection but you can take advantage of the power of Google's algorithms.

To take advantage of offline translation, simply launch the app and open the menu, at the top left, to choose between the various items: Translations offline.

This way, even without a data connection, you can take advantage of machine learning for your translations.

How to translate text and images with Google Translate

With Google translate it is possible to translate a text highlighted with the camera. If you find yourself abroad at a station and have difficulty understanding the meaning of the signs, you just need to launch the Google Translate app and frame the text with your camera, and highlight the sentence you want to translate by underlining it with your finger on the screen. . After a few moments, the service will return the translated sentence to you.

How to use Google Translate as a voice interpreter

This is also a convenient solution. If you are abroad and want to have a short conversation with a foreign person, Google Translate speaks for you. When the interlocutor replies in their language, the Google app listens and translates for you.

How to use Google Translate as a dictionary

If you set Spanish to Spanish translations on Google Translate, the app becomes a real dictionary. For each word you will have: the meaning, the opposite and the synonyms. Great feature for anyone who reads or writes and isn't sure what a word means.

How to use Google Translate to translate handwritten text

With Google Translate you can enter a word or text to be translated using the mouse. To activate this feature, all you have to do is click on the pencil-shaped icon at the bottom left of the text entry box. If you don't see the icon, obviously this function is not supported for the language you have selected.

All you have to do is try the Google Translate app and see these revolutionary new features firsthand.

Also check out How to add Google Translate to our site.

Great Autumn promo from 12 to 17 September on Gearbest ❯

add a comment of Google Translate: here is the app that automatically detects the language in voice mode