La tech it has certainly turned our lives upside down, in many cases simplifying them. Almost anything can now be done directly from home, sipping a coffee in the morning or before going to bed at night. Even if the bureaucracy, especially in Spain, remains a complex and cumbersome system, the possibility of doing everything when and how you want has inextricably linked us to technology and digital devices, our faithful companions.

This could not fail to influence the economy and especially the terms of payment. In fact, in recent years the digital or electronic payment it quickly established itself, now completely replacing old processes.

The real revolution, however, concerns the massive use of electronic payments in the daily life of consumers. One above all is the diffusion of electronic invoicing which makes payment processes more monitorable and faster and SEPA which simplifies international transactions

According to Audiweb data, in 2014 Internet reached in Spain 39 million people aged 11 to 74, of which 29 million smartphone and tablet users, numbers that have made it essential to adapt to new technologies and new payment methods and to adopt new strategies. Every product and service will eventually go digital or will have to be rethought in order to have substantial digital components. The impact will affect and is already affecting e-money, business, people's lives. 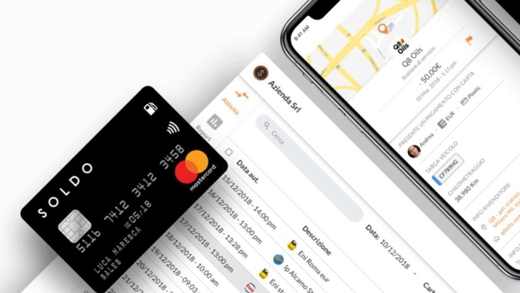 The most widely used electronic payment method is payment card. The card is a plasticized card containing various personal and financial data which during the payment process are read by the devices provided by the recipient of the payment and allow the money to be transferred by the cardholder to another person.


There are various types of cards:

- credit card: it is issued to the applicant by a financial intermediary and gives the holder the possibility to make payments up to a maximum monthly spending limit, and once exceeded, the card cannot be used until the following month. All payments are in fact advanced by the intermediary through the payment circuits, while the holder is required to return them at fixed deadlines, generally monthly, by automatically debiting the current account. Most credit cards, so-called balance cards, require the return to be made in a single solution, usually monthly, and without any interest being calculated. In any case, an annual commission is payable to the intermediary.

- prepaid card: provides that the holder deposits a certain sum to the issuing financial intermediary, then making payments until the deposited sum is exhausted. The prepaid card is generally used by those who do not have a current account or, above all, by those who make online or telephone purchases, as the risk of fraud is limited to the amount loaded on the card. They are very simple to obtain and at low cost. No card is as widespread as prepaid cards. They can be used for business management, such as Soldo Drive.

- Debit Card: commonly called ATM, it is issued by the bank when opening a current account or later. The payment amounts are debited with immediate effect from the holder's current account. With it it is also possible to withdraw cash at the ATMs of your bank or other banks, for a fee. These operations cannot exceed the limit of financial availability on the current account and the daily ceiling.

In addition to the cards we have other methods such as the mobile payment, which allows you to pay via smartphone or tablet, the cash or electronic money, the electronic transfer e the virtual wallet.

Customize the Title Tag and Keywords Tags in Blogengine.Net ❯

add a comment of Electronic payments, an increasingly widespread reality