EBooks and the revolution in the way of reading books

It was November 19, 2007 when Amazon revolutionized the way people read books by introducing the Kindle, an ebook reader that achieved devastating success in just a few hours. The Kindle was the first experiment with the e-link technology (electronic ink), the one at the base of the now widespread eBook reader whose features: black and white screen, weight less than that of a book and easily readable screen even in the sun, greatly excited buyers. 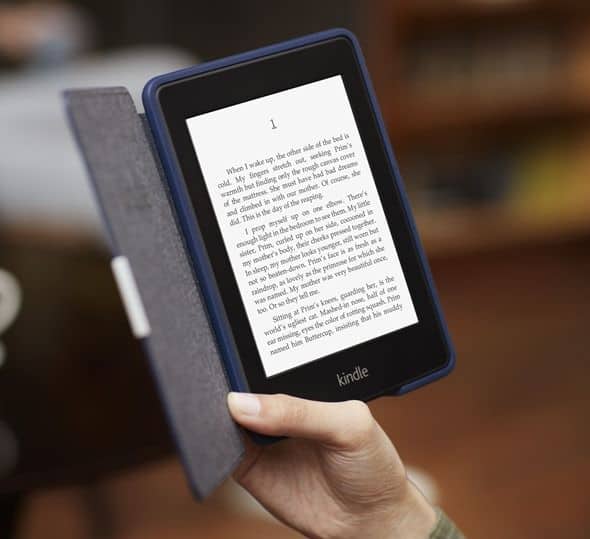 Over time, Amazon has made available new models with features such as 3G connectivity, with free connection wherever we are, touch screen and recently a new range called Fire, which represents Amazon's entry into the world of tablets.

Among all the Amazon offers there is, however, a clear distinction between the Traditional Kindles, i.e. with e-link ei screen Kindle version Fire. 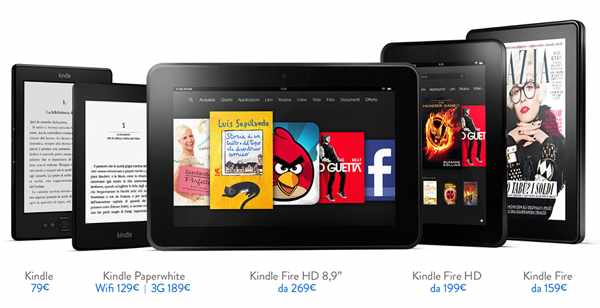 The first, the cheapest costs € 79 and differs from the Paperwhite model because it does not have a touch screen to move around the interface and change pages, furthermore its display has no backlight and is limited to a density of PPI (dots per inch - point per inch)

Kindle Paperwhite it is the next superior model and costs € 129, it boasts a screen with a density of 221 PPI, which has the advantage of being backlit. There backlight it can be dimmed and turned off when not needed to save battery. The screen in this case is of the touch type, but with moderate response times both in scrolling the pages and in searching for a book or typing an internet address in the integrated browser.


Il Kindle Paperwhite 3Gfinally, it adds free 189G connectivity worldwide to the price of € 3. This means that we can connect to the Amazon server to buy a new novel or take a look at the news. However, the service is limited and includes only 50MB per month, enough for the download of many books, but if we had to surf the internet for a long time, it would not be enough.

The models described so far, they all have 2GB of non-expandable memory, but enough to hold a couple of thousand books. 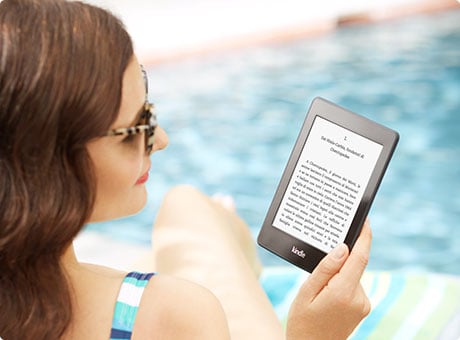 La e-link technology has many advantages, first of all the quality of the texts, so clear that it seems to be in front of a printed sheet. Il battery consumption is very low, since it is used only in the page change and theoretically it is possible to keep the device on for more than a month before having to connect it to a power outlet for recharging. The e-link does not need a backlight, but only in direct light, which means that we will be able to enjoy a novel lying on the beach, which is impossible with tablets. For some Amazon readers there is also the possibility of activating the backlight to be able to read quietly at night.

I Kindle Fire e i Tablet

In addition to the classic readers, Amazon recently launched the Fire version, a device with 7 inches and a completely different technology from Traditional Kindles. The main difference is the LCD display limited battery to a dozen hours and readability. The Fire has the same screens as tablets and PCs, so compared to its smaller brothers, it loses readability under the sun.


The Kindle Fire are made for those who want to buy magazines and periodicals, illustrated books and, in general, for those looking for a tablet. They are certainly not suitable for reading long novels like traditional models. The Kindle Fire is easy to navigate, view photos and movies as well as install applications. It has an operating system Android but it does not allow you to use Google Play services but only theAmazon App Store. 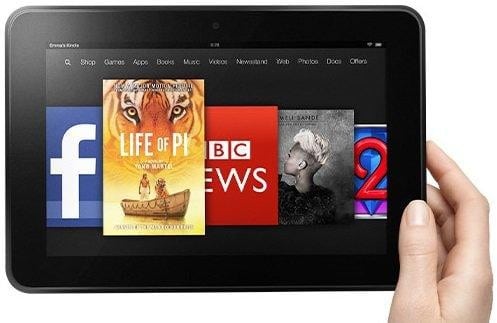 Il Kindle Fire costs € 159 and is the cheapest of the three. Multitouch screen two-point 7-inch, has a resolution of 1024 x 600 pixels, and the built-in memory of 8GB.

Il Fire HD, costs € 199 and is practically identical externally to the Kindle Fire, but the display reaches the resolution of 1280 x 800 pixels and the storage space can be 16 or 32GB, useful for installing Apps and movies.

Il Kindle Fire HD 8,9finally, it is a version with Full HD display from 8,9 in for those who prefer to see everything bigger. It costs € 269.

The eReaders for all devices

Although books that can be purchased on Amazon are protected by DRM, and readable only on Kindle, the creature of Jeff Bezos has made its own reading application possible on Mac, PC and Android, iOS and Windows 8 / RT devices. By downloading theFree App we will be able to connect with our Amazon account and download what we already have. The most interesting aspect of this software is that it is based on Amazon Cloud, consequently we can start a novel with one of the Kindles and finish it with a PC or an iPad. Of course, in order for this function to be active, all devices must be connected to the network, Wi-Fi or mobile.

However, Amazon is not the only source to draw from to buy digital books. There are many alternatives both in Spain and abroad, one among many is Gutenberg where thousands of texts are collected to be purchased and downloaded.