Best alternatives to WhatsApp for Android and iPhone

Best alternatives to WhatsApp for Android and iPhone. Some valid solutions to communicate with your friends in a simple and safe way.

Since it was founded in 2009, WhatsApp has become one of the best messaging apps in the world. Today it has 1,5 billion users in 180 countries, even more than the users of its Facebook companion, Messenger, which is presumably why Mark Zuckerberg's company was so eager to buy it for $ 19 billion in 2014.

But lately the WhatsApp application has been put to the test. In May 2019, malware was revealed that could potentially open all WhatsApp data to hackers. Since then, Facebook has patched WhatsApp so that the current version could no longer be hacked, but all of this still caused some doubts among users about its use.

That is why we began to wonder what the best alternatives to WhatsApp.

Best alternatives to WhatsApp for Android and iPhone 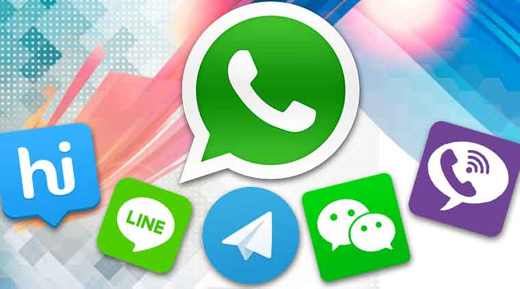 WhatsApp offers the end-to-end encryption, a great feature to protect your data, but if you don't know it, WhatsApp stores data on private servers that can be used for marketing by Facebook. Furthermore, in the case of extraordinary events, this data can be handed over to the government, which can give free space for hackers to access and retrieve information on phones and information of users who use it.

In this regard, I invite you to read the guide: How to decrypt WhatsApp conversations

After we have revealed the best alternatives to Skype, here is another article ready to help you choose alternative chats that can guarantee you privacy e safety. 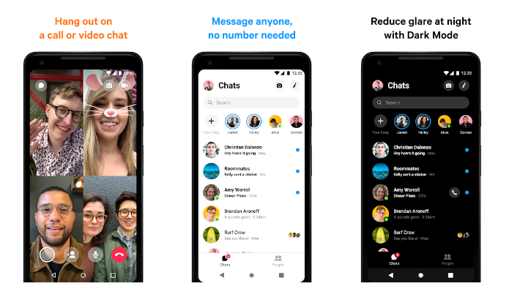 Facebook Messenger is a Facebook app, available for Android and iOS, which allows private messaging between individuals and groups. It is an alternative to Whatsapp but it may not be the best solution, given that Mark Zuckerberg announced his intention to merge Facebook Messenger, Instagram Direct e WhatsApp from a technical point of view.

Facebook Messenger and WhatsApp may continue to exist individually, but they will share the backend infrastructure. This means that you can send messages to people on WhatsApp via Facebook and on Facebook via Instagram, and so on (all encrypted), but it also means that as far as features are concerned, it will be like choosing between Coca Cola Zero and Coca Cola Light. 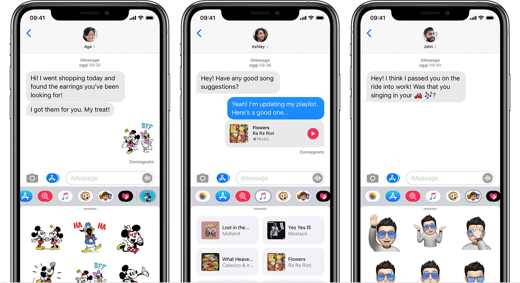 In response to the growth of WhatsApp, Apple has created its own chat app, called iMessage.

Already pre-installed on Apple mobile devices, with iMessage you can send iPhone messages to iPhone, with no character limits, and send photos, videos and many other things, thanks to a plethora of app integrations.

Specifically, this includes Apple Pay in some countries, so you can literally send money by SMS and of course Animoji (details emoji in movement and resume facial expressions). Press a button and instead of typing your missive, you can perform it like a 3D animal puppet, with the mouth movements of the fox, monkey or unicorn matching yours.

There is only one problem: iMessage is, by design, only available on Apple devices, so if you want to chat with your Android friends you have to go back to simply using old SMS of 140 characters. 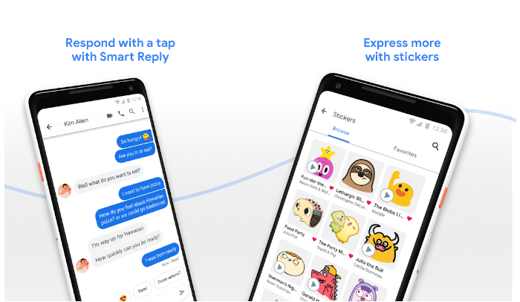 In response to Apple, and therefore to iMessage, Google launched its own messaging service just for Android simply called: Messages.

Available on the Play Store, it is considered the best chat for Android and also replaces your standard SMS app. The point in its favor is that it integrates seamlessly with all of Google's apps and services.

This means you can easily share images from Google Photos or use the Google Assistant to make a restaurant reservation with a friend right from the app.

Read also: How to Record Phone Calls with iPhone 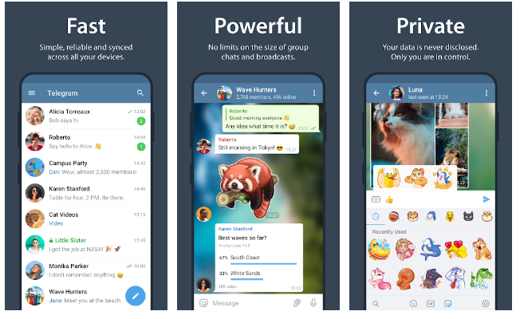 Telegram is a chat similar to WhatsApp and is perhaps its closest competitor in terms of functionality.

Available for Android and iOS, what sets the Telegram messaging app apart from others is that it doubles its security promises: not only are messages end-to-end encrypted, but it's also possible to set messages to self-destruct after a set period of time, leaving no trace of your conversations.

Another interesting feature is that, unlike WhatsApp, it offers the possibility to create secret channels, bots and chats, moreover it is also multi-platform: With apps available for desktop, mobile and on the web. 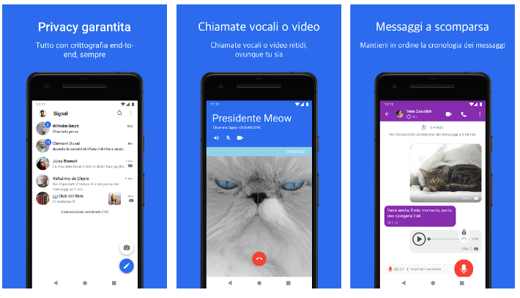 Among the best alternatives to WhatsApp some boast of their security credentials, but if you are really paranoid there is only one option in the world that will keep you safe: Signal. Available for Android and iOS, this app offers a suite of features similar to its competitors, as does the end-to-end encryption, but there's one big difference: the app itself is open-source.

This means that all of the code for the app is publicly available for viewing, making it impossible for creators to sneak into any backdoors that might allow governments or hackers to access your messages.

The app also got major approval to further strengthen its privacy credentials from the NSA whistleblower Edward Snowden.

6. Line, Viber, WeChat and others

There are other alternatives to WhatsApp that have millions of users. Reportedly, Line has 700 million registered users and Viber allegedly has 260 million active users every month.

Some of these WhatsApp-like apps also have several cool features - for example, WeChat has a whole ecosystem of mini-apps within the app, so you can shop, order taxis, and so on.

We do not recommend switching to these apps as they may not be that useful. Because? Because they are either not very used or they are famous only in some countries.

WeChat dominates China, Line is the go-to messaging app in Japan and BlackBerry Messenger it is very popular in Indonesia which is great if you live there. But if you are in the UK, Spain, the US or Australia, you won't find many of your friends on these apps.