Complete evolution of iOS 8, theiOS 9, Apple's mobile device operating system, was unveiled at the WWDC of June 2015 to be downloaded in the fall of this year.

The update is available for the following devices:

To upgrade, simply start the OTA procedure from the "Software update" from "Generali”Or you can connect the device to iTunes. 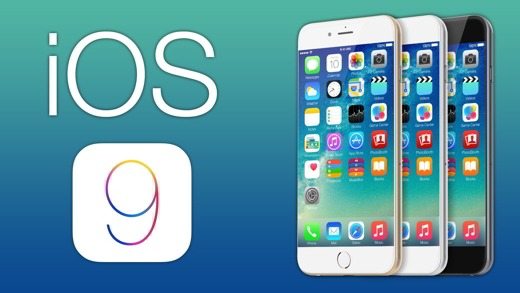 The new iOS 9, which has kept the minimalist aesthetic, brings significant changes that can make life easier for the user with high performance and an eye for energy saving, the Achilles heel of all latest generation mobile devices. iOS 9 is not only compatible with non-new iDevices but also provides reduced weight updates compared to its predecessors (about 1 GB), moreover through the low consumption it is possible to obtain an extra hour of battery life.

But let's see the main news, in addition to the features, that iOS 9 has introduced on iPhone, iPad and iPod Touch.

Apple Maps have evolved: a guide has been introduced with directions on public transport stops, their route and waiting times. The consultation of Apple's cartography is enriched with the “Nearby” option, useful for identifying restaurants, clubs, shops and much more. In addition, significant improvements have been made in the quality of the indications and the inclusion of a service from the street level, very similar to Google's Street View.

On Maps it will be possible to view the nearby merchants enabled for the Apple Pay payment system. 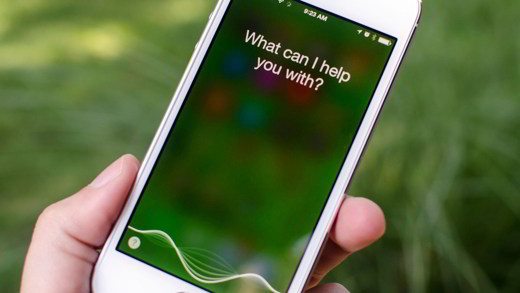 Apple's voice assistant has been significantly improved by increasing its ability to understand user requests. Siri is now able to suggest restaurants, contacts to call and other things without having to type anything. In addition to a real-time search on the device and on the web, Siri also provides information regarding the weather, football matches and much more.

In addition to the rich-format support with bold and italics, already present with iOS 8, the Notes application has been improved through the introduction of the mode of writing texts and notes by hand, choosing between pencils and digital pens. All in anticipation of the Apple Pencil. Everything is synchronized with the various Apple devices through iCloud, and can be shared with Safari, Messages, Maps, Twitter and much more. 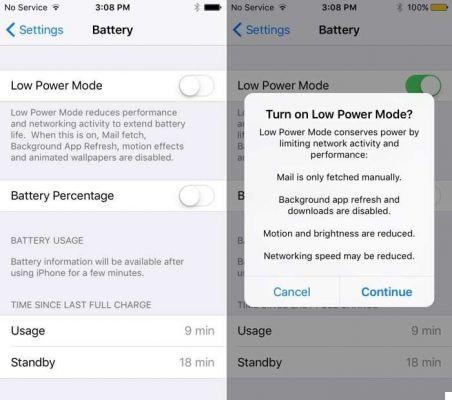 With iOS 9 it is possible to activate energy saving. In that case the battery icon will turn yellow and network performance and activity will be reduced to preserve the remaining autonomy.

Newsstand in iOS 9 has been replaced by News. Here it will be possible to consult and collect news, basically a container of updates from the best publishers in the world. Divided into boxes and panels, the user can identify, in News, the most interesting news by customizing sources and categories in a magazine. The app is able to understand the tastes of the owner based on the news read. 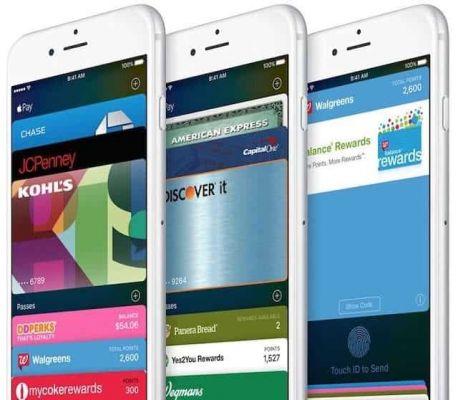 With iOS 9, Passbook changes its name. With Wallet, you can enter digital versions of credit cards for use with Apple Pay. With Wallet you will also find a section to identify new shops and stores not far from where you are. 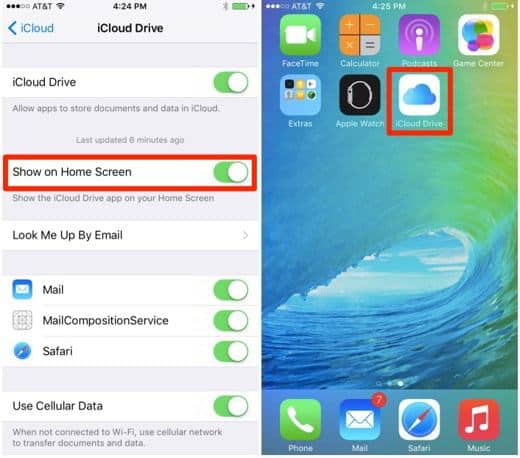 Changes are also visible in the iCloud Drive service. On iOS 9 there is an icon on the HomeScreen that allows you to access the Apple cloud as it happens with other cloud services: Dropbox, OneDrive and Google Drive. 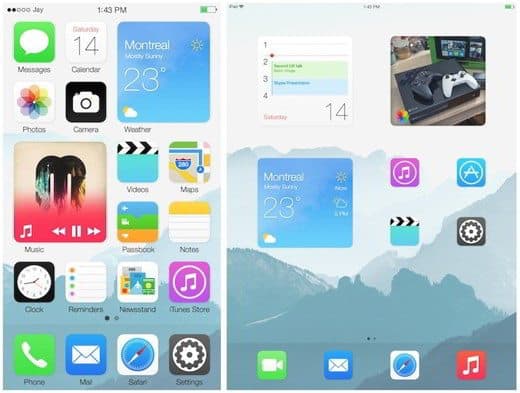 In the Notification Center, new widgets have been introduced with iOS 9 including Battery, which will allow you to determine the level of remaining battery life of the iPhone. 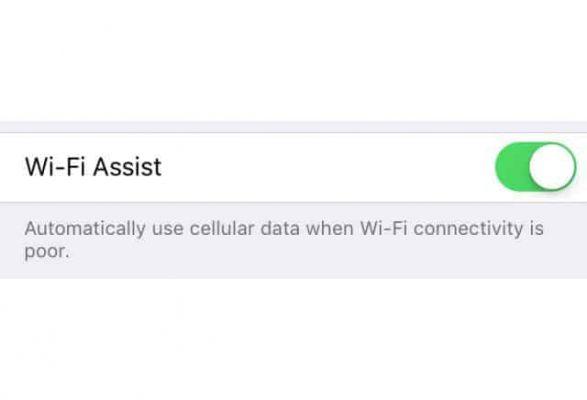 Added with the new operating system, Assisted Wi-Fi will allow you to switch to the Wireless connection to leave the mobile one when the first is not recognized as acceptable. It is important to pay attention to the residual data traffic.

Navigate between the apps 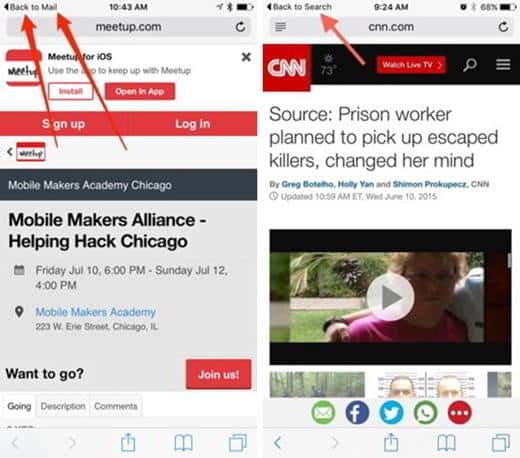 With iOS 9 has changed the scrolling tab graphics where apps are displayed in Stand-by. Once you have chosen the app manually by pressing the Home button and opening a new one, it will be possible to quickly reopen the previous app through the wording at the top left "Back to" 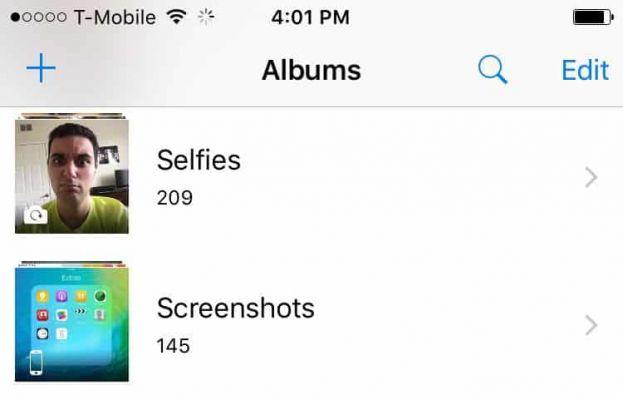 Revolution in Multitasking for iPads 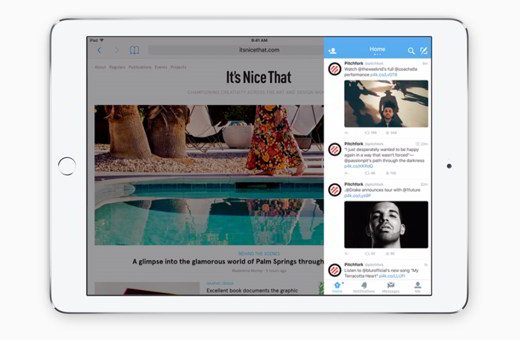 With multitasking two new features have been introduced, Slide Over which allows you to open a column on the right in landscape mode, in order to open a second app without leaving the main one e Split View, to keep two apps open at the same time in landscape mode. Another function is Image in the image which allows you to view a video or FaceTime call in a pane of the display while you are using another app. Another revolution is the use of the keyboard as a kind of trackpad to speed up the operations carried out on the texts.

add a comment from iOS 9: features, compatibility and news