Dead or Alive 5, revealed a character of Virtua Fighter 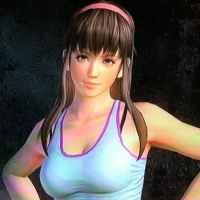 A new female character in DoA.

Yosuke Hayashi, head of Team NINJA, said: "Players will be able to participate in unforgettable battles with an exceptional character, Akira Yuki !!" and also "This year will be very important for all our fans, the best fighting game is coming".

The release date of the title will be announced in the coming months, expected on the Playstation 3 and Xbox 360 platform.

IN DEAD OR ALIVE 5 A VERY UNEXPECTED CHARACTER ...

The new fighting game from Team NINJA will have Akira Yuki from Virtua Fighter on the roster.

LONDON (March 5, 2012) - SEGA and Tecmo Koei Europe are happy to announce that the famous Akira Yuki, star of the Virtua Fighter series, will be a playable character in DEAD OR ALIVE 5. For the occasion, Team NINJA has released a new trailer set in a previously unreleased stage that shows Akira Yuki fighting against the characters of DEAD OR ALIVE.


Yosuke Hayashi, head of Team NINJA, said: "Players will be able to participate in unforgettable battles with an exceptional character, Akira Yuki !!" and also "This year will be very important for all our fans, the best fighting game is coming"

Moved by the pursuit of perfection and a desire to master all the techniques of his opponents, Akira entered the Dead or Alive 5 roster. Using the Chinese technique called Bājíquán, Akira is now a mature and serious fighter despite his past. a real hothead. In this trailer we see Ayane and Kasumi fighting until Akira enters the scene, the footage is set in a brand new stage…

In a cave, hidden in the heart of the jungle, a ruined old raft serves as a fighting arena. If the player throws the opponent to the edges, the raft will start to move and split, increasing the difficulty of the fight. Players will have to train hard to win !!!

Do you want to complete all the achievements and trophies and know all the tricks, guides and secrets for your video games? SoulTricks.com is a group of video game fans who want to share the best tricks, secrets, guides and tips. We offer the best content to be a source of useful information, so here you can find guides, tricks, secrets and tips so you can enjoy your games to the fullest. Are you ready to get all the achievements of that game that you resist so much? Enter and enjoy your favorite video game to the fullest!
Back to the Future Walkthrough: The Game - Episode 1 ❯

Dark Souls, Namco announces the release date of the DLC Artorias of the Abyss

Add a comment from Dead or Alive 5, revealed a character of Virtua Fighter