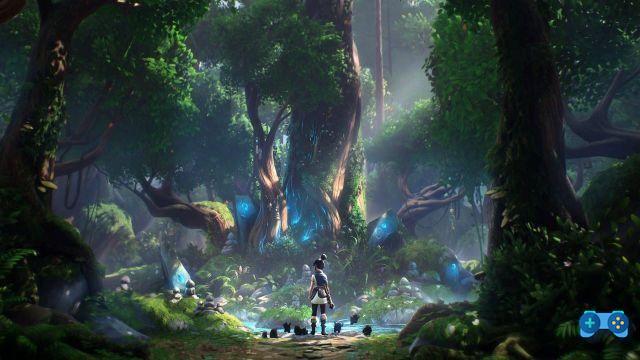 Last 11nd June, Sony, as well as having amazed us with the first images of the new one PlayStation 5, showed us some titles that would make their next-gen debut. Among these, the colorful and decidedly interesting Kena: Bridge of Spirits, let's talk about the title that in a few moments managed to make many gamers fall in love.

The reasons for this success are due to the visual impact offered during the teaser trailer. In fact, the video game made by the guys from Ember Lab intelligently combines the universe Pixar and that of Studio Ghibli. The protagonists of this love at first sight, however, are the very tender and very nice Red, those little black spirits that will accompany our protagonist in this incredible adventure.

This very special video game was born from the efforts of Mike e Josh Grier, founders of Ember Lab, a studio that over the years has been involved in creating 3D advertising content for large companies, from Coca-Cola ad Hisense, without forgetting the impressive short film based on The Legend of Zelda Majora's Mask and which has decided to make the "leap" and move to the videogame industry.


The founders immediately declared what the strengths of their product will be, talking about a story capable of mixing adventure, personal growth and redemption, without neglecting surprising gameplay. Furthermore, the intelligent choice of a “cartoon” graphic style will certainly avoid the fast obsolescence to which modern video games have accustomed us.

Let's find out together everything we know so far about this interesting title coming to PS5, PS4 and Epic Games Store.

The story of a girl and her mission

This Ember Lab adventure will lead us to put on the shoes of Kena (pronounced KAY-na), one Spiritual guide charged with protecting the Rot and helping all the corrupted or trapped spirits she encounters on her way.

In fact, within the world conceived by the development team (made up of 15 people), the spirits who have suffered serious trauma in life or still have to solve some outstanding issues remain trapped in this limbo causing many problems to the living, it will be the task of the girl take matters into their own hands and help them leave this world.

All this is only part of the adventure that the girl will have to complete. Your main goal is to achieve the Sacred Sanctuary of the Mountain, and to get there, you'll need to ask the elderly village keeper for help. Only when Kena understands its power will it be able to access it and restore the ancient power it houses, long forgotten.


Obviously it will not be an easy journey, in his arduous path of growth and redemption Kena will have to use all his knowledge of the afterlife to free spirits entangled in the tragedies that the village has experienced. 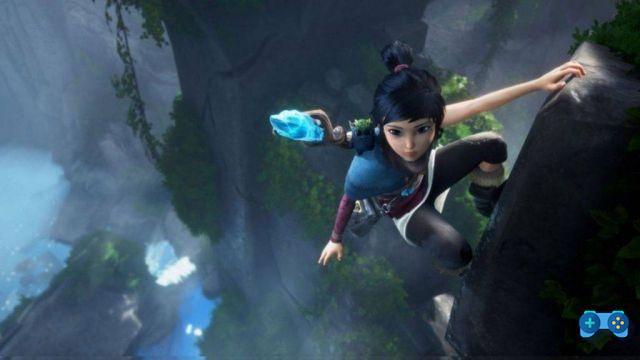 Kena: Bridge of Spirits presents itself to gamers as a third-person three-dimensional action-adventure title that will lead us to control the young Spiritual Guide Kena. One of the peculiarities that struck players right from the start concerns the style of play, largely inspired by the 3D adventures of The Legend of Zelda, specifically to Breath of the Wild. Obviously if you have seen the care with which they worked on the short film “A Terrible Fate”, dedicated to Majora's Mask.

The title, inside it houses two souls, or that platform, which involves completing certain tasks by jumping here and there along the game mode or by solving certain puzzles, and that action. The latter leads us to talk about the combat system, and this is where the particular scepter that the young girl carries with her comes into play. Such a magical item can come in handy as lancia, sword o arc, not forgetting that it may be able to cast offensive or defensive spells.

During hand-to-hand combat, you will also benefit from the possibility of dodge quickly attacks and resort to parry. At present, we don't know if our heroine will be able to move and attack using the approach stealth. 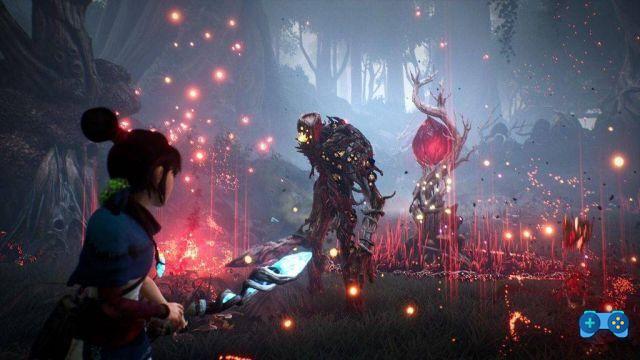 The Rot, what are they what they are for?

It is useless to state the contrary, these little furry creatures have managed to enter the hearts of gamers since the first minutes of the trailers, but how will they be useful for Kena's courageous undertaking?

After freeing them, these particular creatures will help you in different situations, give it moving objects to solve environmental puzzles to the distraction of enemies. All this without ever forgetting their usefulness in combat. In fact, once these cute sprites acquire enough courage, they can be deployed in battle and give a lot of trouble to the enemies.

Another important dynamic concerns the management of these cute little black creatures. In fact, you can coordinate your cute army within a dedicated menu, taking a cue from the gameplay of Pikmin. In addition, through the menu in question, you can customize your Rot with gods hilarious hats (some available via pre-order bonuses). 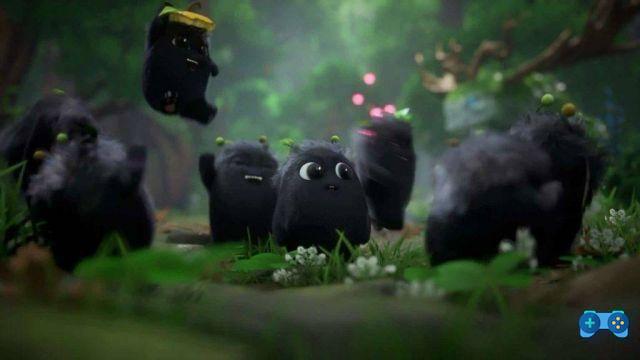 Although Kena: Bridge of Spirits was presented to gamers as a PS5 title, we know that it will also land on the previous console, but how will the performances be? At present, the guys from Ember Lab have only shown us the next-gen version of the game, so we don't know how it will render on screen on other platforms once it is available on the market.

However, some statements by Josh Grier they might give us an idea. Indeed, the CEO of the development team said he was happy to be able to work on PS5, because, the time spent developing on the previous platform is comparable to a nightmare. This statement does not mean that PS4 is a console that is not worth developing on, but it does mean that a more powerful and performing machine was needed to achieve certain results.

Indeed, thanks to the new console from Sony, gamers will benefit from faster uploads and environments more and more alive. All without forgetting the possibility of see at least 100 Rot at the same time. Furthermore, having studied DualSense extensively, the development team has ensured that the game will make good use of the haptic feedback and adaptive triggers (the latter will manage the use of the bow). 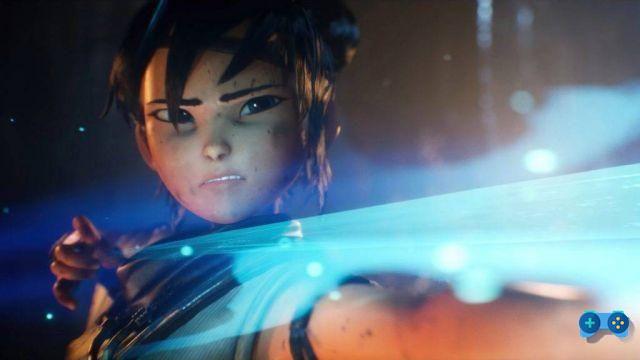 After watching the various trailers, can't you wait to find out what Kena: Bridge of Spirits has in store for you? The last one State of Play put an end to the anxious wait for a date by announcing that the title will arrive, exclusively in digital form, on PlayStation 4, PlayStation 5 e PC (via Epic Games Store) the next 24th August only 39,99€.

Along with the release date, the guys from Ember Lab have announced that the video game will be available in both Standard than in version Deluxe. The first will "just" offer us the basic game experience. The second instead, for only 10 € more, will include a number of interesting additional content, including: 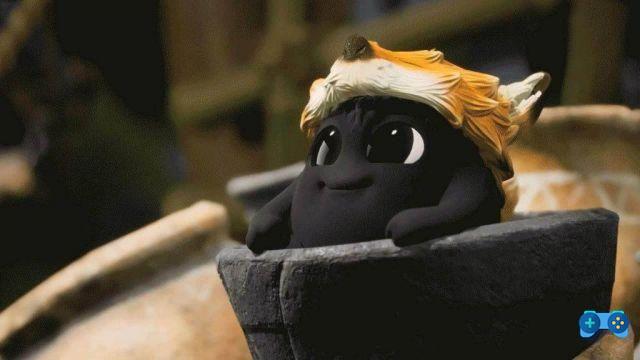 DLC and the future

During an interview with the boys of Official PlayStation Magazine, the co-founders of the development studio also hinted that in the future the title could be further enriched through DLC. The latter should introduce new spirits / bosses ed settings, however, everything will depend on the reception that players will reserve for the title as soon as it lands on digital stores around the world.

Stay with us for more information regarding this interesting video game. In the meantime, let us know in the comments if you too are looking forward to the opportunity to have fun in the company of young Kena and the very nice Rot.

add a comment of Kena: Bridge of Spirits, everything we know so far