FIFA 11, first sales figures and Ultimate Team mode that can be downloaded for free 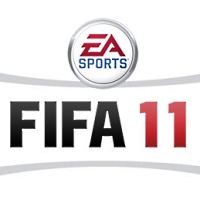 About a week has passed since the arrival in the shops of the highly anticipated football simulation FIFA 11, after a short time the first sales information arrives.

Electronic Arts has in fact announced that it has reached 2,6 million during the weekend of the release, and having achieved a turnover of about 150 million dollars in about a week.

Well, to celebrate these important results, the arrival of the usual modality has been announced Ultimate Team FIFA 11, which in practice allows users to play through a sort of virtual stickers to be downloaded through the appropriate online services. It has been announced that this particular game mode will be released in November 2010 and will be downloadable via Xbox Live and PlayStation Network for free. Below you can admire some dedicated screenshots.

Finally we leave you to the official press release:

EA SPORTS FIFA 11 BEYOND EVERY RECORD

WITH EXTRAORDINARY SALES DATA IN THE FIRST WEEKEND

The largest sports game launch ever in EA history with over 2.6 million games sold and over $ 150 million in turnover in less than a week

REDWOOD CITY, Calif. - October 5, 2010 - Electronic Arts Inc. (NASDAQ: ERTS) today announced that the launch of EA SPORTS ™ FIFA 11 has broken all previous records in EA history. Based on internal estimates, FIFA 11 proves to have exceeded all sales predictions with 2.6 million copies sold to the final consumer in Europe and North America on Saturday 2 October alone. FIFA 11 is the fastest-selling sports game to date and its most successful launch worldwide.

EA SPORTS is also pleased to announce that FIFA 11 Ultimate Team, one of the most played, dynamic and interactive modes in the FIFA franchise, will be available free for PlayStation®3 and Xbox 360® this November.

"We are genuinely thrilled at the welcome fans have given to FIFA 11, and are thrilled to offer one of the franchise's most popular modes for free - FIFA 11 Ultimate Team," commented Peter Moore, President of EA SPORTS. . "This is a momentous success for EA SPORTS - we have exceeded all expectations in terms of retail sales, critics have defined FIFA 11 as one of the most authentic and innovative titles ever created in the gaming world, and fans who have connected online to date. to compete with each other around the world they have already reached a record number in terms of online matches. "


Among the notable achievements of FIFA 11 since its launch on September 28 in North America and October 1 in Europe:

FIFA 11 reinvents the authenticity of players - with and without the ball - with the brand new Pesonality +. Individual skills are now mirrored in the game, allowing for a clear differentiation of each player on the playing field. Plus, experience the true freedom of player interactions with 360 ° Ball Fight which transforms physical play from simple side thrust to 360 ° tackles and the new Pro Passing, where accuracy of passing is determined by skill. of the player with the joystick, the skill of the player, the situation and emergency conditions on the playing field. In addition, players will have the opportunity to play as the goalkeeper and experience the thrill of one-on-one confrontation, diving for a save on a set piece, pressure on the corner kick and keeping a clean sheet.

FIFA 11 Ultimate Team challenges players to build a team with the greatest football stars from around the world by earning, buying, selling and even bargaining with other Ultimate Team players around the rest of the world. They can strategically create teams to get the best combination and the best team level, and then take it to the field to compete in online and single-player tournaments that are updated weekly.

FIFA 11 Ultimate Team features numerous improvements based on what gamers demand. Players can now pit their ultimate team against their friends' best teams in online matches in Play a Friend mode - the most requested novelty. Furthermore, when they are away from their consoles, players will be able to engage in the auction and trading system on the web thanks to an enhanced Ultimate Team application and directly linked to the Ultimate Team console experience.

We conclude by reminding you that Fifa 11 is available in stores since last September 29 on PC, PlayStation 3, Xbox 360, PSP, Wii, DS and PlayStation 2 platforms.

Do you want to complete all the achievements and trophies and know all the tricks, guides and secrets for your video games? SoulTricks.com is a group of video game fans who want to share the best tricks, secrets, guides and tips. We offer the best content to be a source of useful information, so here you can find guides, tricks, secrets and tips so you can enjoy your games to the fullest. Are you ready to get all the achievements of that game that you resist so much? Enter and enjoy your favorite video game to the fullest!
Assassin's Creed Odyssey: Legacy of the First Blade, trophy guide ❯

Rock Band 4, officially announced for PS4 and XBOX One

Back4Blood is shown in a video of the developers

Add a comment from FIFA 11, first sales figures and Ultimate Team mode that can be downloaded for free