After theacquisition of WhatsApp, Facebook has displaced everyone by acquiring for 2 billion dollars Oculus VR, the manufacturer of the virtual reality headset Oculus Rift.

Facebook expands, and after the world of photography with Instagram and messaging with WhatsApp, it's the turn of the virtual reality. 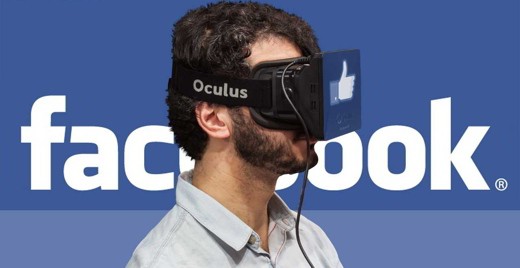 Oculus Rift, it is in fact, a viewer designed exclusively for the Games with a screen that draws two images, one for each eye, to completely immerse the player in the virtual world. Sensors and accelerometers reproduce the movement of the head in the game environment; it will be enough to move the head, as in reality, to look around us.

But Oculus Rift isn't just videogames; this device can adapt to many applications also allowing the watching a movie o browsing the web.

As Zuckerberg puts it: "Oculus has the ability to create the most social platform possible, and change the way we work, play and communicate." And again: "Imagine being able to see a game on the sidelines, to consult with a doctor face to face, or study in a class with teachers and students connected from all over the world".

At the moment Oculus VR does not have any products on the market yet although it is possible to order the second version of the development kit for approx dollars 350; have already been 75 thousand sold and considering that we are talking about a prototype they are not so few. Surely with the acquisition of Facebook, production times will change considerably also because Sony and Microsoft, which are working on the same front, will not stand by and watch.

Where to download the Covid Green Pass: how to get it ❯