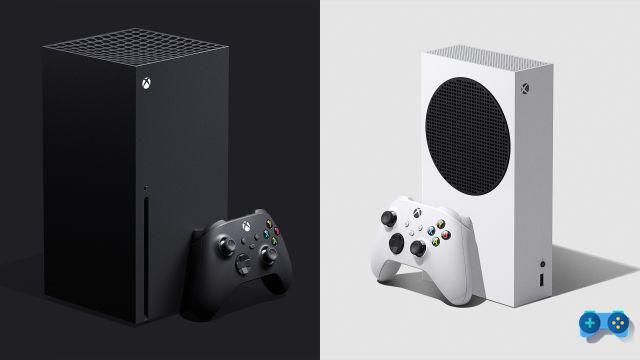 The new next gen consoles by Microsoft products, Xbox Series X and Series S have more than one option when it comes to external storage, but what are the differences?

After months of waiting, finally the Redmond giant has announced the release date of Xbox Series X and Xbox Series S, set at November 10 2020. We at Soultricks.com have already dedicated several articles explaining the most relevant details for the next generation of Xbox hardware (which you can check out on our site), but there is something particularly important in the X Series and S Series that some might not fully understand, that is, the inclusion of expansion cards.

Ahead of the systems launch in November, here's what we know so far about how we can expand storage on the Xbox Series X and Series S.

Xbox has once again partnered with Seagate, known for producing quality hard drives for both PC and console. Together they are creating expansion cards that look similar to the memory cards on the PlayStation 2, but function differently from the standard system memory.


Both Xbox Series X and Series S come with a Solid State Drive as a form of internal memory, with 1TB for Series X and 512GB for Series S. With a Solid State Drive, games will load much faster than the current generation. With expansion cards, this will naturally expand the storage space available to download titles to your Xbox, but it will also benefit from the SSD inside the Xbox itself, unlike an external hard drive. The Xbox team has tried to implement expansion cards in the past during the 360 ​​generation, but they have never been successful.

As of now, it appears that there will only be expansion cards of the size of 1 TB, and it is not known whether or not there will be larger ones in the future. These cards are unfortunately proprietary, so only Xbox and Seagate cards will work on Series X and Series S. At the moment, the price for the Xbox expansion cards has not yet been revealed, but there are rumors that it may be around $ 220.

For those who are not interested in expansion cards, both the X series and the S series will support the classic USB hard drive, so you can buy and connect an external hard drive. However, games installed on it will not get the benefits of the consoles' Solid State Drive. Portable external hard drives can go up to 5TB, priced just over $ 100.

Do you want to know all the distinctive features of PS5, Xbox Series X and Series S? Take a look at our dedicated article:

What storage do you need to buy for the Xbox Series X / Series S?

It depends on your personal preferences. In general, expansion cards will offer less storage but faster speeds, while external hard drives will provide more storage at lower speeds. Both options are valid for Xbox Series X and S and can both be used simultaneously; you don't necessarily have to decide between one or the other. Hopefully, it will be cheaper to have both in the next few years.

We remind you that Xbox Series X and Series S will be released on November 10, 2020. Pre-orders will be available starting September 22.

Assign a fixed letter to the disks

Defrag won't start: how to fix

How to burn an ISO image

How to recover lost files with Wondershare Data Recovery