Among the various techniques of cataloging and indexing web content, Google uses the algorithm known as PageRank. The PageRank algorithm is still one of the most important elements for ranking web pages. 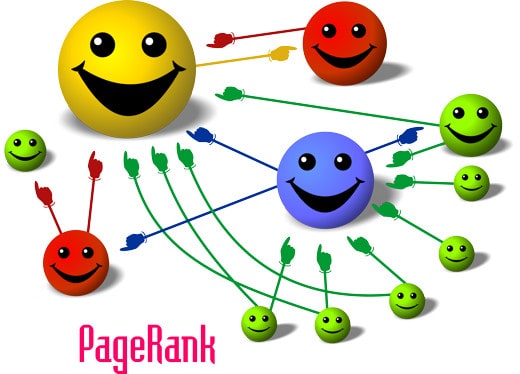 Since its introduction the PageRank made its weight felt, particularly in the fight against spam, which had from that moment more operational difficulties, having at that point become useless its nesting in the source code of a site. From that moment on, the metatags saw their importance diminish, while the links towards the site acquired a lot of them, given their contribution of authority and relevance.

The algorithm devised by Brin and Page allows to obtain a ranking of the pages independent of the queries. The classification takes place periodically. PageRank (page rank score) is given by a formula with a calculation system that attributes to each individual indexed web page a value ranging from 0 to 10.

Google combines the PageRank values ​​with the relevance values ​​in order to sort the pages returned in response to a query. PageRank can therefore be considered a more refined and complex version of link popularity.

Google clearly says not to dwell too much on PageRank, but to also consider other metrics, such as:

PageRank has been a reference point for many Webmasters for years but today we must also take into account the metrics are cited. For example, if we have an e-commerce site with many daily visits and a high PageRank but only two actual users have made purchases, then you have to worry and realize that something is wrong. In this case, PageRank is just a number, a reference metric that must be the starting point of an SEO and Web Marketing campaign. Instead, it is necessary to analyze metrics such as the time spent on the website, the trend of visits and the CTR. 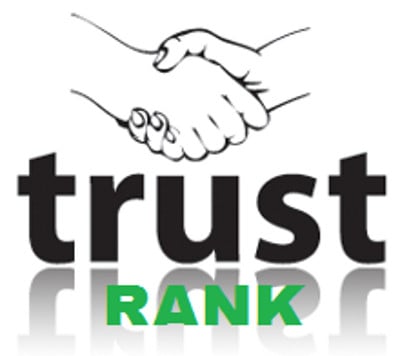 To combat spam, the TrustRank, an algorithm originally patented by Yahoo! but then acquired by Google, partly based on the site assessment by humans.

TrustRank's function is to help improve the ranking of a page or website. The process of defining whether a page can be considered spam is summarized in three steps:

Current trends, such as social networking, increasingly push Google to constantly update its algorithms to improve its index in order to provide the user with increasingly optimal results.

PageRank, explained above, is now an increasingly outdated concept that will most likely be integrated, updated and expanded throughAuthorRank. The concept is simple: the identity and reputation that produced certain content could be used by Google to influence the evaluation of search results when they are indexed.

The identity can be ascertained by means of a digital signature, the rel author, which will help Google make it clear who the author actually is, what niche he is active in and who his followers are. In fact, Google uses the rel=”author” e Google + to tie theidentity of the author to their content in this way it will be possible to link users and content creators whom we trust and who have a good reputation within the web world.


The AuthorRank will serve to improve the PageRank, as it will allow Google to identify the authors who will build the link graph of the web pages.