The evolution of the mobile market in all its forms

One in four Spaniards uses a mobile phone or smartphone to connect to the Internet. According to a study released a few years ago, more than 13 million Spaniards "they navigate on the go”Allowing a strong and constant growth of mobile broadband connectivity.

Revenues come mainly from flat rate plans and by smartphone, while by the content provider the offer of increasingly optimized content for use on the move is growing. In short, even in Spain, the mobile market seems more mature. 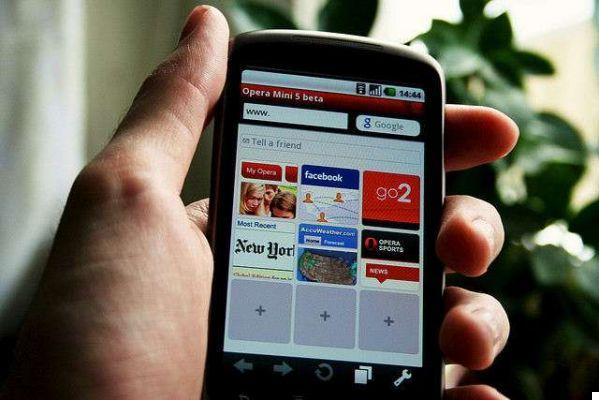 Therefore, the need for companies to convey their presence on the Internet and communication through mobile devices is growing. And those who work in Web design see the possibility of new challenges and new opportunities to be seized, having to update their skills in order to also respond to development needs.

In recent years we are witnessing a real battle for the affirmation by giants such as Google, Apple, Samsung in the world of tech mobile devices. The Asian giant Samsung in the first quarter of 2013 alone has already beaten the competition with the distribution of 70,7 million smartphones. The eternal rival Apple stopped at 37,4 million, while after LG, third place, all the others (Nokia, HTC, Sony, BlackBerry and Motorola) no longer fall into the category of major manufacturers.

Same battle is in the affirmation of one operating system over all the others. To date Android holds the 69% of the smartphone market, and the 37% of the entire mobile phone market against the only one 11% di iOS of Apple. The other systems, Blackberry e Windows Phone Number, with 4% and 2% respectively, do not worry the big names in the sector.


From an IT point of view, The Internet has introduced a new paradigm in application development. We have gone from desktop programs to web applications accessible anywhere, using a simple browser. Mobile devices are the next revolution: information and applications that were accessible from a PC are now within reach of a smartphone or tablet. For developers, therefore, the creation of websites and the development of applications must necessarily exploit the characteristics of these devices.


Each platform is based on a specific programming language different from the others. Know well the languages ​​such as Objective-C, Android, C ++, etc. it is not within the reach of all Web designers, who can still take advantage of the main feature that unites all smartphones on the market: the Internet connection. By relying on the Net, it is possible to create not only simple sites but also Web applications for mobile devices with advanced functionality and professional look and feel.

Last but not least, the Mobile market also opens up opportunities on the Web business:

The evolution of job search on the web ❯