In this simple article I will explain to you how Google Translate works both with the desktop version that can be used from the PC and through the app for smartphones and tablets.

Google Translate or Google Translate is a free service offered by the US company for the translation of sentences, documents and entire web pages into multiple languages. 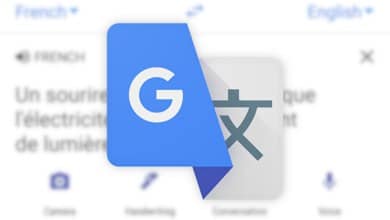 At the time of his birth, back in 2006, Google translator it only allowed translations of single words or short sentences and the option offline it used a series of phrases preset by default on a database, with a high percentage of errors.

After fourteen years we can say that the service has considerably evolved: the company has worked hard to improve the quality of its translator, implementing machine learning even in the offline version and expanding its functionality.

Currently the functions offered by Google Translate include:

Google Translate supports 103 different languages ​​and is used daily by over 200 million users.

In this guide we will see together how google translator works, analyzing the different functions offered by both computers and smartphones, in order to make the most of its potential.

How to use Google Translate on PC

Let's start with the web version of Google translator: it can be used by any browser at this address.

To request the translation of a text, you can take advantage of several options:

Freehand translation: the ideal choice for languages ​​with different alphabets or ideograms. In this case you will have to press on button in the shape of a small triangle pointing downwards (located next to the keyboard icon at the bottom right) and choose the item Freehand language-writing.

Voice translation: you can enter the text to be translated by voice. To take advantage of this option you have to click microphone icon, lower left. This option is only active on Google Chrome.

3. Translation of a document

Translation of a document: to be able to translate a document on your PC you simply have to click on the button Documents. At this point, all you have to do is choose Detects language and then the language in which you want to be translated: to upload the document click on Search on your computer and open the file to get your translation.

4. Translation of a web page

Web page translation: to be able to translate a web page, simply enter the URL in the text field on the left and click on the URL to be translated.

Furthermore, in the area to be translated, the number of words you can enter is clearly visible at the bottom right. Beyond 5000 words, Google Translate will continue to translate creating a sort of pagination.

A really cool aspect of Google translator is the ability to hear the pronunciation of a text, which is quite useful for those wishing to learn a new language. To do this, just click speaker icon (next to the microphone).

The only limitation of the web version of Goggle translator is that it does not allow offline translations, an option offered by the version for smartphones and tablets, which we will analyze in the next paragraph.

How to use Google Translate on smartphones and tablets 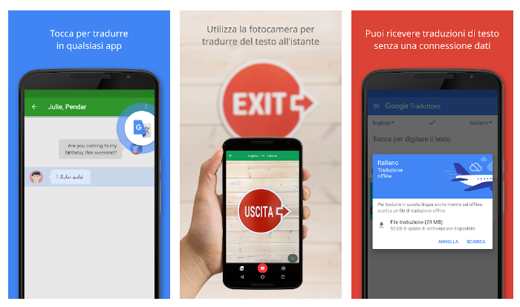 In order to take advantage of the mobile version of Google Translate, you need to install the specific app on your smartphone (currently only available for Android and iOS).

The interface of the Google Translate app is organized in a simple and intuitive way: at the top you will find the choice of languages, in the center an icon that allows you to reverse the order and at the bottom the text entry field (maximum 5000 words ).

Immediately below you will notice four interesting icons:

But it didn't end there.

If you press on menu key you will find several items:

For further information, I invite you to read: tricks to better use Google Translate.

Although Google Translate truly a great translation tool, it's not the only app designed to deliver instant translations to users. There are other apps to translate and can offer a service similar to that of the Mountain View company.

Among the main competitors of the Google translator we find: