TEAC introduces the new A-R650 amplifier to the market 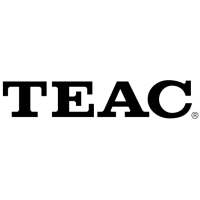 The Exhibo distributor informs us through an official press release that the amplifier is available for the market A-R650 made by TEAC.

This stereo model features seven inputs including the much loved Phono for those who still use vinyl records.

Below is the gallery of images and the official press release with all the product details:

The new TEAC is quite unique: seven souls (the inputs) and a voice (the mixable microphone).

April 14, 2011 - Officially included by the parent company TEAC in the latest HiFi catalog released towards the end of 2010, the recent integrated stereo amplifier signed TEAC A-R650 arrives in Europe thanks to the official distributor Exhibo SpA of Vedano al Lambro (MB).

Starting from the concept that there is never a second chance to make a good first impression, it must immediately be emphasized that the aesthetic impact is very successful even if the market lately has accustomed us to decidedly more noisy products for aesthetics.


Although also available in the "silver" version, the best is given "in black", serious and aggressive enough, it is elegantly proposed to be adopted in any home or office environment, with its neat front on which they stand out, at a regular distance on the sides, two knobs (oops, pardon! We should say "rotary controls") larger than the others.

They are those of the general volume, on the right, framed by a circular scale expressed as attenuation in dB with respect to the maximum output and a second knob - of the same diameter - that allows the selection of the inputs, on the left. to listen - on one or both pairs of output speakers provided - to each of the inputs: two auxiliaries at line level, a generic "tape" or CD-R player, an external tuner, a CD and even a "Phono" turntable .

A touch of aesthetic preciousness is given by the switching of the seven input sources which is indicated by the lighting of an elegant blue LED slightly recessed under the respective screen-printed item corresponding to the input; all arranged in an optical line and centered with respect to the amplifier cabinet, in a high position above the equalization controls. Just below the indication of the inputs there are the three classic controls typical of the amplifier, namely the adjustment of high tones, bass -with intervention of +/- 5 dB and balance.


Also on the front, the controls that allow you to act on the Loudness (for a more pleasant compensation of the response when listening at low volumes), on the muting (which mutes the music in case of need) and on tape monitor 2 (for the listening to a possible recording while we are making it), the ignition controls, stand by, the infrared remote control sensor and the headphone output with gold-plated jack.The real highlight of this amplifier, in addition to the presence of the input for the traditional turntable with magnetic head that is back in fashion is the presence of a front input - a gold-plated jack - for an external microphone and respective volume adjustment.

This allows you to perform functions as a DJ with announcements or karaoke with sung on the music program currently in play, mixing the microphone as we want. . After all, a retro aesthetic that fits into the classicism for this product line and a considerable weight of nine kilos, which are accompanied by a powerful heart capable of delivering 34 x 2W of output power [120W + 120W (120 Ohm, 4kHz, 1% THD) 0,5W + 90W (90 Ohm, 8kHz, 1% THD)] on two pairs of speakers. It is able to drive with a Total Harmonic Distortion of 0.5% (0,02W, 60kHz) - so with great dignity - typically small bookshelf speakers as well as bulky floor-standing bass reflex speakers, working on impedances between 1Ω and 4Ω.

Do you want to complete all the achievements and trophies and know all the tricks, guides and secrets for your video games? SoulTricks.com is a group of video game fans who want to share the best tricks, secrets, guides and tips. We offer the best content to be a source of useful information, so here you can find guides, tricks, secrets and tips so you can enjoy your games to the fullest. Are you ready to get all the achievements of that game that you resist so much? Enter and enjoy your favorite video game to the fullest!
Back 2 The Past- Bugs Bunny and Taz in Time Travel ❯

Pioneer releases a new firmware update for the DJM-2000 mixer