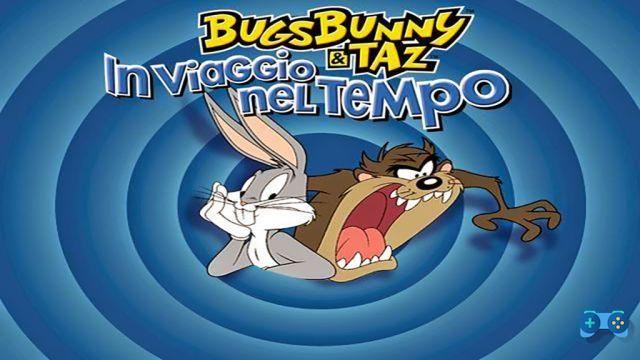 Bugs Bunny and Taz in Time Travel is the (indirect) sequel developed by Infogrames and released in 2000 to Bugs Bunny: Lost in Time.

This time the most beloved rabbit of cartoons, will be accompanied in his arduous adventure by another character of the Looney Tunes, also very beloved, let's talk about Taz, impetuous Tasmanian devil.

Also in this story one of the triggers is Duffy Duck, the black duckling had been invited by his beloved Grandmother to disinfect the house from a particularly pestiferous rodent.

Daffy immediately gets to work, but during the various attempts to capture the mouse, he comes across and damages the Time Regulator (all Grannies have one in the house, don't they?). Suddenly the black duckling is catapulted into the Aztec world, together with the gem of time, an indispensable tool to control the flow of time.

From that moment on, everything happens, Grandma's bizarre machinery blows up and its gears get lost in the maze of time along with many other Looney Tunes characters. Grandmother then asks for help from Bugs and his "pet" Taz.

Both have to retrieve the time gem, gears and characters lost in time. During the breathless chase of the bungler Daffy Duck we will collide with the ancestors of Yosemite Sam, Taddo and Babba. 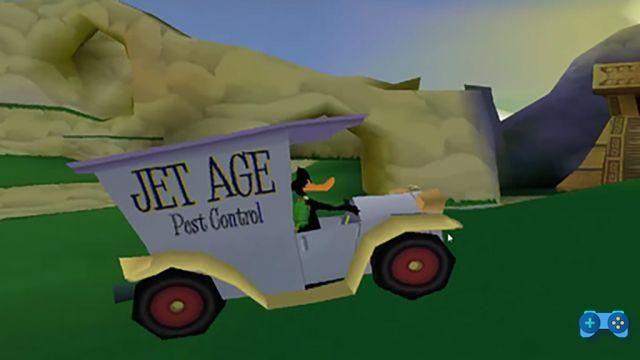 Bugs Bunny and Taz in Time Travel retraces four different eras (Azetec, Viking, Arab and one set in Transylvania), in turn these eras are game worlds, whose access can be gained from a main HUB, called Central Zone ( a bit like in Spyro).

Within each level it is possible to find gears of different values, if you want to complete the game 100% you will need to collect them all. Some, however, require certain conditions, such as crystal gears, collectible only and exclusively after saving all the characters lost in time within a level.

To get to the next era, you will have to face and defeat a Boss, you can only reach the battle after having collected three "boss tokens".

You can choose at any time (except in some cases) to change characters, choosing between the crafty gray rabbit and the agitated Tasmanian devil. Logically it will be necessary to take into account the intrinsic abilities of the characters, Bugs is agile and is particularly good at digging tunnels, while Taz could be useful in cases where strength is mandatory.

More moves will be added throughout the game with the help of Granny and the adorable canary Tweety. 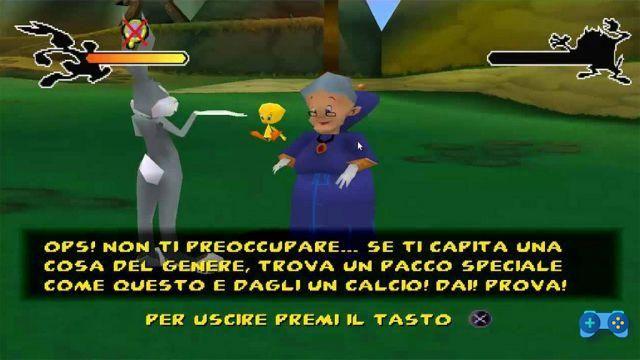 Structure of the worlds

Each level includes these elements:

Bugs Bunny and Taz will have to traverse the following worlds to fulfill their important mission: 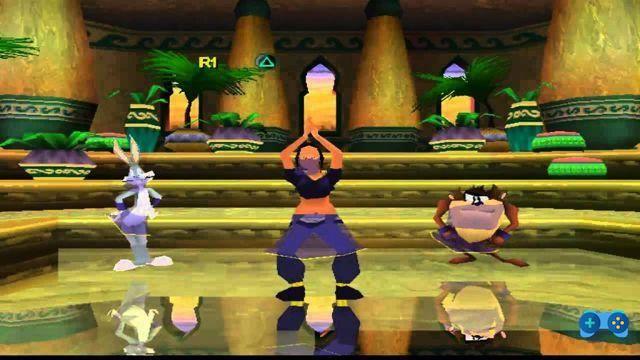 Once the bloodthirsty Count is beaten, Bugs Bunny and Taz return to Granny with the time gem and abandoning Daffy in Transylvania. If you have not collected all the devices, the friendly granny will ask you to finish the task, in case you refuse, the cheerful old woman will ask where Daffy is, and a scene will open where we will see the bird escape the Count.

If instead you agree to find the missing gadgets and bring them to Grandma, the game will have its proper lock, showing us that Daffy returns to Granwich, only to discover later that he has grown as small as an insect and is crushed by the gray rabbit with his same insecticide.

Even Bugs Bunny and Taz in Time Travel hosts the most iconic characters of the animated series, less than in the previous chapter, but hilarious as always.

The game like its predecessor has benefited from the praise of critics and the public so much that it is recommended as an alternative to the adventures of the purple dragon Spyro. Surely the excellent use of the license made by the development team makes it a unique and fun title.

Do you want to complete all the achievements and trophies and know all the tricks, guides and secrets for your video games? SoulTricks.com is a group of video game fans who want to share the best tricks, secrets, guides and tips. We offer the best content to be a source of useful information, so here you can find guides, tricks, secrets and tips so you can enjoy your games to the fullest. Are you ready to get all the achievements of that game that you resist so much? Enter and enjoy your favorite video game to the fullest!
The list of games released in April 2009 on PC, Sony PSP, PS2, PS3, XBOX 360, WII, NDS ❯

Game of the year 2019: here are the best in our opinion