OnePlus One is the new top-of-the-range smartphone for those who don't want to spend too much money. Available from 28 May 2014, it presents, as regards the software, the very latest version of the CyanogenMod 11S, voice commands always active e gestures on screen off that allow you to launch apps by drawing your finger on the off display. 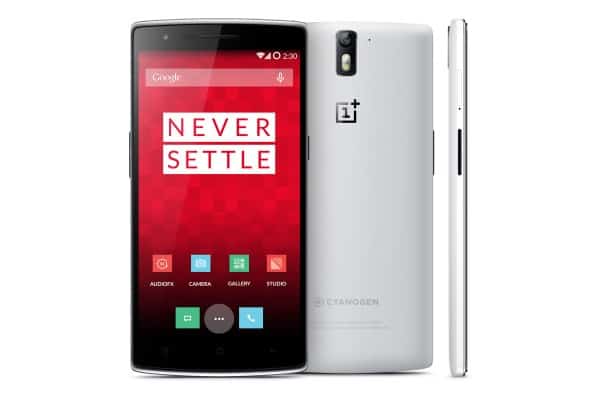 Characterized by the operating system Android, the OnePlus One has a thickness of 9 mm and a height of 15 cm and a weight of 162 grams. The available color is both white (Silk White) and black (Sandstone Black), while the screen reaches 5,5 inches. The camera is of 13 megapixel and was made by Sony with the possibility of making video recordings in 4K.

On the underside of the phone they are present two stereo speakers JBL it's a LED di notifies ,, while on the body and on the edges we have soft-touch physical buttons. The back is customizable through the StyleSwap Covers, back covers that can be replaced with the possibility of choosing 5 types of different materials including: wood, kevlar, denim e Bamboo. The cover with which the OnePlus One will be sold is called Baby Skin, as it is soft and velvety to the touch.

The technical features of the OnePlus One:

Il official price of the OnePlus One and of 269 € for the 16GB Silk White version and 299 euros for the 64 GB Sandstone Black version. The first 100 smartphones will be available through the OnePlus Phone Smash contest which will start on April 25th. Going to the address oneplus.net/smash it will be enough to send a video in which we tear our current smartphone to pieces and in exchange we will have the opportunity to buy the OnePlus One at the symbolic price of $ 1, in addition to the possibility of inviting our friends to buy it starting from the end of May.

add a comment from OnePlus One arrives: the top-of-the-range smartphone inexpensive