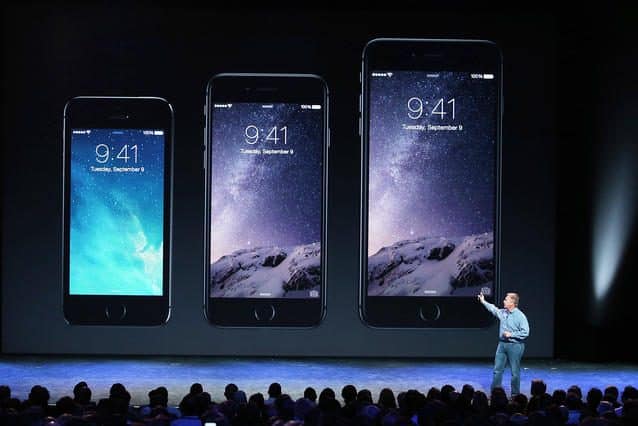 Both models are equipped with the new A8 chip and use the new operating system iOS 8. This new 64-bit chip includes 2 billion transistors in a 20-nanometer processor and guarantees processing speeds up to 84 times faster than the first iPhone.


There is a new display mode in horizontal format and new gestures, by clicking twice on theHome button, the display scrolls down to make room for other apps. Other features are: the inclusion of a barometer that uses air pressure to measure altitude, a LTE module capable of traveling up to 150Mps to support up to 20 bands. A Voice-Over LTE able to guarantee higher call quality and support for the 802.11ac standard to improve Wi-Fi speed.

The camera, which CEO Tim Cook has been focusing on a lot, is always from 8 megapixel con flash True Tone, 1,5 micron pixels and f / 2.2 aperture, but presents in addition to an image stabilization software (optical type in the iPhone 6 Plus and digital type in the 4.7 inch one) and improved facial recognition, new optics and functions dedicated inside the new A8 chip (faster than the one used on the iPhone 5 by 50%). 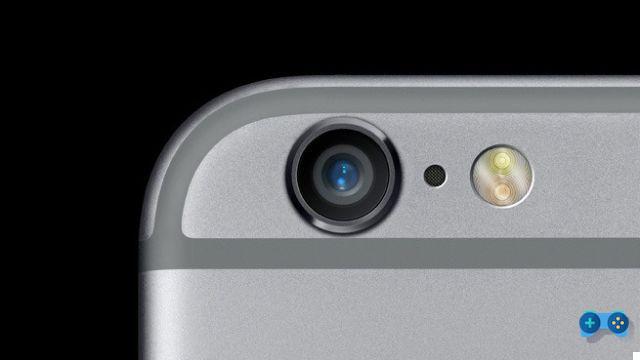 The real news is the iSight sensor, which guarantees fast focusing and noise reduction. Panoramic photos go up to 43 megapixels.

With the iPhone 6 there will be the possibility of shoot 1080p video at 30 or 60 fps with the inclusion of the Slow-mo (slow motion) which currently reaches a frame rate of 240 fps. Improvements are also present in the front camera of the new iPhone, with a new sensor capable of better identifying faces and capturing 81% more light than the previous iPhone.

New features include the Health app, a new messaging interface, new notifications, and "extensions" that allow applications to communicate with each other.

Associated with the fingerprint sensor (Touch ID) in the iPhone 6 will be present the integrated NFC chip which will allow you to pay in the equipped stations by bringing the iPhone by the merchant's NFC sensor and confirming the purchase with a simple touch of the Home button. In the event that the iPhone is lost, it will be possible to suspend all payments through the app "Find my iPhone". Furthermore, the data relating to the credit card will never be registered by Apple which has guaranteed the confidentiality of the data.

The iPhone 6 and iPhone 6 Plus will arrive on the American market on 19 September 2014 e regarding prices, Cook announced only the American ones: the iPhone 6 will be offered with a two-year subscription with AT&T, Verizon or Sprint starting from 199 $ (16 giga) up to 399 $ (128 giga), while the Plus one will start from 299 $. 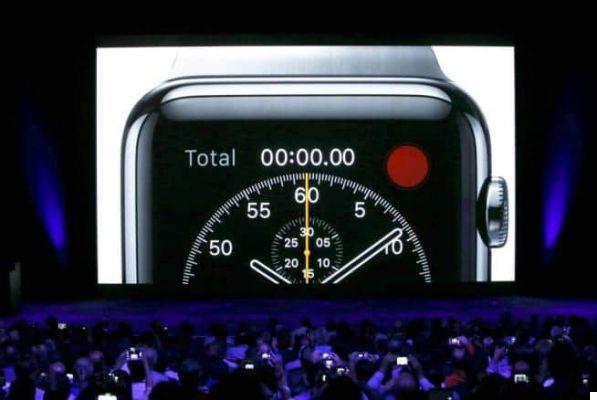 Standing ovation instead, for the presentation of theApple Watch, defined by Cook as “the most personal device we have ever created” and again “It is a new chapter in our history“.

Ready to beat the competition from upcoming and already available Smartwatches on the market, the Apple Watch has one touch screen with digital crown which allows you to control all the functions of the clock (scrolling, zoom, and return to the home screen) and to navigate through lists and messages, contents to make different selections. The sensors, present on the back of the case, are different and thanks to them it is possible to monitor the heartbeat and daily physical activities (the two integrated apps are Fitness and Workout). 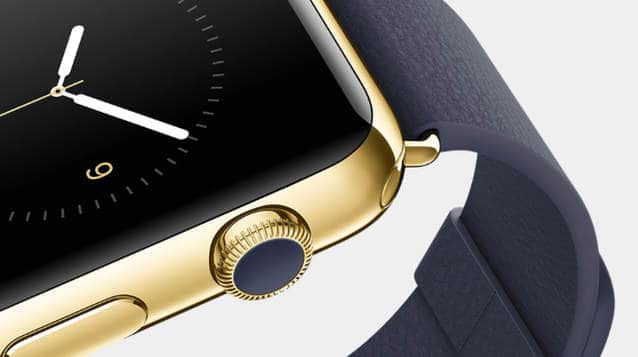 The Apple Watch uses new technologies and sensors such as the taptic engine and works perfectly with the iPhone 6, 6 Plus, 5s, 5 and 5c through the "handoffWhich allows you to read emails on the watch and reply via iPhone. It also works with Crab and has a retina display flexible with magnetic induction wireless charging system.

There are two Watch variants, one smaller and one larger, and 6 different straps. Furthermore:

Tim Cook concludes his presentation by officially announcing that the highly anticipated new U2 album, Songs Of Innocence, will be available for free on iTunes starting today 9 September until 13 October, exclusively from Apple.

add a comment of Introduced the highly anticipated iPhone 6 and Apple Watch - Features, photos and prices