Do you want run and save the screenshot on iPhone 7 but you don't know how to do it? Read on and we'll show you how.

In this article we will show you a guide for take and capture screenshots on iPhone 7 and iPhone 7 plus, equipped with iOS 10, in a simple and fast way.

Presented on 7 September 2016, in San Francisco by Apple CEO, Tim Cook, the new jewel of Apple: the iPhone 7 differs from previous models for strong water resistance, dual cameras and a much more performing super battery with longer duration.

Have you recently owned an iPhone 7 and need to take screenshots?

Proceed as follows: when the image you want to capture will be clearly visible on your display, for run and save the screenshot on iPhone 7 and iPhone 7 Plus you have to hold down the "POWER"And"HOME"(Contemporaneity will allow you to activate the Touch ID or Siri) 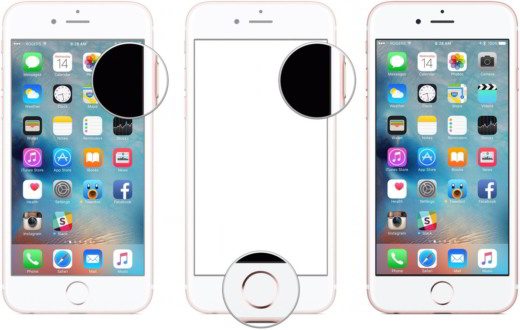 At that point the screen will flash to confirm that the operation has taken place.

Now open the App Gallery from the screen Home. Scroll down to locate your screenshot and tap to view it so you can share it later.

If you want you can also tap the camera icon or use the menu to insert your screenshot between messages or mail.