Call and send SMS for free with iPhone, Android and Windows Phone 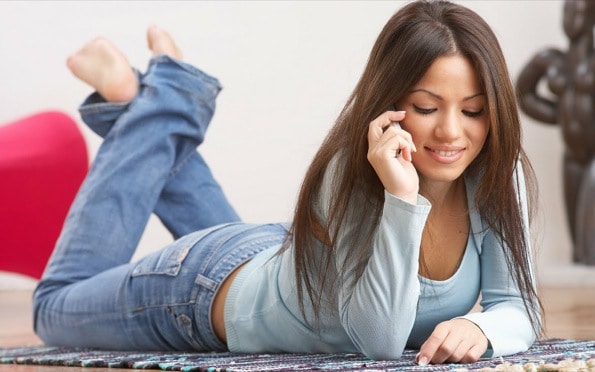 Taking advantage of the data connection, it is possible to communicate via voice, make text chats or video calls from anywhere in the world without paying anything. They range from those who limit themselves to letting users of the same "community" communicate, and who in turn have installed the app, to those that offer a real VoIP service for making calls on landline and mobile phone numbers. VoIP also has the advantage that the rates are independent of where we are and only depend on the number you want to contact.

This way we can call a user from the other side of the world at the cost of a local call. Many of these apps they then offer free minutes for free, so I would say that it is appropriate to list what we think they are the best apps to call and send SMS for free. 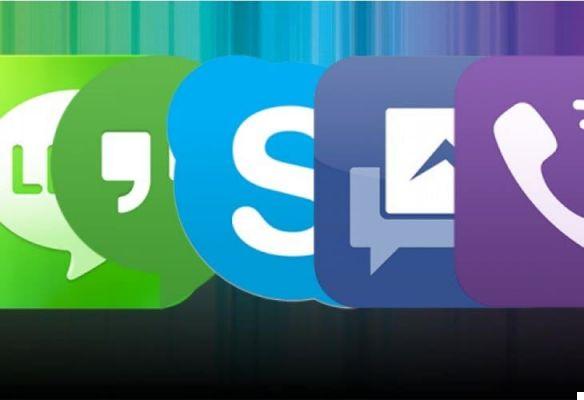 Skype, compatible with iOS, Android, Windows Phone, BlackBerry, PC, Console and Smart TV, is the best known app for calling on the Web. Phone calls are free between Skype users, you can send messages and start video chats. By purchasing credit, you can make calls to landline and mobile numbers. The main advantage is that it is practically usable on any device including smart TVs.

Facebook Messenger, compatible with iOS, Android, Windows Phone and PC, is the app that allows you to communicate via messages and voice with your Facebook friends, completely free and wherever you are. You just need to have an active data connection on your phone or be connected to the Internet on your PC. You can also send photos and videos, as well as emoticons of course.

Viber, compatible with iOS, Android, Windows Phone, Blackberry, Nokia and PC, is an application that has earned many accolades for its outstanding audio quality and for being compatible with virtually any mobile device. It can also be used from a PC and requires no registration. Calls are free between Viber users, while using the Viber Out service it is possible to make calls at advantageous rates even on fixed and mobile numbers.

ForFone, compatible with iOS and Android, is a simple and convenient application that offers you 50 minutes of free calls per month on landline numbers. For the other numbers the prices are affordable, considering that it starts from 1,9 cents per minute. It does not require any registration, just an SMS to activate it and start using it.

Upptalk, compatible with iOS and Android, is an app with which international calls can be made from 1 cent per minute. But the very convenient thing is that you can earn free credit by receiving chat, inviting a friend, watching a video. In other words, the more you use it, the less it costs you. Calls to landline numbers have a cost of 1 credit, while those to mobile phones of 5 credits, per minute of course.

Libon, compatible with iOS and Android, it is an app that does not require any registration as it is activated with a simple code sent by SMS. In addition, new users are given 15 minutes of calls per month for the first three months to be made on landline and mobile phones in over 40 countries. Other features include visual voicemail, Text to speech and transcription of voice messages.

Beeztel, compatible with iOS, Android and PC, is an app that allows you to call at affordable rates even when a data connection is not available. In this case, it uses the same system as the international prepaid cards. It also allows you to earn free credit by inviting friends, watching videos and making top-ups. The service can also be used on old mobile phones.

Plingm, compatible with iOS and Android, is an app that allows free calls between all its users and to use the data connection to call landline and mobile numbers around the world at affordable rates. For each friend you invite and who in turn installs the application, you are given $ 2 in credit that you can use to make calls.

Indoon, compatible with iOS, Android, Windows Phone and PC, is an application created by Tiscali. This app gives you 100 minutes of free calls per month to landline numbers in various European fixed and mobile countries in Canada, China and the USA. Furthermore, calls to the numbers of the Tiscali network are always free. It also offers the ability to make video calls and send SMS.

Call USA, compatible with iOS, this app can be used to call US landline and mobile numbers. The rates are advantageous and, once activated, 10 minutes of calls and 3 SMS are given away. It is also possible to receive another 5 free SMS by inviting a friend.

WebPhone, compatible with iOS and Android, it is an app not in Spanish but very easy to use. The rates are very advantageous and at the first activation, a few cents are given away to make the first calls. In addition, you can receive additional free credit when you top up and, among other features, it offers the ability to record conversations.

Gobaltalk, compatible with iOS and Android, is another app that allows you to make VoIP calls, at very competitive rates, using the mobile data network. Users who install the app for the first time are given a dollar of credit and Top-up can also be done using PayPal, without necessarily having to resort to the purchase in the store app.

Talkatone, compatible with iOS and Android, is a help app especially for those who plan to go to the United States, as it gives away 20 minutes of free calls on all American numbers. The service operators promise by 2014 to add the possibility of making calls to numbers in other countries as well.

ChatTime, compatible with iOS and Android, is an app that gives you 1 dollar of credit on the first installation, to be used against any number. You can invite new friends via email, SMS, Facebook or Twitter and for each one who registers, 50 cents are credited. If you also top up, you have another $ 5 free credit.

Free flashlight: the best apps for Android and iOS ❯

add a comment of Call and send SMS for free with iPhone, Android and Windows Phone