We build a crossover cable to connect two PCs

It often happens that we have to connect two PCs directly (for example two laptops) but we don't know how to do it.

The crossover cable said Crossover is what we need to make them communicate without the need to interpose a hub or other devices.

There are 2 types of cables:

The technical difference between the two types of cables is that the straight cable, the standard one, starts from the computer network card and is then inserted into a hub, which usually acts as Gateway to go up Internet.

Il crossover cable, instead, it allows connect among them two computers without the aid of a hub, very useful for those who have a fixed PC or a laptop.

So if you have a cable RJ45 uncrossed you can make it become Cross-Over simply by following these few steps:

Make a clean cut of the cable with the scissors. 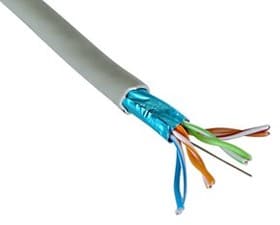 Once the cable is cut remove a couple of centimeters of rubber membrane enclosing the wires and mismatch i wires internal in order to have them all separated.

You will find eight twisted wires (green, white-green, orange, white-orange, blue, white-blue, brown, white-brown). You have to separate them all.


Now that we have the eight cables put them in the following order with the indicated intersections: White-Orange Orange White green Blue White-Blue finanacing White-Brown Brown. 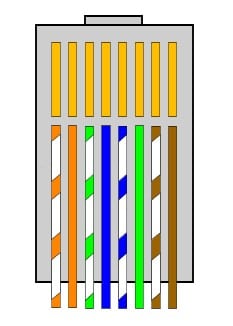 The order for insertion into the plug is intended by looking at the plug from the top with the tab down, from left to right.

Once everything is completed, fix the cables in the plug preferably with a suitable one crimp clamp. 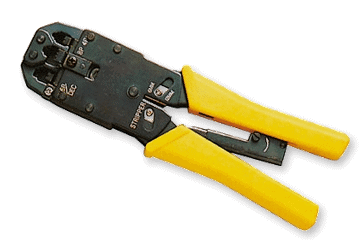