Difference between HD Sata and IDE

The Serial ATA, in initials SATA (Serial Advanced Technology Attachment) is a computer interface generally used for connect a hard drive under a computer. It is theevolution dell 'ATA (better known as IDE). The main advantages are three: the speed cable management and the function of hot swap. The ATA interface has been renamed to Parallel ATA (PATA), to avoid confusion.

From a technical point of view, the biggest change is the Cavi used. The data travels on a flexible cable with 7 contacts, the ends of which are 8 millimeters wide, with the contacts arranged in two rows. Compared to the short (between 45 and 90 cm) and wide cables of 40 or 80 contacts of the ATA interface, they are certainly more practical. In addition, they facilitate the passage of air, making the inside of the case more orderly. The concept of master and slave, present with ATA cables, was abolished in favor of a single cable for hard disk. Contacts have a asymmetric silhouettea, so that they cannot be mistakenly inserted in the wrong position. 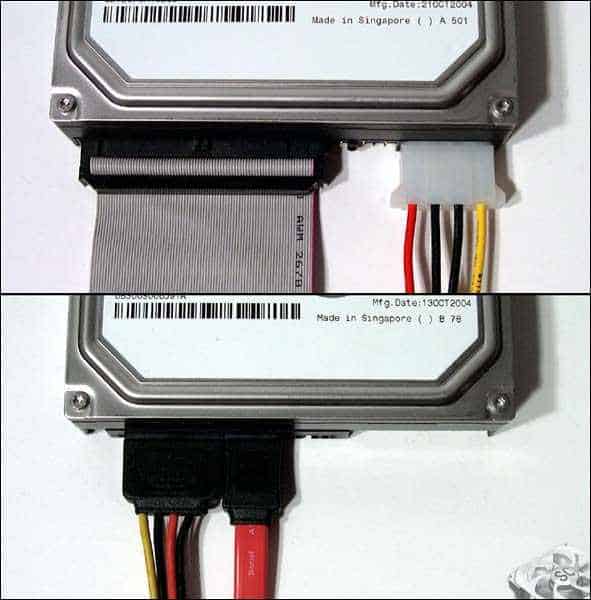 Gli hard disk Serial ATA have a different type of power connector. Similar to the data transmission cable, it is wider and consists of 15 conductors, which carry the three different power supply voltages required: 3,3V, 5V and 12V. There is no difference between 3,5-inch hard drive cables and 2,5-inch notebook hard drive cables.


During the transition between the IDE interface and the Serial ATA, several converters are provided to make the two standards compatible. As far as power is concerned, Y cables with standard connectors are replaced by Serial ATA power cables, which have one standard female connector and two male SATA connectors. As for the data transport conversion, a bridge is needed that converts parallel data transmission to serial and vice versa. Several hard drive manufacturers already have Serial ATA native drives on their list and most new motherboard models support at least two such hard drives in addition to the two IDE channels, often different RAID configurations are also supported. 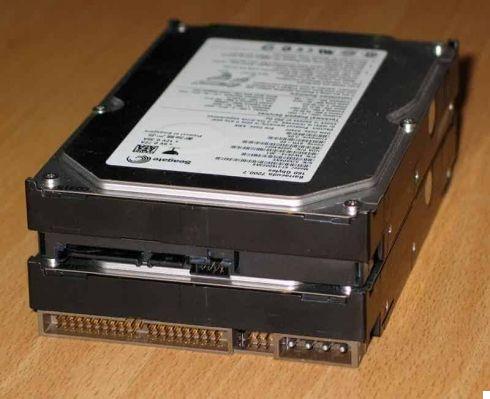 The Serial ATA specifications provide for the possibility of insertion hot (hot), i.e. without the need to remove power from the personal computer, however some controllers do not implement this function, often due to limitations in the BIOS.

To identify the type of hard disk just right click on computer resources-> device manager-> disk drives, here you can find the make and model of the hard drive. Before buying a Hard Disk, always check that the motherboard of your PC supports the format of your choice.

Difference between Mini USB and Micro USB - What is OTG ❯

add a comment of Difference between HD Sata and IDE