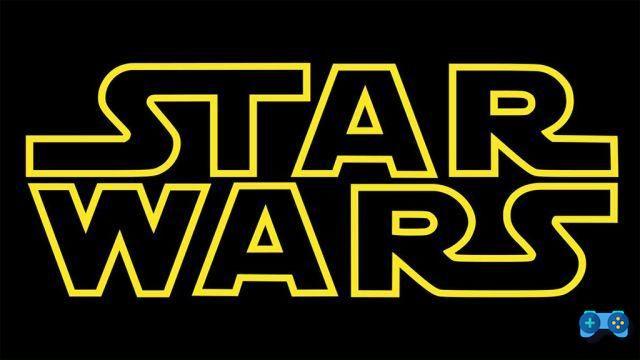 We can safely assert that the Star Wars Fever has begun since November, in fact, lovers of lightsabers, blasters are already having their good dose of adventure, thanks to the TV series The Mandalorian and the video game Star Wars Jedi: Fallen Order.

Soon, "The Rise of Skywalker" will also be added, the latest feature film dedicated to the legendary saga. There are many films that have followed one another in these 42 years, but at this point a question spontaneously arises, “In what order to watch them all?”.

There are several approaches with which to face a Star Wars themed marathon, from the production order, seeing the films from "A New Hope" to "Solo" up to the so-called "Machete Order", which starts from the fourth chapter of the series and cuts "The Phantom Menace", the latter is in fact one of the most hated films by fans.

The favorite order of the Soultricks crew and myself is the purely chronological one, which respects the following order (spin-offs included).

This is the first film in the order, one of the least loved by fans, although it must be admitted that it has served to introduce new dynamics and situations, along with some iconic characters, from the Obi-Wan played by Ewan McGregor to the never forgotten (unfortunately ) Jar Jar Binks, passing through Darth Maul, a character still in the hearts of fans thanks to his eccentric double-bladed lightsaber. 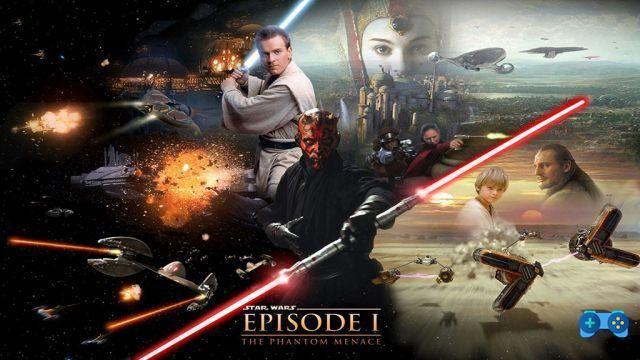 Attack of the Clones

In 2002 one of the most important chapters arrived in theaters, which aims to illustrate and deepen the love story between Padme and the young Anakin. In fact, laying the foundations of the domination of the dark Darth Sidious and presenting the army of clones, deriving from the Mandalorian Jango Fett, "father" of Boba Fett, another iconic character of the Star Wars universe. 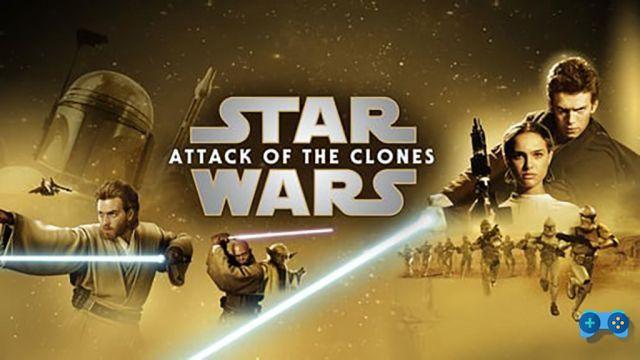 Cartoon adaptation of the saga, which arrived in 2003 thanks to Genndy Tartakovsky, and continued by the good George Lucas, offers us an important perspective on the Clone Wars, anticipated to the cinema with the 2002 film. This 6-season series also brought to the small screen a number of important characters deriving from the Expanded Universe of Star Wars, such as the Jedi Togruta Ahsoka Tano and the Dathomiri Asajj Ventress. 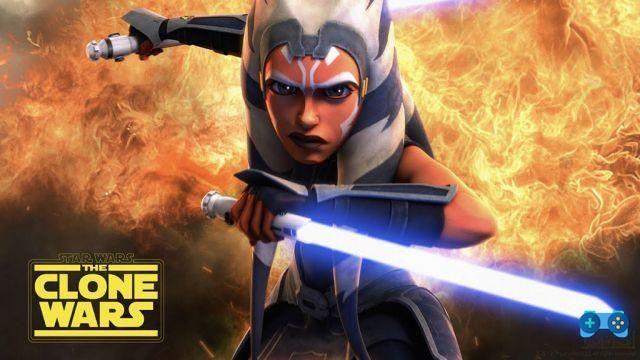 Revenge of the Sith

This episode was the last born under Lucas' management. During the film we see the transformation of Anakin, who consumed by horrendous omens and by the merciless court of Senator Palpatine, transforms into Darth Vader, after an iconic, but brief battle against Obi-Wan his Master and Friend. Here was born Order 66, which aims to eliminate the entire and ancient Jedi order.

Curiosity: Cal Kestis' adventure in the EA video game and Respawn Star Wars Jedi: Fallen Order (which will be reviewed shortly) also starts from this premise. 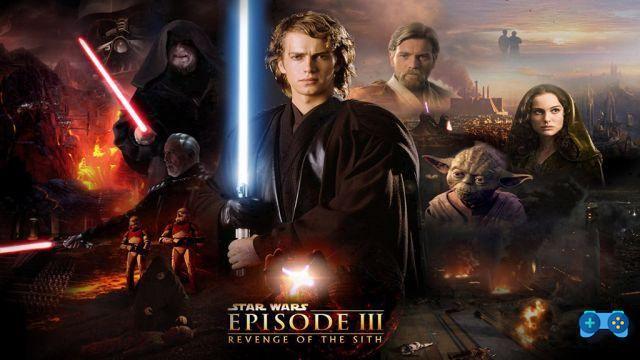 This spin-off had a troubled birth to say the least, in fact, before Ron Howard, two directors threw in the towel, let's talk about Phil Lord and Chris Miller.

Apart from these problems, the film tells a particular story, ten years before "A New Hope" the young Han Solo meets the Wookie Chewbacca, for his friends Chewie, and the smuggler Lando Calrissian and together they take possession of the Millennium Falcon, the legendary ship “Who made the Kessel route in less than twelve parsecs!”. 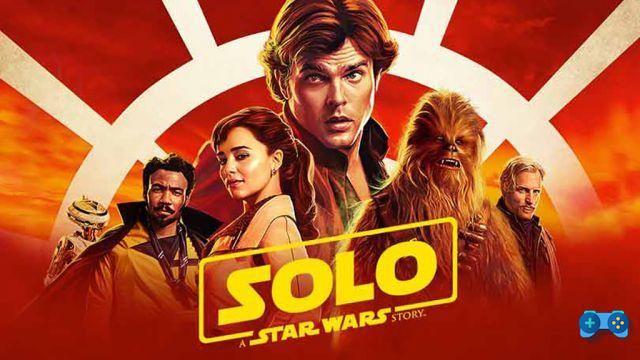 Another animated series dedicated to the Star Wars series, this time the story tells us about the adventures of a group of rebels led by Saw Gerrera. Only a few appearances are reserved for Darth Vader and the Grand Moff Tarkin, the main villain of the series is Grand Admiral Thrawn, an expert in the art of war. 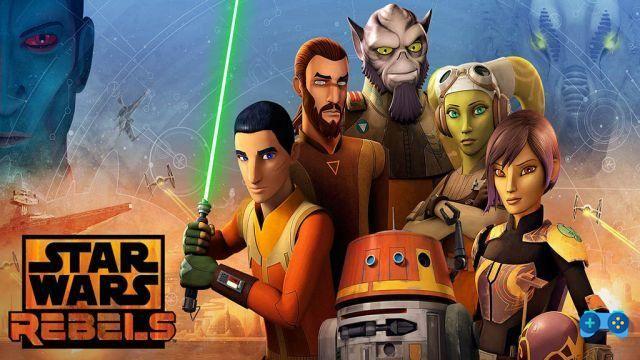 Rogue One: A Star Wars Story

This episode as well as being a spin-off acts as a prequel to "A New Hope", in fact, the whole film revolves around the "theft" of the plans of the Death Star. Not all revolutions succeed with the hole, however, this team of heroes will sacrifice their lives to deliver the secret plans of the Death Star to the Rebels and allow young Luke Skywalker to destroy it. 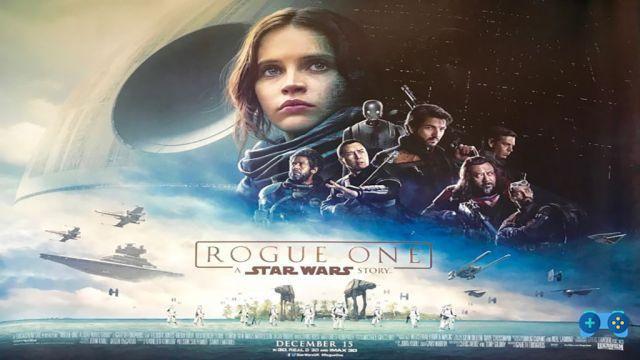 It was the distant 1977 and for many the real Star Wars saga began here, when a young George Lucas brought one of the cornerstones of the modern science fiction genre to cinemas around the world. 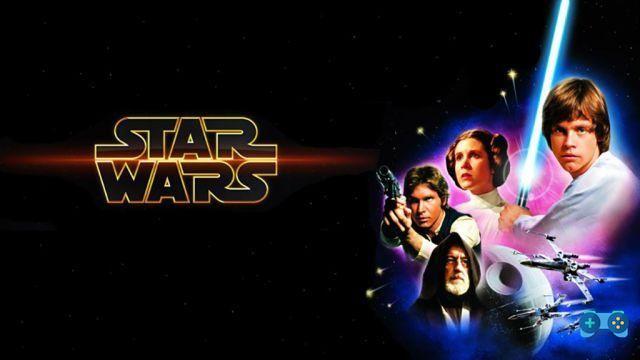 After the destruction of the Death Star, the Rebels suffer a violent repression by the Galactic Empire led by the dark Darth Vader. Meanwhile, Luke travels to Dagobah to the iconic Jedi Master Yoda, who will help him complete his training and face the Sith. 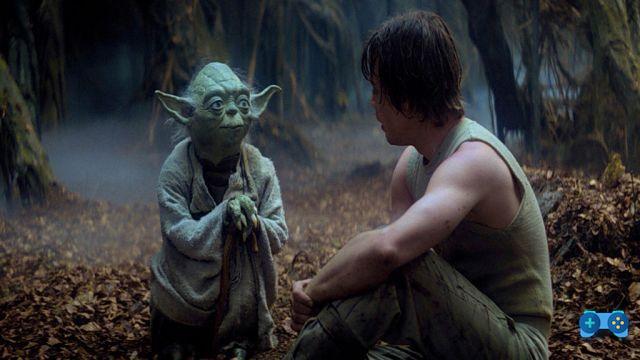 Return of the Jedi

Final chapter of the original trilogy, we finally see the final battle with Darth Vader, one of the most beloved villains ever. Even the Rebels take a major victory on the battlefield, thanks to the destruction of the Second Death Star.

Curiosity: George Lucas would have liked to call this last episode Revenge of the Jedi, but someone pointed out to him that such feelings should not exist in the Jedi. 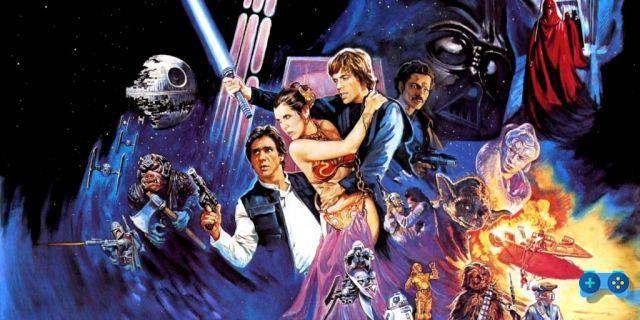 Seventh episode of the series and first born from the acquisition by Disney. The film is set a few decades after the birth of the New Republic, defeated by the rise of the First Order, which ranks among its ranks a young Sith of the Skywalker dynasty: Kylo Ren, son of Leia Organa and Han Solo. All while a scrap dealer named Rey discovers a powerful connection to the force. 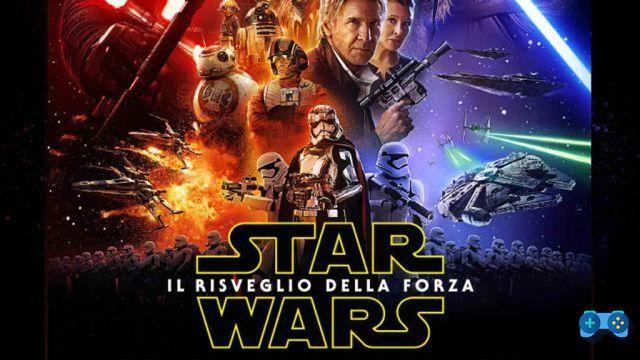 This is the penultimate chapter of the series and unlike the previous one it is one of the most divisive films after “The Phantom Menace”. Again, the Rebels experience one of their dips as the First Order continues to strike. Here the elder Luke Skywalker intervenes who at first refuses the training of the young Rey, but later, thanks also to the advice of his ancient "greenish" Master, he helps the girl and the rebels against her nephew. 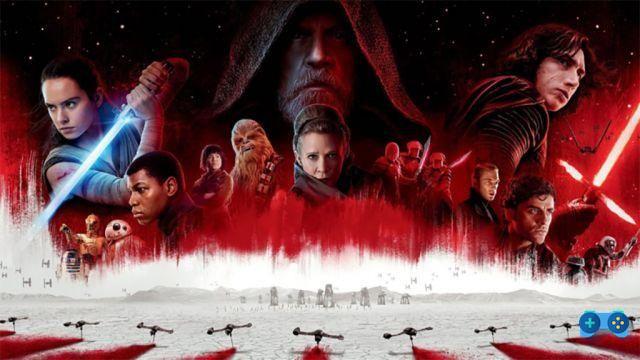 The Rise of Skywalker

From the epic nature of the title it is understood that this will be a sort of definitive chapter, so much so as to bring back on the screen some characters deriving from the other series, from Mark Hamill in the role of Luke Skywalker to Iam McDiarmid who will again play Darth Sidious, also known as Senator Palpatine .

At the moment not much else is known, the rest we will discover together from 18 December in cinemas. In the meantime, enjoy the trailer.

What else to say, a story more than forty years long that deserves to be seen and lived, even seeing the less popular chapters, because despite everything it was a story able to unite several generations, connecting them to a subtle fil-rouge, a bit like the Force does.

PS If you want to enjoy the whole Star Wars saga, buy this Blu Ray box, for € 29 it is certainly interesting.

Do you want to complete all the achievements and trophies and know all the tricks, guides and secrets for your video games? SoulTricks.com is a group of video game fans who want to share the best tricks, secrets, guides and tips. We offer the best content to be a source of useful information, so here you can find guides, tricks, secrets and tips so you can enjoy your games to the fullest. Are you ready to get all the achievements of that game that you resist so much? Enter and enjoy your favorite video game to the fullest!
Mass Effect Legendary Edition, Bioware Unveils Graphic Enhancements ❯

Best Chinese tablet 2022: which one to choose

Add a comment from Star Wars: in what order to watch the series?