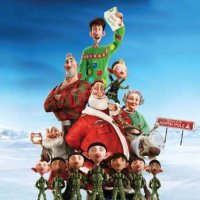 What is this great secret that our white-bearded old man holds?

(Arthur Christmas) "The son of Santa Claus" is a 2011 animated film directed by Sarah Smith and starring James McAvoy, Hugh Laurie, Jim Broadbent and Bill Nighy. The film, produced by Aardman Animations and Sony Pictures Animation, is shot with the use of computer graphics and will also be distributed in 3-D.

Here is every infant's question about how Santa can bring gifts to the whole world in one night.The answer is a technologically advanced covert operation on the North Pole with an army of one million active elves, a giant supersonic sleigh. and a vast control center under the ice of the Pole. But it seems that even the most sophisticated technology has a negative side, in fact when the delivery of even one gift out of six hundred million is lost, Santa Claus and his son Steve consider it an acceptable margin for error. But not for Arthur Christmas, the eccentric youngest son. The little boy sets out on a crazy mission to deliver the last present on the other side of the globe two hours before the dawn of Christmas.

This fun feat brings Santa's family together and saves the future of Christmas itself. 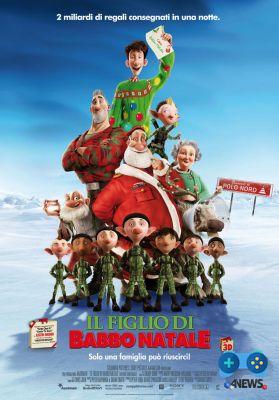 The film will be released in theaters on December 23 2011.

Do you want to complete all the achievements and trophies and know all the tricks, guides and secrets for your video games? SoulTricks.com is a group of video game fans who want to share the best tricks, secrets, guides and tips. We offer the best content to be a source of useful information, so here you can find guides, tricks, secrets and tips so you can enjoy your games to the fullest. Are you ready to get all the achievements of that game that you resist so much? Enter and enjoy your favorite video game to the fullest!
The Elder Scrolls V: Skyrim, already broken on day one! ❯

Add a comment from The Son of Santa Claus, trailer for the film by Sarah Smith