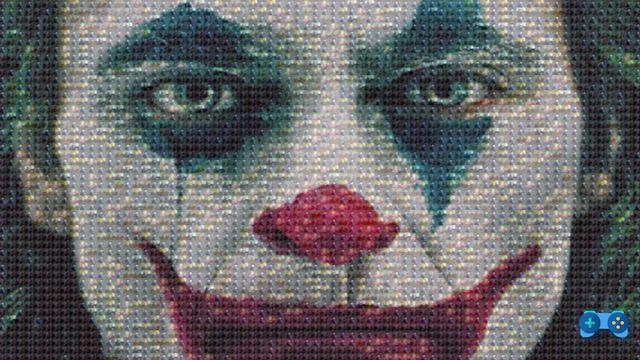 How can madness be measured?

The new film dedicated to Joker, the most dangerous criminal in Gotham and for this bitter rival of the bat man, has just been released in theaters. We therefore decided to compare Joaquin Phoenix's masterful interpretation with some actors who have already given and received fame from this particular character.

But let's start by telling you that the film directed by Todd Philips is external to the filmic and comic world of DC, despite the presence of elements of primary importance of the series, especially connected to the Wayne family.

Phrase from the movie: Up with life friends: a good handshake!

It was the 60s and cinema was not as addicted to violence as it is today. The Joker character was much closer to the comics of the time, so Gotham's supervillain carved out its place as a prankster, yet menacing character, a first step towards the insanity shown in later films.

Curiosity: the colors that Todd Phillips' Joker wears are a clear homage to Romero's interpretation in the distant 60s.

Phrase of the film: Do you ever dance with the Devil in the pale full moon?


Jack Nicholson is seen by many cinephiles as the perfect Joker, the actor thanks to his numerous film interpretations has shown that he knows how to master madness, starting from the unforgettable Shining.

Despite the importance of the bat man, played by Michael Keaton, the real protagonist of the film was him, with his terrifying jokes, able to combine the interpretation of Romero with a whole new vision of the character.

Only Jack could utter in a crazy and threatening tone a very banal and meaningless phrase such as: "Have you ever danced with the Devil in the pale full moon?".

Nicholson's interpretation had hit the mark for the time, but in hindsight, we've only scratched the surface of the true madness of the Clown Prince of Crime.

Curiosity: This last film also wanted to pay homage to Nicholson and Burton's Joker in some way.

Towards the end of the film, the protagonist finds himself waiting in his dressing room, as you can see, on the wall stands a huge portrait of Robert De Niro.

It is no coincidence that the enigmatic smile and wrinkles of the character are accentuated in such a noticeable way. 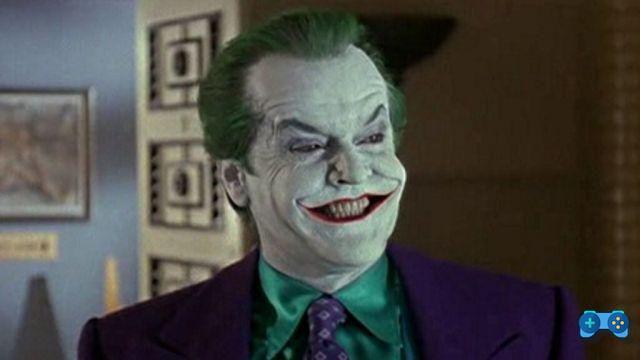 Phrase of the film: Why are you so serious?

The second chapter of Nolan's trilogy introduced the character of the Joker, played in a unique way by the Australian actor Heath Ledger, so much so that he was awarded an Oscar (posthumously, unfortunately).


Ledger's legendary performance introduced us to all intents and purposes of the madness behind the make-up of the Joker, a character who represents an equal and opposite force to the bat man, controversial hero and champion of Gotham.

Nolan in his film wanted to introduce a character with many characteristics common to the main protagonist, played by Bale, from the excessive love for theatricality, to mysterious origins.


Joker himself during the film feeds the unknown origins of his scars and his very special smile, also known as the Glasgow smile. Ledger's skill in playing the Clown Prince of Crime was such as to terrify even an actor of the caliber of Michael Cain, so much so that he often forgets his lines.

It is a real "agent of chaos" as the protagonist likes to define himself, contrasting himself with Bruce Wayne who with his masked hero tries to restore a semblance of normality and legality to Gotham, thanks also to the brief help of Harvey Dent. 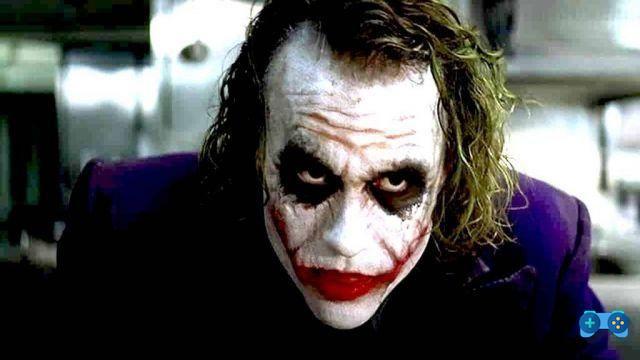 Curiosity: Towards the end of the film, the Joker from Phoenix goes to a well-known TV show and before sitting down he kisses an elderly doctor on the mouth, leaving her speechless. A similar event happened to the young Ledger who kissed a screaming fan on a promotional tour for the Dark Knight (perhaps to silence her).

We are talking about one of the least loved Jokers by the general public, Jared Leto, in fact he inherits the character left by Ledger in a film that leaves him very little space.

To point out the differences between Nolan's Joker and Ayer's Joker, the director has made more of a physical construction of the character, leaving aside the action. In fact, the Clown Prince in this film serves to briefly explain the origins of Harley Quinn and is a completely secondary character.

During his brief appearance, Gotham's most feared villain turns into a kind of gangster, a factor that is particularly far from the canonical image we have of him. 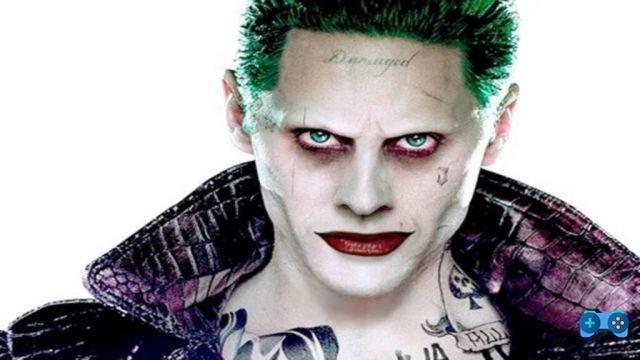 Phrase of the film: My mother always told me to smile and put a happy face.

As already mentioned, this film is far from the DC Universe, but we could not fail to mention the latest interpretation of the Clown Prince of Crime, masterfully performed by Joaquin Phoenix, known to the general public for playing the Emperor Commodus in "The Gladiator" by Ridley Scott.

In this film we discover Arthur Fleck, a man with mental disorders who lives in Gotham in crisis of the 80s. The character played by Phoenix allows us to discover the origins of this Joker, clearly inspired by Scorsese's films: Taxi Driver and King for a night.

The madness highlighted in the film is not only linked to Arthur's mental illness, but also from the drift of a society in an identity crisis and the victim of a growing crime wave.

Even the most virtuous personalities, like the good Thomas Wayne, seem to have forgotten the hardships of the last ones.

This growing wave of madness and abandonment, mixed with other revelations contained in the film, lead the protagonist to transform from a colorful clown to a cold-blooded killer.

We analyzed with you, the various cinematic faces of the Joker, which was your favorite? Let us know by voting on the polls that will come out in the next few days.

Do you want to complete all the achievements and trophies and know all the tricks, guides and secrets for your video games? SoulTricks.com is a group of video game fans who want to share the best tricks, secrets, guides and tips. We offer the best content to be a source of useful information, so here you can find guides, tricks, secrets and tips so you can enjoy your games to the fullest. Are you ready to get all the achievements of that game that you resist so much? Enter and enjoy your favorite video game to the fullest!
Call Of Duty: Black Ops, the maps contained in the First Strike DLC portrayed in images ❯

How beautiful it is to make love, official trailer of the film by Fausto Brizzi

Add a comment from Joker, a mask with many faces