Pokemon Sword and Shield, Scorbunny and its evolutionary line 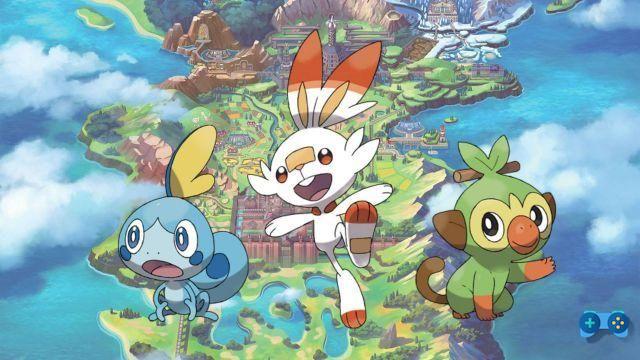 In Pokemon Sword and Shield the starters are really inviting and - like any self-respecting Pokemon game - it's always difficult to have to choose.

In Pokemon Sword and Shield the second starting Pokemon is Scorbunny, a cheerful whitish fire-type bunny. Like any creature of that type, he is weak to rock, earth and water, while being super effective against beetle, steel, ice and grass types.

At level 16, Scorbunny evolves into Raboot, an upright rabbit wearing a red dress screwed up to the mouth under a black dungaree. He too remains a fire-type Pokemon. Finally, at level 35 it evolves into Cinderace, a humanoid white rabbit wearing long black trousers and short red shorts. Like all other Pokemon of its kind, too Cinderace remains fire-type.

The passive ability of Scorbunny is Fire Aid, which boosts Fire moves by 50% (excluding STAB) when the Pokemon has a third or less health of its total. Example: if Raboot has 60 HP, the ability activates from 20 HP up to 1 HP. Through a special event, it will be possible to obtain and breed one in the future Scorbunny with the Free skill, which modifies the type of our rabbit based on the attack used, making it possible, in a nutshell, to launch any type of attack with the STAB bonus.


The exclusive move of Cinderace is Fireball, a physical 120 power move with 90% accuracy that could burn the opponent as a side effect. It is learned through evolution, at whatever level you decide to evolve Raboot.


You will get Scorbunny only by choosing it as your starter Pokemon. If not, you will have to try your luck in the Magic Exchange or find some friends willing to exchange it.

Have you seen the evolution lines of Grookey and Sobble instead?

Do you want to complete all the achievements and trophies and know all the tricks, guides and secrets for your video games? SoulTricks.com is a group of video game fans who want to share the best tricks, secrets, guides and tips. We offer the best content to be a source of useful information, so here you can find guides, tricks, secrets and tips so you can enjoy your games to the fullest. Are you ready to get all the achievements of that game that you resist so much? Enter and enjoy your favorite video game to the fullest!
Super Smash Bros Ultimate: presentation of Pyra and Mythra ❯

Luigi's Mansion 3 - Guide: where to find all the gems of floors 5 and 6

Luigi's Mansion 3 - Guide: where to find all the gems of floor 15

Pokemon Let's Go how to find Charmander, Bulbasaur and Squirtle

The Legend of Zelda: Breath of the Wild, how to get infinite Rupees

Add a comment from Pokemon Sword and Shield, Scorbunny and its evolutionary line