Dragon Ball Fusions, guide and tips to get you off to a great start 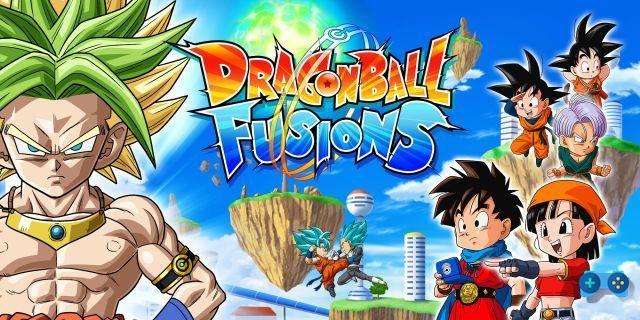 Races, special moves, allies - all you need to know.

The success of Dragon Ball seems to be destined to never end. In recent years, Akira Toriyama's manga has proven to be still fresh and compelling not only on Japanese soil, but also in the West, with a series of completely new multimedia products made ad hoc.

In addition to the new television series Dragon Ball Super, last fall we dabbled on home consoles with the action RPG Dragonball Xenoverse 2. And the strongest warriors in the universe are back again this February: Dragon Ball Fusions, after having entertained the lucky ones since last August Nintendo 3DS del Sol Levante, also lands on ours with completely new mechanics, stories and characters. Check out our review to find out more.

Dragon Ball Fusions is not the classic fighting game where you just select Goku and start throwing Kamehameha to no end. It is rather a turn-based strategy with action elements, focused for a large part of its content on the customization of the many game characters. With this little strategy guide we will provide you with all the tips to start playing in the best way.


Watch out for the races!

Yes, the “we are all human” reasoning only applies to real life: in Dragon Ball Fusions there will be five different races of warriors, each with their own stats, abilities and strengths. To start playing, we advise you to choose a race that has balanced statistics, so that you can calmly explore what the title has to offer by becoming familiar with the game mechanics and environments. The Terrestre is the ideal choice: It has a good balance between offensive and defensive power, even if it doesn't shine particularly in any statistic. Clearly once you feel ready to be more daring and understand how the power levels turn between the various aliens, you can move on to the next race. The Majins and the Kaio gods are extremely fast and are capable of delivering devastating spiritual attacks (those based on Ki), while the Aliens dominate the field of hand-to-hand combat.

Regardless of race, each character in the game will fall into one of the three categories just mentioned: Power, Speed ​​and Technique (in English Power, Speed ​​and Technique). These three different specializations do not necessarily prevent your character from learning certain skills or moves (it is instead their level, most of the time, to prevent them momentarily): they instead serve to establish against which opponents you will be stronger or less strong. Not clear yet? You know the Pokémon? Grass is weak against fire, but very powerful against water. Here, it works the same way. Exactly:


- Power: Strong against Tech, but weak against Speed.

- Speed: Strong against Power, but weak against Tech.

- Technique: Strong against Speed, but weak against Power.

You will have to remember these balances when you go to choose which character to start an attack phase with. Don't be afraid, the game will show you the type at the top right of the screen. We recommend that you create a team that has at least one character of each type, and then fill the last two places with your favorite characters. It will be really difficult for you to meet a one-design opposing team, and for this reason it is not advisable to create a team composed with all characters strong only in Power, or only in Speed ​​and only in Technique. The balance is given by the variety.

It is possible to conclude a fight in Dragon Ball Fusions by performing very powerful moves that can literally hurl enemies out of the playing area with a short final cutscene: these conclusions are called "Ring Out", and to achieve them you need to perform a certain series of combos during the fight. Ring Outs are very important because allow you to get special moves as a reward. 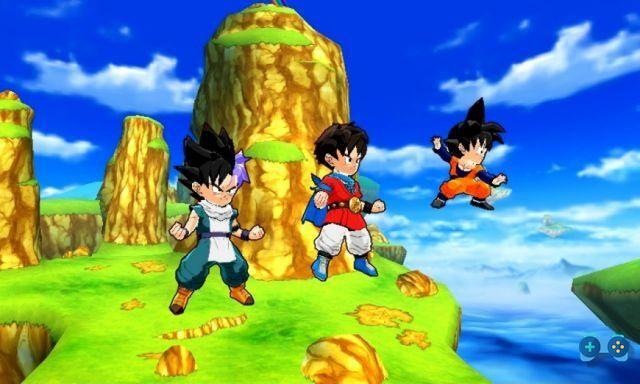 You will get a couple of them for every victory obtained by throwing the opponent out of the ring, and you will also see a lot of reruns of the movies: do not skip them, because every special move obtained will have a certain level (rank) and the higher the level becomes the more the your character will become powerful. In short, your protagonist will enter battle already with buffs assigned simply because he has high level special moves equipped. Furthermore, each character can be assigned more special moves, even of different types.


Position in battle makes all the difference

We strongly advise you to pay attention to where your warrior is on the battlefield. Dragon Ball Fusions is a turn-based RPG based, among other things, on some positioning strategies: when you use a physical attack against the opponent, for example, you will go behind him and stay there until your next turn. Attacks based on Ki, on the other hand, will allow you to move wherever you want before opening fire, allowing you to choose the position to occupy. Some special moves, then, are launched from a certain position: the Kamehameha, for example, is performed from the right. So be careful where you put your feet: some points on the pitch will put you in an advantageous position, but in others you will be more vulnerable. Always try to avoid positioning yourself near a cliff, too close to an ally or between two enemies.

After gaining access to the third of the major play areas, you will acquire the ability to recruit allies. You can request the support of any enemy who has a star in their screen image on Nintendo 3DS. You probably won't even use 90% of the characters you recruit, but that doesn't mean there isn't a payoff in doing so. The trading currency of Dragon Ball Fusions is Energy: it is used, for example, to unlock barriers and continue in the main story. The amount of energy that you can carry will be divided into five categories, in turn linked to the race of warriors on your team and ... the number of allies who are with you! This is why it is important to always recruit: the more allies you have, the more energy you will carry. Below we list the types of energy and which race increases the transportable amount.

Pausing Dragon Ball Fusions you will notice an on-screen option that says “Training List”. The name can be misleading: these are not training missions, but a list of objectives that you can complete by continuing the adventure and playing. Each of them will reward you with upgrades for your character that will last forever, allowing you to progressively reach higher levels. And the good news does not end there: these objectives are not that difficult to complete, most of them will be obtained simply by fighting to the bitter end.

Of course, you can speed up the process: challenge any character you meet on your path. Not only will you gain experience points, but you will also make progress in the training objectives. Also, at least initially don't use the fast travel option to get from one place to another. Some targets require you to fly a certain distance. Also try to hit as many enemies as possible with a single attack.

Zenkai Attacks and Ultra Fusions are your trump cards and don't go to waste. The former allow you to accumulate Ki very quickly and annihilate the opponent with your special ability. Ultra Fusions take longer to be ready but deal far more damage than Zenkai Attacks. Once launched, however, they will leave you open to any kind of attack. So wait until the enemies' health bar is at least halfway and that the opponents are in your range before releasing an Ultra Fusion.

For any questions do not hesitate to contact the Soultricks.com staff with a comment at the bottom of the news. You can also look for us on our Facebook page or write to the author of the guide at this address: [email protected]

Xiaomi Mi 11 Ultra - much more than we could imagine ❯

add a comment of Dragon Ball Fusions, guide and tips to get you off to a great start