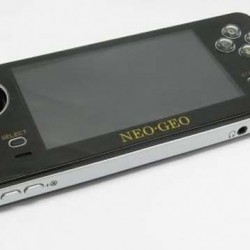 Neo Geo X, the new laptop arriving on the market, is nothing more than a portable version of the historic console Neo Geo, which will land on the market by next June. The first official statement arrived in the editorial office speaks of at least Giochi 20 classics already pre-loaded in memory with official license SNK Playmore, among the pre-loaded titles are Fatal Furies, King of the Monsters, NAM 1975 and Metal Slug.

In addition to these details, it is already known that there will be a slot for SD card, headphone out, speakers and a video out that will allow connection to monitors and TVs.

NeoGeo X it will be distributed by Tommo, in the United States and by BLAZE in Europe, Middle East and Australia. The European distributor is the reference point for SEGA and ATARI products.


To date, the sale price has not yet been released, but the first rumors leaked on the net speak of a threshold close to 600 € for a "Limited" version.
If this were the case, the price would be normal, since in 1990 the Neo-Geo cost around 650 dollars while each cartridge cost around 200 dollars.

Below I leave you to a complete list of the first titles:

King of the Monsters

The King of Fighters '94 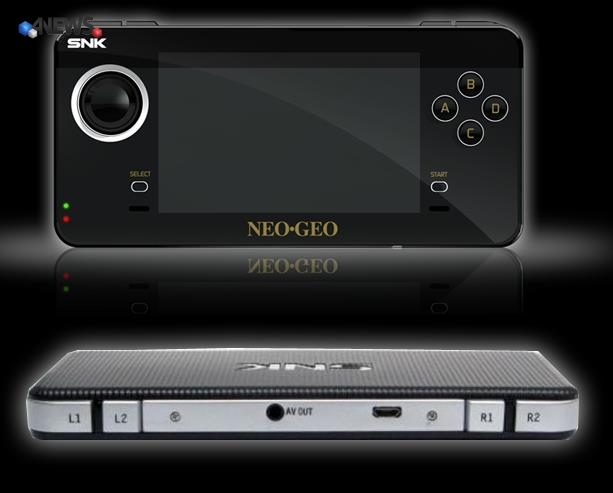 Below you can find the official press release:

The “NEOGEO X” will be released in Q2 2012 following the 20th anniversary of the ground breaking NEOGEO AES console. This Limited Edition handheld console will feature 20 officially licensed NEOGEO games including retro classics such METALSLUG, THE KING OF FIGHTERS and FATAL FURY.

Along with these 20 built in NEOGEO classic titles, the NEOGEO X will also feature, SD card expansion, a 3.5 ″ LCD screen, A / V output, internal stereo speakers and a headphone socket.

Jonathan Wan of Tommo commented
"I am very proud to be working with SNK PLAYMORE, as NEOGEO is a strong brand with an excellent gaming pedigree"

Jason Cooper of BLAZE commented
“The NEOGEO console has always been a personal favorite of mine and I am delighted to be involved with the development of this new handheld console. We hope to re-ignite the excitement many of us felt twenty one years ago, in a more affordable manner, to a much wider audience. "

The Limited Edition NEOGEO X will be distributed by Tommo Inc in the United States and retro gaming specialists BLAZE throughout Europe, Middle East and Australia. A distributor for Japan and the Far East will be confirmed shortly.

To register your interest go to www.neogeox.com

About SNK PLAYMORE CORPORATION:
Founded by Eikichi Kawasaki in Osaka Japan, SNK (Shin Nihon Kikaku) has been delighting gamers for over 30 years. Since it's early days as a developer and manufacturer of coin operated arcade games through to it's growth in home gaming with the NEOGEO and NEOGEO POCKET. SNK has always driven success through innovation and quality.

About Tommo Inc:
With over 20 years of experience in logistics and sales, a knowledgeable staff and sales representatives available nationwide, Tommo Inc. is one of North America's largest distributors of video gaming merchandises.
Founded in 1989, Tommo has grown from a wholesaler of imported video games to becoming one of the nation's main suppliers of video gaming content to national retail chain stores as well as independent retailers.

About BLAZE:
Founded by Jason Cooper over 20 years ago, BLAZE now specialize in the creation and distribution of retro gaming devices. BLAZE currently distribute SEGA and ATARI branded consoles and, in Q1 2012, are set to release the "Gamegadget" games console, billed as the "ipod for games" "

Do you want to complete all the achievements and trophies and know all the tricks, guides and secrets for your video games? SoulTricks.com is a group of video game fans who want to share the best tricks, secrets, guides and tips. We offer the best content to be a source of useful information, so here you can find guides, tricks, secrets and tips so you can enjoy your games to the fullest. Are you ready to get all the achievements of that game that you resist so much? Enter and enjoy your favorite video game to the fullest!
Trust presents the new Rudox GXT 259 professional microphone ❯

Castlevania: Lords of Shadow Mirror of Fate, the official cover for 3DS