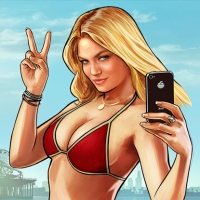 Rockstar North is ready to reveal new information related to yours Grand Theft Auto V, and among them is the official cover of the game.

After having recreated it on the side of a building in New York City, the digital version was published online.

The cover incorporates the style adopted by the series, with the main characters inserted in a mosaic that acts as a background to the writing of the main title.

Grand Theft Auto V is expected to be released on September 17, 2013 on Playstation 3 and Xbox 360 consoles.

add a comment of GTA V, the cover of the game revealed