The Protagonists of Cyberpunk 2077: Adam Smasher

After years of waiting and multiple postponements, the lights in Night City are about to turn on! A few days after the official release, let's explore who the protagonists could be of the highly anticipated new IP from CD Projekt Red: One of the most interesting in the universe of cyberpunk 2077, is Adam smasher.

Adam was a punk, of the worst kind, a useless New York anarchist. When his crew dissolved, he joined the army for survival. After several years in uniform, he was discharged for misconduct and began working as a contract boy in New York. It was a good life for Adam: his adaptability and cynicism allowed him to find many jobs, so much so that he could afford weapons, tools and drugs, with which to devote himself to nights of brutal crimes.

At the end of one of these raids, everything fell apart. A couple of rockets, exploding on him, hit him completely, turned into mush. His friends carried what was left of him out of the disaster zone in their backpack, taking him back to the Big Apple.

A mysterious rich benefactor took note of his story made him the classic offer that he could not refuse: to put himself at the complete service of his powerful Society, in a whole new body made of metal and electrical circuits or to die in excruciating suffering.


As if thoughts of mankind's decay had ever remotely disturbed Adam's psychopathic mind: he accepted immediately. 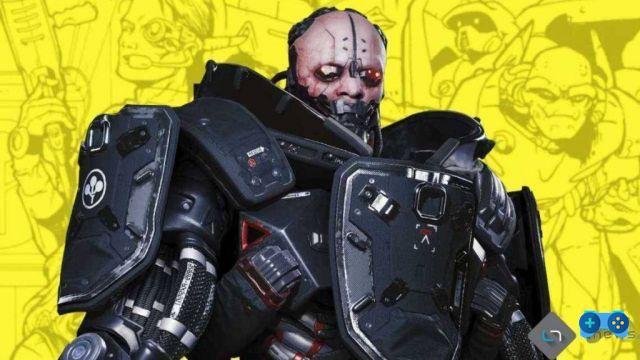 Seven years since then, the new one Adam Smasher, now more cyborg than man, had built a respectable reputation along the east coast. He took on all the missions that were presented to him, as long as they were not double-crosses or staging suicide attempts. He had asked and obtained only one clause during the work: collateral damage to property or buildings and civilian victims had to be his recognizable trait.

During this period he developed a lucid but fierce rivalry with Morgan Blackhand, another famous mercenary. According to his mind, made up mostly of printed circuit boards, the dominance of Cyborgs over humans should be pursued without delay. She had tried to challenge him by provoking him repeatedly, but Morgan had ignored his every single attempt at confrontation.


Of course, this continually snubbing him had fueled the cyborg's psychopathic rage to even higher levels. Meanwhile, his benefactors had given him time to work freelance, but when he started the Fourth War between the Corporations, for Adam everything changed; he was a full-time employee of his company and became an important member of the Arasaka security branch.

All of this was perfect for him, especially as Morgan Blackhand was under contract to Militech, Arasaka's bitter rival.. 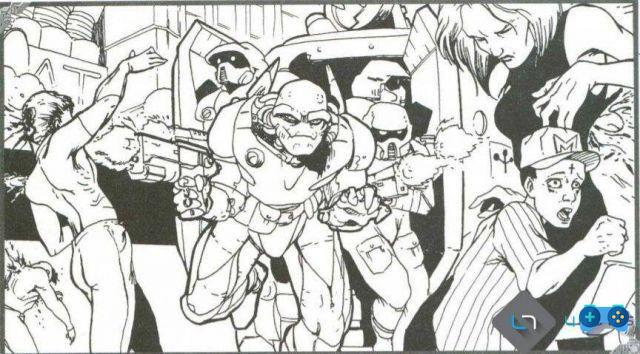 In 2022, Adam Smasher was recruited by Arasaka to fight in the Fourth Corporation War.

During this time, on August 23, Smasher was present at what he would become The Night City Holocaust on top of the Arasaka Towers. That night, as noted by a former SpecOps agent who was present at the mission, Smasher and the rest of Arasaka's troops ambushed Johnny Silverhand and Morgan Blackhand's team. However, Silverhand distracted him, screaming and shooting at him with his gun, injuring himself in an attempt to hit him.

Smasher met much later, at the top of the towers, ready to fight Blackhand as the rest of the extraction team walked away, just before the nuclear bomb exploded. Arasaka provided him with everything he could possibly want, including the powerful DaiOni power armor that turned him into an almost unstoppable machine.

During the assault on the Arasaka Towers, Adam severely wounded Shaitan and killed Johnny Silverhand.

Last time, Adam was seen fighting a fierce battle against Morgan Blackhand in the dilapidated Arasaka Tower in Night City.

This is the last trace we have of Cyborg-punk, hired by the fearsome Arasaka. We will see it again inside cyberpunk 2077? Now there are few games to find out!

Check out our specials on the other characters in the saga: Michiko Arasaka, Morgan Blackhand, Johnny Silverhand, Yorinobu Arasaka, Alt Cunningham.

add a comment of The Protagonists of Cyberpunk 2077: Adam Smasher