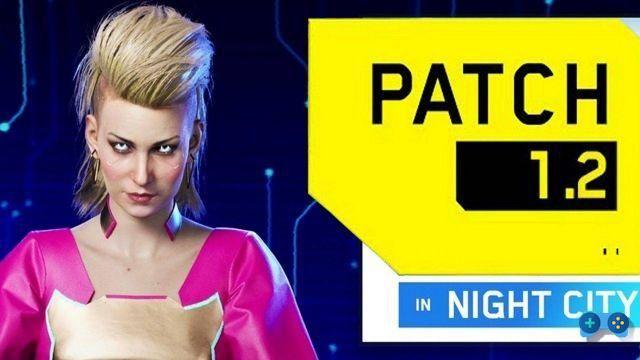 CD Projekt announced the details of the next, full-bodied patch to cyberpunk 2077.

La patch 1.2, which was postponed from February to the second half of March following the hacker attack suffered by CD Projekt, brings about important changes to some of the aspects of the game that were most criticized at launch, As the guidance system and Police operation.

The changes are outlined as follows.

Behavior of the Police

The policemen they will not immediately appear behind the player when he does something forbidden. The team said: “This is an important step in getting the Police functioning in our game right. It should reduce the problem of cops suddenly appearing behind the player and create the impression that it takes some time between when a crime is reported to the police and when they arrive at the crime scene. We've also added a "reconnaissance drone" unit that helps recreate the feeling that the police are going to take care of it. "

About the guidance system, the team stated:


“The driving experience will be smoother, even with dropped frames. Driving system feedback analysis suggested that many players had issues with steering speed. Most of the complaints came from gamers on PC or platforms with low frame-rates and focused on how difficult it was to keep a car off the curb or inside the roadway. We have added a steering sensitivity setting as an option. This will allow you to slow down the steering speed for all vehicles and on all input devices, without changing the maximum steering range in any way.

At the lowest frame-rates, our machines were difficult to steer. We were able to trace this back to a section of the code that could not adequately handle sudden frame-rate changes. Steering speed is now much more consistent and adequate for all frame-rates ranging from 20 to 60+ FPS.

We also individually modified some vehicle models and fixed those that performed worse at low frame-rates, including the player's Archer Hella. "

There is also a new feature that allows you to “unlock” your bogged down vehicle. “In some cases our vehicles get 'stranded' or terribly stuck in other things around Night City. We have added an 'unlock' feature that activates every time you accelerate and there is no movement. While pressing the accelerator, you can now 'push' the vehicle forward, backward or rotate it left / right. "


We don't mind this aspect, because it seems implemented in a way solve the problem without making the simulation lose too much realism.

Finally, there is an option for disable the execution of a dodge following the double press of a movement key, along with a number of new settings for WASD keys.

CD Projekt he explained: “in the settings panel on the movement controls it is possible to disable the execution of the dodge following a double press of a movement key. Dodging can still be performed by pressing the action key twice quickly to crouch (default set to “C”). It should now be more feasible to redefine and move motion commands (WASD) elsewhere on the keyboard. There is still something to fix on key assignments, but that will be addressed in other patches to come shortly. "

That's all. At the moment it is not known yet how much will it weigh the update e when it will be made available. In January, the patch 1.1 had solved some of the most pressing issues of cyberpunk 2077, focusing primarily on the stability problems and performance improvement. Despite the easy ironies that run around the net about persistent stability issues in the game, CD Projekt seems aware of the enormous amount of work still to be done to solve all the problems e to run the game worthily even on the base consoles. And perhaps see the game reintroduced on PlayStation Store.

cyberpunk 2077 It is available for PC, Xbox One, Google Stadia e GeForce Now. The game has been removed from PlayStation Store to PS4 and we are waiting for the versions next-gen, which should arrive before the end of the year. You can read that our review. Further details on the evolution of the game will be available on cyberpunk.net, the official website of cyberpunk 2077.

Do you want to complete all the achievements and trophies and know all the tricks, guides and secrets for your video games? SoulTricks.com is a group of video game fans who want to share the best tricks, secrets, guides and tips. We offer the best content to be a source of useful information, so here you can find guides, tricks, secrets and tips so you can enjoy your games to the fullest. Are you ready to get all the achievements of that game that you resist so much? Enter and enjoy your favorite video game to the fullest!
Tekken 7, announced Shaheen ❯

The Elder Scrolls V: Skyrim, already broken on day one!

Add a comment from Cyberpunk 2077, patch 1.2 introduces some missing features