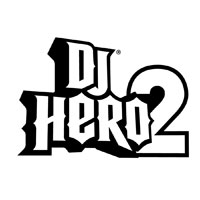 Activision has finally unveiled the list of 105 songs that will make up the mixes present in the second chapter of one of the most anticipated music games: DJ Hero 2. Among the artists featured in the title: Eminem, Lady Gaga, David Guetta feat. Kid Cudi, Lil '“Lollipop” feat. Waynee's Static Major and many many others.

Furthermore, starting from today, the large group of fans registered on the DJ Hero 2 facebook page will be able to challenge each other to guess the mixes that will be contained in the game thanks to the fb application "NAME THAT MIX”, Deciphering the videos that will be published on a weekly basis on the same fan page. Furthermore, starting from September XNUMXnd, the application will be localized in Spanish.

We remind you that one of the novelties of this second chapter to be released on October 22 is the possibility to play with a friend, also with the relative DJ set and to connect a microphone to impersonate a real vocalist.

Waiting to review it for you, we refer you to the press release containing all the info and the aforementioned list of songs.


The songs that will be mixed exclusively for the game's soundtrack reach a total of 1,5 billion hits online

The application "Name That Mix" debuts today on the DJ Hero Facebook page, which will test the musical knowledge of all fans by inviting them to guess what the game mixes will be.

DJ Hero 2 will arrive in stores on October 22nd

Legnano, MI - August 26, 2010 - When the party kicks off on October 22, budding DJs, beats, singers and all their friends will be able to experience over 100 great tracks from the greatest artists, remixed exclusively for DJ Hero® 2, including Eminem's Not Afraid ”, Lady Gaga's“ Bad Romance ”, David Guetta's“ Memories ”feat. Kid Cudi, Lil '“Lollipop” feat. Waynee's Static Major many alters, as announced today by Activision Publishing, Inc. (Nasdaq: ATVI). Enhancing the soundtrack of the "most innovative and immersive musical experience of 2009" *, the complete list of 105 incredible tracks that will be transformed into over 80 unique mixes for DJ Hero 2 it really sounds like a "who's who" of the giants of the music industry.

Along with the announcement of the songs, DJ Hero 2 launches today on the DJ Hero® Facebook page "Name That Mix”, A game application that will test fans' musical knowledge and challenge them to guess what the expected mixes are in the game. Every week, starting from today and until September 20, a new video will be proposed with the “mashup of mashups” through which participants will be able to decipher which songs were used to create each mix. To take part in the game, which as of September 2nd will also be available in a localized version in Spanish, or for more information visit http://facebook.com/djhero.


“The individual songs that were mixed to make up the soundtrack of DJ Hero 2 they have been viewed online over 1,5 billion times, which is a perfect idea of ​​the impact and power the chosen music will have, ”said Dan Neil, Music Director, FreeStyleGames. "By working with some of the best DJs in the world, we were able to put together this incredible collection of the best dance, pop and hip-hop hits and with some cymbal magic, we were able to create the greatest entertainment soundtrack."

"You just have to listen to the songs we selected for the game to understand what great soundtrack they are going to make," said Tim Riley, Vice President of Music Affairs, Activision. "But when you listen to them after FreeStyleGames DJs have given them the exclusive DJ Hero treatment, you understand why we believe DJ Hero 2 offers an unprecedented musical experience. "

Thanks to the skilled DJs and music producers of the FreeStyleGames team - joined by Deadmau5, David Guetta, DJ Qbert, Tiësto and a crew of very talented worldwide -, everyone will have the opportunity to experience the following songs in a way unique and brand new:

DJ Hero 2, the perfect mix of music and friends, gives players the ideal way to get together and party together with a host of new multiplayer modes - including the "DJ Battles" mode that pits two DJs on mixes created specifically for this mode - and brings singers to the fore with the on-screen integration of the lyrics of the songs and with the possibility of rapping words and rhymes, while the party ignites also thanks to the Party mode that allows you to enter the game exit the game instantly without interrupting the session. Featuring the best dance, pop and hip-hop hits from the greatest artists everyone loves and knows remixed in a unique way, the game's soundtrack features over 80 unique creations only available in DJ Hero 2. To further immerse players in the music, the game offers an enhanced level of creative input that allows all players to add their own touch, impacting directly on the beats being played, via scratching, crossfading and freestyle sampling. The game also features a new career mode called Empire Mode in which players start out as aspiring DJs on their way to becoming the leaders of the greatest entertainment empire, and this rise is based solely on their success as a DJ.

Out next October 22nd, DJ Hero 2 will bring a wave of new digital disc jockeys closer to cymbals thanks to the "Party Bundle" which will include a copy of the game, two cymbal-shaped controllers and a microphone, offering the "perfect party" kit all in one package. Players who have already experienced the new # 1 intellectual property of 2009 will be able to purchase DJ Hero 2 in the “Plate Kit” versions which includes a plate-shaped controller and a copy of the game, or in the software-only version. The game is in development at FreeStyleGames for Microsoft's Xbox 360®, PLAYSTATION®3 and Wii ™ formats. For more information on DJ Hero 2, visit www.djhero.com, www.facebook.com/djhero and www.twitter.com/djhero.

add a comment of Dj Hero 2, here is the complete tracklist