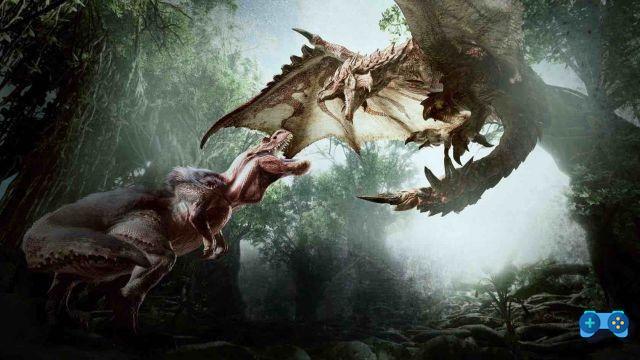 Today Capcom released a new update for Monster Hunter World, now at version 1.05 on PlayStation 4 and 1.0.0.10 on Xbox One.

This update, weighing only 82 Mb, will fix some minor bugs to improve the gaming experience.

Below is the complete changelog of the improvements / changes:

PlayStation 4 and Xbox One

In addition to the update, Capcom has made public the list of all the events of the month of February available for Monster Hunter World: 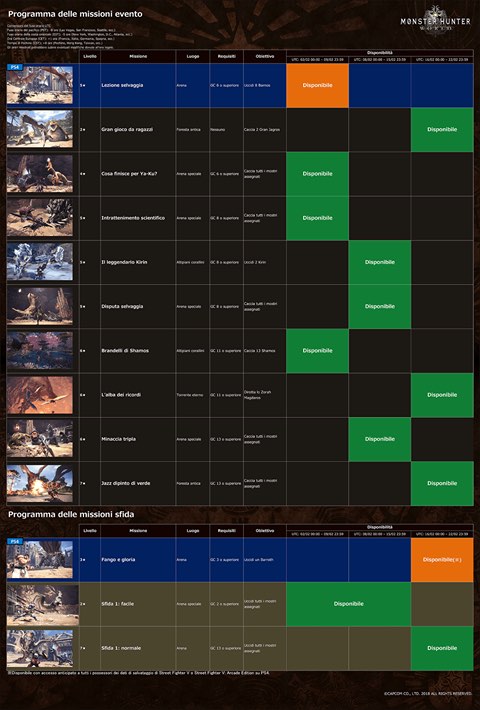 The Japanese company has also stated that the second quest dedicated to Horizon Zero Dawn (available exclusively on PlayStation 4) will be available from February 28th until March 16th. This special quest will allow you to build a set of armor dedicated to Aloy in addition to her weapon: the bow.

We remind you that Monster Hunter World is currently available for PlayStation 4 and Xbox One. Capcom is currently working on the PC version of the title, scheduled for late 2018.

Do you want to complete all the achievements and trophies and know all the tricks, guides and secrets for your video games? SoulTricks.com is a group of video game fans who want to share the best tricks, secrets, guides and tips. We offer the best content to be a source of useful information, so here you can find guides, tricks, secrets and tips so you can enjoy your games to the fullest. Are you ready to get all the achievements of that game that you resist so much? Enter and enjoy your favorite video game to the fullest!
Thrustmaster T150 steering wheel review ❯

The symbolism of tattoos in the Yakuza saga

Anthem: what will be the fate of the game? We will find out this week

Need For Speed ​​Payback, a mega collaboration to create a themed Ford Mustang

Rocket League: new updates for the Next Gen