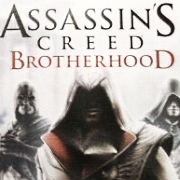 Less than a month after the publication of Assassin's Creed Brotherhood, a continuation of the second chapter of the series starring Ezio Auditore da Firenza, we got to try the Multiplayer Beta exclusive on Playstation 3 console, available from 4th October 2010.

Access is reserved only for holders of the Vip code, obtainable by pre-ordering the game from Gamestop, or thanks to promotional events via the internet. Users with Playstation + service had a week earlier than others to try this version. 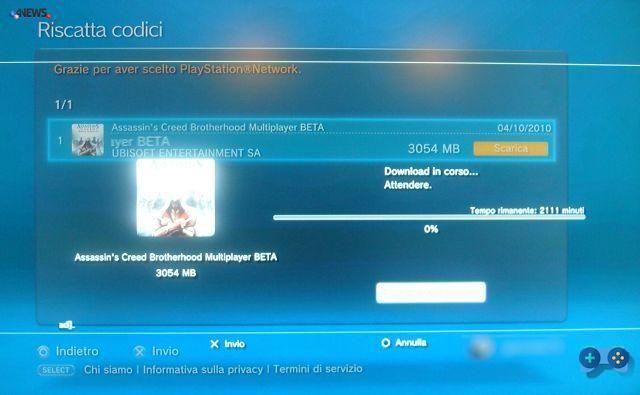 The file to download is about 3GB, leaving already an image of how many elements are contained in this installation package. Once the download is complete, the game is installed and run, we are immediately offered an update to version 1.02 weighing about 120MB. This dialog box already testifies to how attentive the developers are to the current session, solving even minor problems encountered by players. 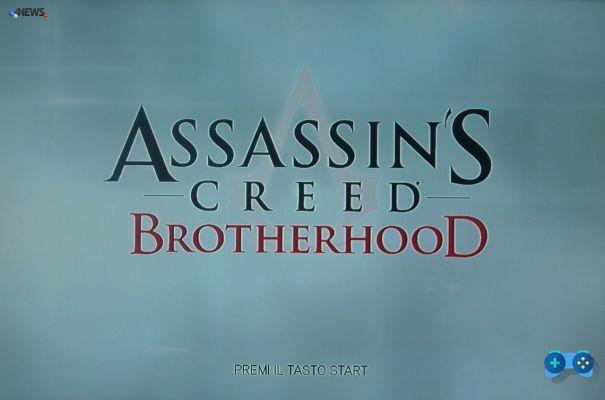 Once the game is finally started, a series of warnings from Ubisoft appear on the screen about the fact that it does not reproduce exactly what the final product will be. Normal administration.

The main menu only allows multiplayer mode. Once this choice has been selected, a new menu appears in the Animus holographic style that allows us to select between the items: 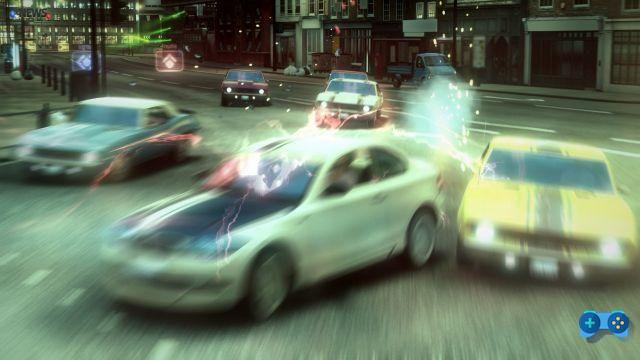 - Progress: a series of statistics on the progress of the subjective level, the global ranking and among friends

- Customize: choose your player's profile and change the character

- Plays: enter an occasional public match, a public match according to a specific challenge, try the introductory session to practice and enter a match that is already being played by friends from PSN

Whether you proceed with a random game in progress, or choosing one at will, the matchmaking system brings together the gamer with others based on an internal criterion, first of all providing the best connection status. However, carrying out an introductory session helps to understand in no time how a multiplayer challenge works, thanks to an explanatory tutorial with dubbing in Spanish.

In this tested version, eight characters are made available, each with peculiarities:

- The Executioner
The Executioner, a natural ally for the Borgias, kills, provoking the applauding roar of the crowd.
- the Thief
The Wolf has a blade studied on the lethal methods of the Assassins, and it reaping its victims in the shadows.
- the doctor
Malfatto wanders around the districts of Rome and slaughters all the poor people who are not alert.
- the Nobleman
The noble Silvestro Sabbatini is an informer, deformed in body and mind, who responds only to Caesar himself.
- the priest
Friar Ristoro devoted his life to devotion and poverty, but he did not practice either. A paranoid and dangerous man.
- the Smuggler (character unlockable by reaching level 17)
Lia de Russo supplies the Templars with contraband goods: one of the best business of the century, in the name of which she lied and hussed whenever she needed it.
- the courtesan
The extraordinary talents of Fiora Cavazza have opened the doors of the circle of Cesare Borgia to her.
- the Engineer
Gaspar de la Croix is ​​a master gunsmith as well as an expert marksman.

Unlike the normal gameplay of the series, there are two types of games in this multiplayer version: Wanted e Alliance. The number of players in the game is minimum six and maximum eight. However, only the first is usable and in which you can never rest assured. In addition to being assassins with a goal to eliminate, the player is also a goal. Indicators are defined on the screen that always allow you to be updated on the current status of the mission. At the top left there is the red indicator relating to who is chasing us, with a number related to his skill level and his red fragments to color as he approaches and becomes danger. At the top right is the target, with a light blue band showing how aware the prey is of the player's arrival. At the bottom the radar shows the direction of the prey and with an Up and Down writing relative to its position with respect to the player. 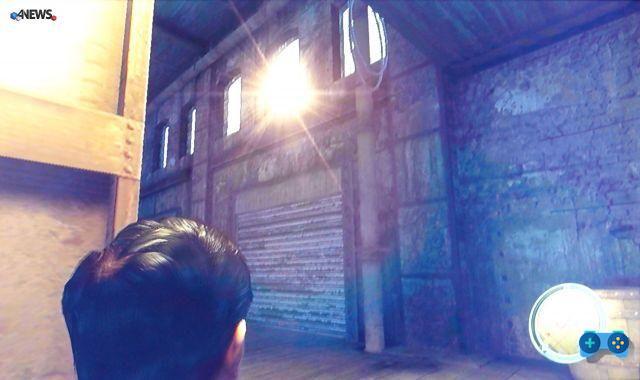 The special move to be exploited by pressing the L2 key is shown at the bottom left. Hitting the target generates points that are added to the previous ones, while at the same time they are taken away from the murdered player. The more prying you are, the higher your score will be. Other bonuses are provided at the end of the game and can help you reach a new level. Special moves are decided a priori in the profile of the chosen character before a game. These can be from simple disguise to lightning-fast running, or using smoke bombs to disorient opponents. The character can be changed only at the beginning of the game session, while the change of the character profile can take place before a respwan (return to the game).

It was this last case that showed a gap. If there are players in the game who do not comply with the provisions of the objective, they begin to kill any other character causing only annoyance. We hope that Ubisoft will notice this problem and can warn and / or penalize unruly players.

Returning to the actual gameplay, pad in hand you realize how everything flows very well without hesitation; every grip happens in the right way, every jump is precise, as well as running between the roofs exercising agile moves. Obvious merit is the improvement that can also be seen from the graphic point of view. Although in a non-final version, therefore to be judged with pliers, the framerate is very fluid and you rarely notice drops in frame rate and tearing effect (horizontal cut of the screen). Those flaws that undermined the look of the PS3 version of the second chapter are practically nullified. The textures are very well defined with various colors. The depth of the image immediately captures the attention, as the previous titles in the series did. 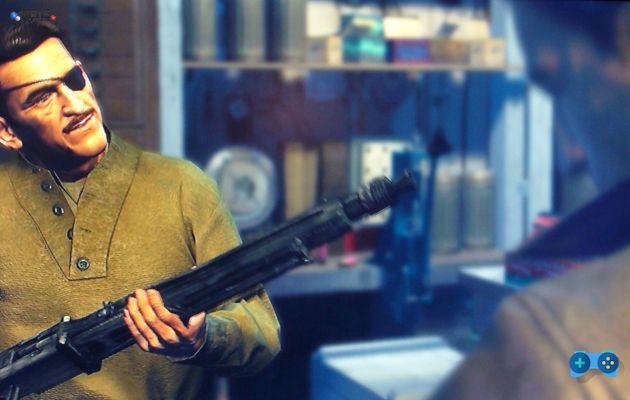 There are currently three maps available: Siena, Rome and Castel Gandolfo. All feature a new green flag winch-shaped tool for speeding up to the top of a building structure, useful for quickly dodging an assault from behind. They obviously differ in the different layout of the buildings. 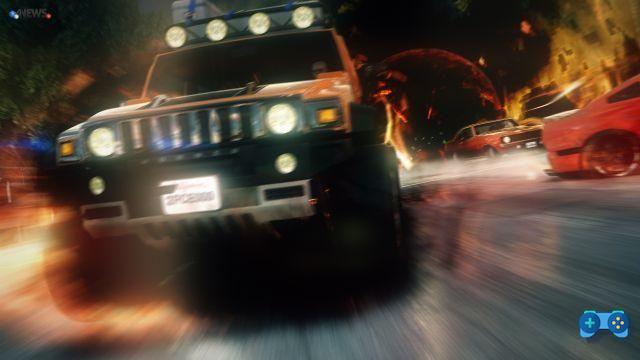 Ubisoft allowed us to test the characteristics of this new mode for the Assassin's Creed series, and the response can only be positive. The gameplay is very reactive and functional thanks also to the correct position of the indicators on the screen, and seasoned with a series of special moves that increase the interest in progressing. The greater stability of the frame rate and the disappearance of the tearing effect, are just a small example of the work done on the Playstation 3 version, so far suffering compared to the 360 ​​counterpart. A penalty system for those who do not respect the objectives could save the title from presence of listless killers interested only in annoying the rest of the gamer community. 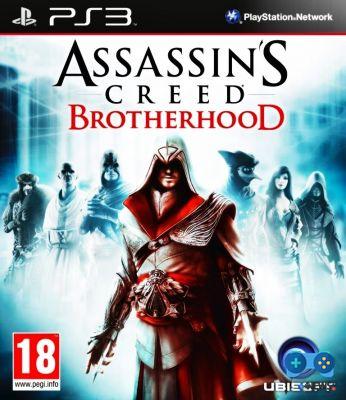 - lack of variety of objectives, probable repetition of actions

Do you want to complete all the achievements and trophies and know all the tricks, guides and secrets for your video games? SoulTricks.com is a group of video game fans who want to share the best tricks, secrets, guides and tips. We offer the best content to be a source of useful information, so here you can find guides, tricks, secrets and tips so you can enjoy your games to the fullest. Are you ready to get all the achievements of that game that you resist so much? Enter and enjoy your favorite video game to the fullest!
The Nun, the Vocation of Evil - An old-fashioned horror ❯

Dying Light 2, the developer reveals new details about the game

Far Cry 4, revealed the release date of the new DLC