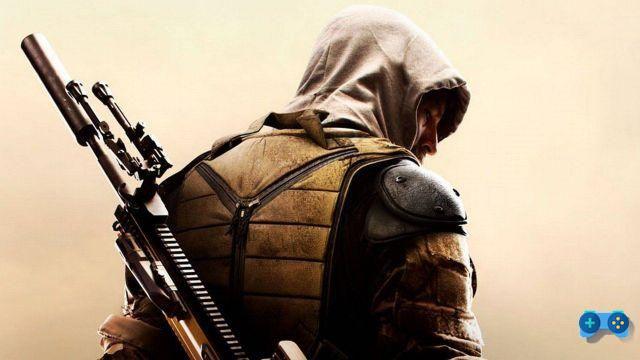 As the killer sniper Raven, players will use authentic equipment and weapons in sandbox maps on a large scale, tracking and eliminating targets through a variety of approaches. Contracts 2 will be available from June 4 2021 to PS5, PS4, Xbox Series X / S, Xbox One e PC

Il pre-order of the physical edition to PS5, PS4, Xbox Series X / S, Xbox One can already be done, thus receiving as a bonus exclusive weapons and skin packs (only at selected retailers).

Sniper Ghost Warrior is a noble series of tactical first person shooters which focuses its attention on snipers and on distance shooting. To date, the series matters more than 11 million copies sold around the world e CI Games is delighted to continue working on the franchise thanks to the highly anticipated sequel.


Sniper Ghost Warrior Contracts 2 promises to resume and enhance the feel of the first chapter and adds an extra layer of challenge with precision shots from extreme range, towards targets located over 1.000 meters away. Beyond that, a whole arsenal of new features is introduced.

Il pre-order of physical editions di Sniper Ghost Warrior Contracts 2 to PS5, PS4, Xbox Series X / S, Xbox One is already available. Plus the game in version PC is available for adding to the Steam Wishlist. Pre-order related bonuses include:

Do you want to complete all the achievements and trophies and know all the tricks, guides and secrets for your video games? SoulTricks.com is a group of video game fans who want to share the best tricks, secrets, guides and tips. We offer the best content to be a source of useful information, so here you can find guides, tricks, secrets and tips so you can enjoy your games to the fullest. Are you ready to get all the achievements of that game that you resist so much? Enter and enjoy your favorite video game to the fullest!
What is Final Fantasy VII Remake? ❯

Call Of Duty: Black Ops, the maps contained in the First Strike DLC portrayed in images

Fairy Tail is available on PS4 and Steam

Hitman: Sniper Challenge, as a gift for those who pre-order Hitman: Absolution