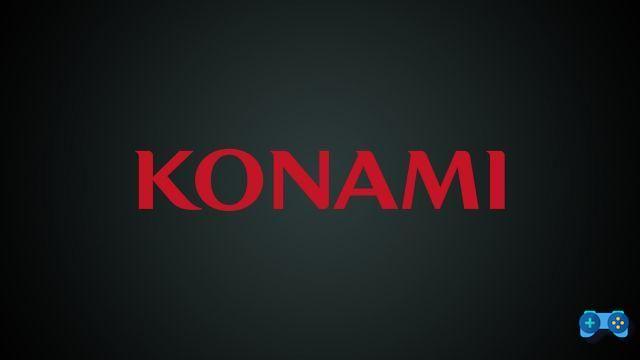 UPDATE 26/01/2021 09:30 - Goodmorning everyone. KONAMI denies the rumors relating to the closure of the company divisions dedicated to the production of video games. These rumors were generated by an official KONAMI document published on January 15 at this address https://www.konami.com/games/corporate/en/news/release/20210115/ which has not been correctly interpreted. Here is the official statement from KONAMI this morning:

ORIGINAL NEWS: According to a report published a few minutes ago, Konami Digital Entertainment Co., Ltd. would have closed three internal divisions dedicated to video games, with effect from 1 February 2021.

The choice, according to the official reasons, would be justified by the need to “respond quickly to changes in the market around us”. The official page that we linked to earlier, however, does not specify which divisions have actually been closed, other than that the communication concerns the company branch dealing with digital products.

Already in recent months there had been long rumors of the intention of the Japanese giant based in Tokyo to cease the production of videogames, focusing everything on other sectors that are decidedly more profitable for the company, such as entertainment (arcades and pachinko slots) and fitness (the company owns a huge network of gyms spread throughout the Japanese territory).


This move seems to confirm those fears, even if talking about a definitive abandonment of the sector appears decidedly premature, also because the company has long expressed its interest in a different field of digital entertainment, that of video games for smartphones.

There is mobile gaming in the future of the company

It might seem like an absurd choice by the company that owns some of the most iconic IPs in the gaming world: Metal Gear, Winning Eleven / PES, Castlevania, Silent Hill, just to name a few, yet we must not forget that in the Asian market the world of videogames for mobile has long reached impressive figures. Indeed, it is estimated that the world of mobile gaming will soon surpass that of classic videogames on consoles and PCs.

According to GameAnalytics, for example, in the first quarter of 2020 the number of players on mobile grew from 1.2 billion people to 1.75 billion per month, an increase of 46%, while on profits, consumers would have spent about 19 billions of dollars in mobile games in Q2 2020 alone.

The abandonment of the classic gaming divisions by Konami could therefore mean its will to concentrate resources towards a sector that, while not requiring important resources, does not appear completely dominated by other players and is constantly growing at a rapid pace.

What will happen to Konami's IPs?

Certainly Konami will not abandon its best-known IPs without making a profit; the scenarios that appear plausible at this point are two: a) the sale to a major giant of the entertainment world or b) licensing.


In the second case, the Japanese company would have the possibility of maintaining control over its franchises and possibly recovering them if it were to verify the possibility of returning to earn from them. In the first case, however, the company would have the ability to collect a huge amount of money in a short time, making the shareholders happy.

Among the companies probably most interested in this second scenario, there is certainly Sony, not only for the long relationship that unites the two Japanese entertainment giants, but also for the need to balance Microsoft's recent "ace takes it all" policy. .

Microsoft too, however, could be in the game should Konami decide to sell. The Redmond company had already announced that the acquisition of Bethesda was not the only one planned, and a possible acquisition of the Konami IP could allow Microsoft not only to access some immortal franchises, but also to break through a market , the Japanese one, who has always been hostile to his consul.

We hope that the situation will evolve soon and that, in any case, Konami's intellectual property safe will be able to open again to give us new chapters of its most iconic series.

Do you want to complete all the achievements and trophies and know all the tricks, guides and secrets for your video games? SoulTricks.com is a group of video game fans who want to share the best tricks, secrets, guides and tips. We offer the best content to be a source of useful information, so here you can find guides, tricks, secrets and tips so you can enjoy your games to the fullest. Are you ready to get all the achievements of that game that you resist so much? Enter and enjoy your favorite video game to the fullest!
League of Legends: guide to the basics of the game and the top lane ❯

Torment: Tides of Numenera is shown in a new trailer

Apex Legends, what is known about the new legends

Outriders: People Can Fly explains how it will remedy the inventory problem

It Takes Two shows itself in a new trailer

Add a comment from [UPDATED] Will Konami no longer produce video games?