Google e Samsung they presented their first smartphone with the new one a few months ago Android 4.0 “Ice Cream Sandwich”: il Galaxy Nexus.

Comparing this smartphone with theHTC Sensation XL interesting things emerged. First of all, both are easy to manage, even if the new control system of the Google Nexus is a little more complicated than the previous version of Android.

Sometimes it is difficult to find the dancer menu button, sometimes at the top, sometimes at the bottom, in addition i virtual keys occupy a portion of the display, the useful size of which is thus reduced from 11,8 to 11,1 centimeters. They are only 2mm more than the Galaxy S2 which, however, was better manageable with one hand. Although the Galaxy Nexus has a dual core processor and loads websites quickly, while browsing the internet and in some menus we encountered some sporadic slowdowns. Android 4, present on the Nexus, brings with it some interesting functions such as access via face recognition and "Android Beam", A technology thanks to which it is possible to exchange data with other Android 4 devices thanks to theNFC.

Both smartphones both the Nexus and the HTC are satisfactory. The Nexus fares slightly better as quality e speed di click. Also from the point of view of video the Nexus is a step forward, thanks also to the possibility of filming a 1920 × 1080 pixels, while the Sensation XL stops at 1280 × 720 pixels.

HTC Sensation XL comes with earphones in-ear Beats Audio, capable of enhancing the audio of the phone, those who love to listen to songs rich in bass will be satisfied. Those of the Nexus are instead in the norm.


The two displays are similar in size, but different quality. The one of the Galaxy Nexus is very similar to that of the iPhone 4, thanks to its excellent resolution it allows you to read even the smallest characters with ease. The Sensation XL, on the other hand, has a lower resolution and contrast, but on the other hand one higher brightness 40%. This means that it is more readable in full sun.

But let's see the details and technical characteristics of the 2 smartphones better: 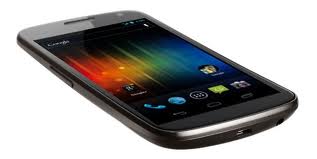 2) The Pros of the Sensation XL are:

Bottom line: ultra-resistant screen, good operating speed and high speed in UMTS browsing, the Galaxy Nexus comes out of this comparison as a clear winner. The new Android 4.0, however, is not entirely convincing. If you are looking for a more welcoming phone with a friendlier interface, the HTC Sensation XL is a great ally. Its HTC Sense is superior to the spartan interface of Android 4.

add a comment of Galaxy Nexus: The first smartphone with Android 4.0