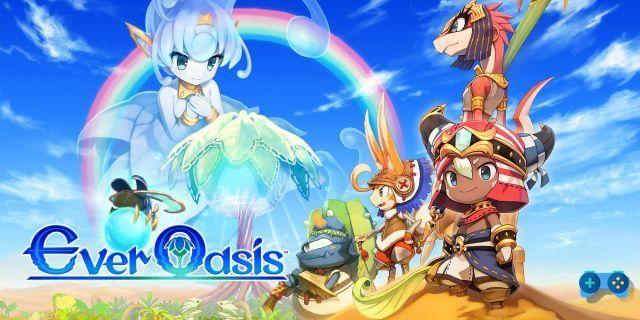 The summer period is notoriously rather poor in new releases, in the video game field: with some exceptions, in that period of time between E3 in early June and September, few things really worthy of interest are published. However, as they say, "few but good". Ever Oasis is one of the good guys.

The title is one new IP di Nintendo, published exclusively on 3DS family devices. Probably one of the last new IPs to appear before retirement. At first glance it reminds a little Fantasy Life e Animal Crossing, for character design, mechanics and game situations. But in truth it is neither exactly one nor exactly the other, as we shall see. Behind the scenes of Ever Oasis is there Raw Team, which despite the name has produced excellent portable versions of The Legend of Zelda: Ocarina of Time and then that of Majora's Mask in recent years.

If that's not enough for you, know who the CEO is Koichi Ishii, which only a few bad people will not know. Yes, it is that Kochi Ishii who directed the very first three Final Fantasy. The same one who basically imagined some of the most important themes of the Square Enix franchise, such as the legend of the crystals, and designed the moogles and chocobos. Above all, Ishii created the Seiken Densetsu saga, directing first Final Fantasy Adventure, then Secret of Mana and many others.


At the end of this long chain of important titles from the past, Ever Oasis, Atypical RPG, full of management elements, which will not have who knows what graphics, will not vary the basics of traditional role playing, but manages to bring a minimum breath of fresh air into the summer heat.

Oasis and a lot of desert

The atmosphere from The Thousand and One Nights is immediately evoked, starting from the “Arab” climate that is breathed almost everywhere, then passing through the desert and exotic environments. Ed Ever Oasis really has the characteristics of a real fairy tale, even considering that the story begins with the archetype of "once upon a time". For the rest, of course, we cannot expect a plot of exemplary originality. A long time ago, in a world that was still green and flourishing, the different races lived in an atmosphere of peace and prosperity, and were naturally happy and contented.

But then, Chaos came, in the form of an entity capable of sowing death and destruction, transforming almost the whole world into an arid desert populated by evil creatures. Only a few places resisted the fury of evil, thanks to the magic of the wind and the strong bond between the spirits of the water and the incorruptible keepers of the seeds of the Great Tree. 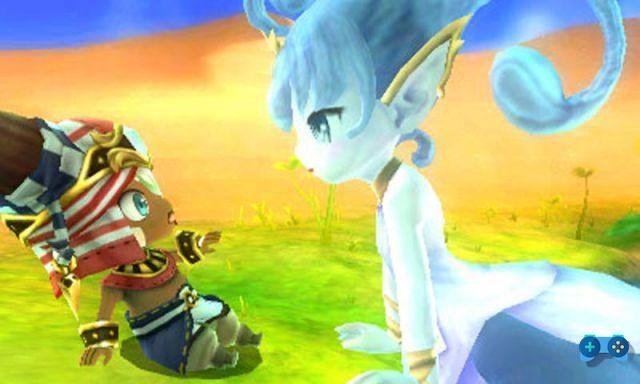 Those places, these Oases, are all that remains of the world as it once was, and for hundreds of years they have provided a safe place for travelers. Travelers who, more often than not, after many trips and battles against monsters, then decided to settle there with their own shops, making it the center of their businesses. Coming in detail to the story of our protagonist, however, the oasis in which he has always lived together with his older brother (who among other things was the head, as well as keeper of the seed of the Big Tree) is attacked and destroyed by a creature of the Chaos.


Our brother, since all is now lost for our home, uses the powerful magic of the wind to make us escape death. Our alter ego is then welcomed by Esna, a Spirit of Water with whom he immediately makes friends, planting the seed of a new Oasis, destined to counter the advance of Chaos and provide refuge to travelers.

Ever Oasis it bases its foundations on the relationship established between the protagonist and the new Oasis he founded in the desert. The narration will also be carefree for most of the time, and suitable for players of all ages (even the smallest, up to a certain point), but this does not mean that we will not be able to "mature" in the company of the protagonist. Establish an oasis, and this we will soon learn, it also means taking on a number of responsibilities, answer for its safety, for the well-being of your inhabitants (and for those who from time to time come to place their home or shop there) and also explore the dangers of the outside world which, we remember, is still inhabited by the hungry creatures of the Chaos.

At the beginning our Oasis will be nothing more than a miserable green dot in the vastness of the desert, but with a little effort, things will change quickly. It is important to attract new inhabitants, make our village attractive for external visitors. Safety from Chaos is not enough to make one of the many specific tribes in the game world decide to come and pitch their tents with us: as with any nascent civilization, it is important that there is an exchange of raw materials and a thriving market. 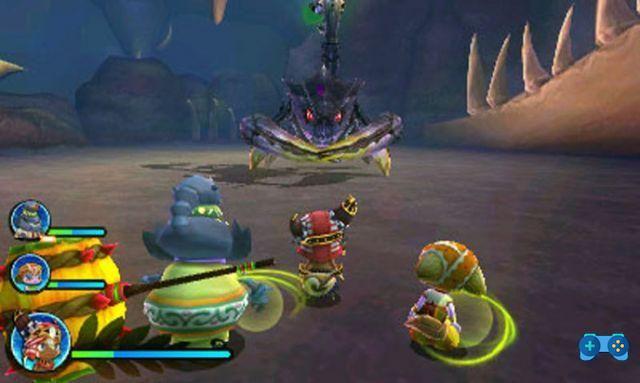 At this point the new characters will be tempted to pass into your Oasis and perhaps even to stay; this means that from then on you can select the new inhabitants as one of the three members of your game party, and take them with you on missions in the outside world.

Because yes, at a certain point from the Oasis you have to leave, either to safeguard the village by eliminating nearby threats, or to find those damned raw materials that are needed so that the new shop of that specific character can open its doors. We can set up an exploration party by choosing from all the inhabitants of the Oasis. Each is equipped with special equipment and skills (useful in the battle phase), as well as specializations that are essential for collecting materials and solving the environmental puzzles that dot the various dungeons.

For example, there are those who specialize in excavation; who can shatter large boulders; who, again, can literally roll into the cracks in the walls to reach otherwise inaccessible places and so on. Each inhabitant has its own usefulness in the game economy and, even if the party is limited to three active members at a time, it is always possible to return to the Oasis with the many teleportation points to change its composition and use the companions we have. need to reach secret places, to recover particular material, or to beat a more difficult boss than usual.

Technically speaking, Ever Oasis almost pushes the possibilities of Nintendo 3DS to the maximum.It is still a console that has been on the market for 7 years now, and that sooner or later (but more then than sooner) will also be forced to retirement. The fact remains that we can enjoy a really noteworthy artistic sector, delicately curated and created scenarios, and a sound sector that is certainly not memorable but that manages not to bore neither during the exploratory phases nor in the management ones of the Oasis-HUB.