Fleshy spirits, Spirits, we were only missing the Psychospectrums!

All right, the family Nintendo 3DS it is close to retirement, but whoever keeps saying that the console already has one foot in the pit is a fool. In recent months there have been titles on exclusive titles of the small laptop Nintendo, now with seven years of work behind them, some truly unforgettable. Just to mention a few, which among other things we have reviewed, Ever Oasis and Monster Hunter Stories. But in fact, only two: we need to add more recent glories such as Professor Layton and the conspiracy of millionaires and Yokai Watch 2: Psychospectrums.

It is undeniable that Yokai Watch has been a very prolific and successful saga in recent years. Here the titles of the series arrived one after the other in a disruptive way, a little more delayed instead in Japan, but this too is basically the indicator of an announced success. You want because they are so similar to Pokémon, you want because they are NOT i anyway Pokémon never deeper RPG productions, Spiritossi and Polpanime recorded an excellent reception last spring, upon their arrival on Nintendo 3DS. And now this “second phase of the Yokai” ends with Psychospectri.


Don't know where to place it on your shelf? Don't you know where his storyline goes? We'll think about it!

Yokai Watch 2 Psicospettri is currently the definitive version of the second chapter of the series on the market (Yokai Watch 2). In fact, it contains everything that the chapters of last spring, Spiritossi and Polpanime, already had to offer, plus many other features that we will tell you about shortly. Is it an advantage or a defect? If you have already purchased one of the two aforementioned chapters, perhaps you might think that the additions are not enough to justify a new outlay of 40 euros. And in fact we tend to agree with you: because Yokai Watch 2 Psicospettri at the plot level does not add anything significant to what is seen in the other two.

We are faced with a mechanism at the "third edition of Pokémon". Do you know when, after Gold and Silver, Crystal was released? Or when after Ruby and Sapphire was Emerald published? Here is the same thing. Did the plot change? No you don't 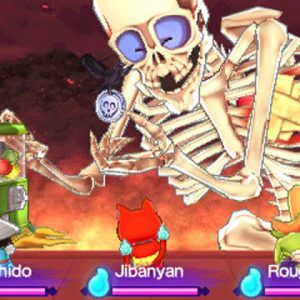 changed. Were there any new Pokémon? Well, a little something. Psicospettri does the exact same thing: it repeats the same tremor, with the same events, but adds several juicy details. And therefore for the fans almost almost ... those 40 euros fly.

In addition to all the contents of Spiritossi and Polpanime, Yokai Watch 2 Psychospectrums includes these innovations, which we have summarized by points to facilitate immediate use:


In summary: more sprites to collect, more hours of gameplay, more locations, more missions, exclusive benefits for those who owned the previous games (or have a friend's cartridge to "borrow"). How would you like additions for a reissue? according to us yes.

We have given you so far the reasons why you should buy Yokai Watch 2 again, in its updated version. But we must not forget an essential point: that the title itself, a separate re-edition, is a game that all owners of Nintendo 3DS (and 2DS) they should try at least once in their life. From the point of view of roles and collectors, Nathan's adventure on Nintendo 3DS is unrivaled, if not Pokémon. The monsters to find and make friends with are more than 300, and we are only at the second chapter of the series! Okay, not everyone will be inspired, some will present a questionable design, but still there is a lot of meat in the fire (and often of quality). 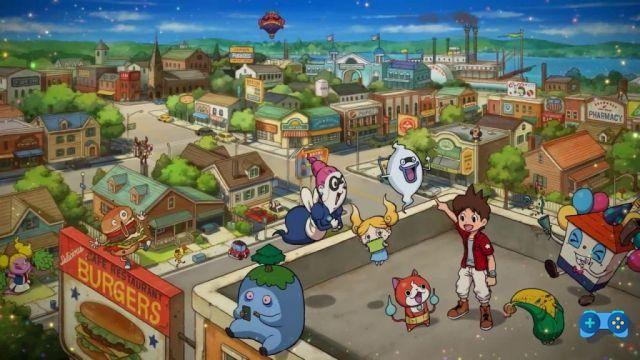 The map is so vast that our hero has to take public transport to get from one point to another. Backtraing is favored not only from the capture of ghosts not all initially recoverable (we will have to return to the same places several times, even later), and from the collection of objects of interest. Long-lived plot and collecting attest to the duration of the title of about sixty hours, wanting to do everything and more - thirty for the fastest, who perhaps have no desire to collect all the medals of the title.

The technical level of production is one of the peaks on Nintendo 3DS, squeezing the machine as far as possible, with manicured details, vast environments, non-existent frame rate drops. Well, 3D is also non-existent if you want to nitpick. But after all, the very existence of 2DS has already made us understand how much 3D counts for Nintendo, by now ...

Yokai Watch 2 Psicospettri is a purchase that must be considered. Do you like RPGs, collectibles and "passive combat" titles in real time? Have you never tried the Yokai series? So buy it with your eyes closed, because you will not regret it. Are you hardcore fans who have already stripped Polpanime (pun intended)? Then ponder the new additions to the second paragraph carefully before proceeding with the purchase. But it is still a title to try, at least once, perhaps by snatching it from a friend. We are at the peak of production for Nintendo 3DS, qualitatively speaking. And also from the point of view of the entertainment offered. 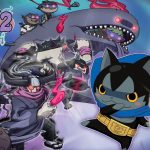 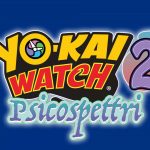 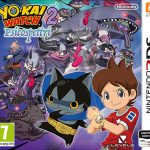 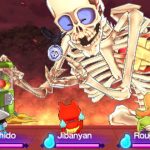 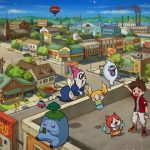 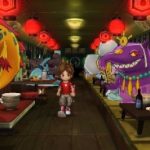 Do you want to complete all the achievements and trophies and know all the tricks, guides and secrets for your video games? SoulTricks.com is a group of video game fans who want to share the best tricks, secrets, guides and tips. We offer the best content to be a source of useful information, so here you can find guides, tricks, secrets and tips so you can enjoy your games to the fullest. Are you ready to get all the achievements of that game that you resist so much? Enter and enjoy your favorite video game to the fullest!
Fatal Frame 4 comes to Wii ❯