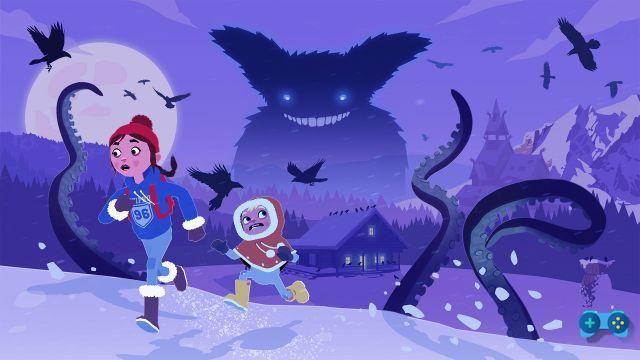 We were lucky enough to stumble upon Roki during the last day of the Gamescom 2019, we were struck by how the title looked, in fact, to offer a point and click adventure in these times, it can certainly seem a bizarre and oriented choice PC gaming.

Those of you who have a few more spring on your shoulders will remember that the style in question offered ageless masterpieces such as: Monkey Island e Simon the Sorcerer. This title, created by the guys from Polygon Treehouse and United Label Games, contains all the elements of these legendary titles and brings them back to us masterfully.

After the return, we have been waiting impatiently for the moment to tell you about that independent title that had marked our Teutonic experience. The good Riccardo, took care of the PC version of Röki (here you can find his review) and deeply analyzed the experience of the brave Tove and its little brother "tomte" Lars rewarding it with a nice 10, evaluation that on Soultricks we issue only to titles that have had the merit of positively surprising us.


In this review, we will take care of making a small recap of the game mechanics and presenting the changes offered by the Nintendo Switch version.

Once upon a time…

Röki is in fact a fairy tale, but contrary to all fairy tales that tell a world a bit far from our living standards, it tells us about the dynamics of a modern world and he does so by showing us everything through the eyes of Tove, a brave girl who plays the role of sister-mother to little Lars.

In fact, The young girl's mom recently passed away, leaving her with her hyperactive and imaginative little brother and their father, a man evidently destroyed by the loss, who spends most of his time eating herring and sleeping by the fireplace.

But one evening, while Tove was about to tell his favorite "tomte" the bedtime story, the two are attacked by a monstrous black being, which destroys their home and forces the two to flee. Despite the escape, the monster manages to kidnap the little Lars, forcing Tove to reach a magical kingdom, rich in all the elements that characterize Scandinavian mythology.

From that moment on, our heroine will have to save her little brother by exploring this bizarre world, offering objects and favors to its inhabitants, including troll, frogs (a little unsympathetic), giant albino spiders, etc. 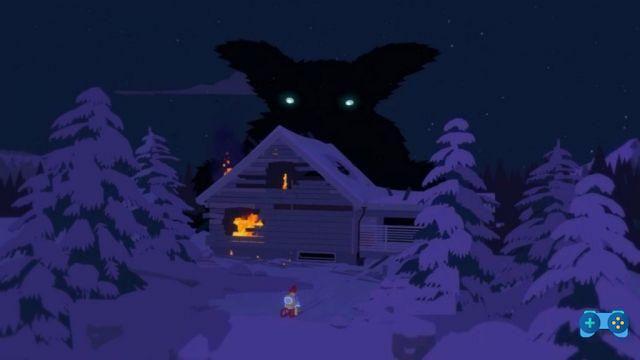 The graphic style, extremely pleasing to the eye, has arrived on the flagship of Nintendo in all its candid splendor, so as regards the artistic and sound side we can not say anything different than the version tested on PC.


The appreciable graphic style offered by the title, is able to attract the player both a 1080p when the console is connected to the TV, and when we use it in portability, with resolution 720p. The frame rate impressively maintains i 30fps for almost the entire game. Unfortunately, towards the end of Tove's adventure, you may experience some small slowdowns, nothing that particularly detracts from the gaming experience.

The sore point of the entire game experience are the controls, in fact, the control system that sends to the left stick the entire work related to the movement of the character and the choice of objects from the inventory in order to solve the game puzzles, is too often inaccurate.

This is because the cursor is particularly sensitive to movement and can be frustrating. For this reason, touch controls have been included, which unfortunately are limited to the use of the inventory and the management of related objects, leaving one of the great potential offered by Nintendo Switch practically unused. 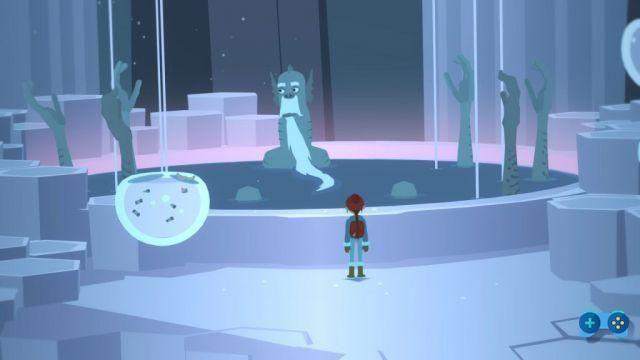 Röki on Nintendo Switch as on PC it is a real masterpiece, so much so that it is considered a work of contemporary art. In fact, it collects some elements from the glorious past of the videogame industry and brings them back to their maximum splendor.

The only flaw that we can attribute to it concerns the fact that the controls are not very precise and the features offered by the portability of the Nintendo console have not seen the light properly.

For the rest, let's talk about a title that alone 19,99€ will be able to transform your way of seeing video games in a unique way. Which version to choose? It is useless to say that such a title, despite the "problems" linked to overly sensitive controls, is the perfect travel companion for those who love to live their life without worries. So we advise you to try this interesting independent video game on Nintendo Switch, practically an interactive fairy tale within your backpack.

Do you want to complete all the achievements and trophies and know all the tricks, guides and secrets for your video games? SoulTricks.com is a group of video game fans who want to share the best tricks, secrets, guides and tips. We offer the best content to be a source of useful information, so here you can find guides, tricks, secrets and tips so you can enjoy your games to the fullest. Are you ready to get all the achievements of that game that you resist so much? Enter and enjoy your favorite video game to the fullest!
Need for Speed ​​Heat Review ❯