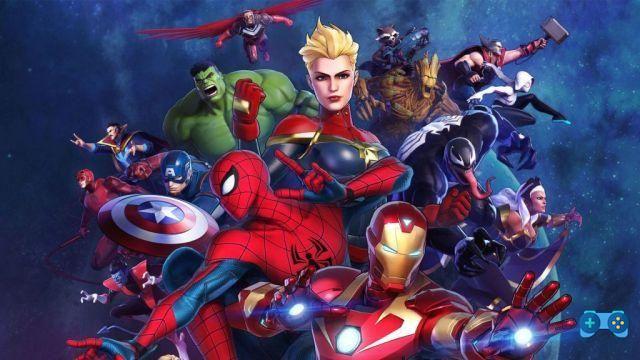 Marvel is not only enjoying successes after successes in the cinematic field (Avengers Endgame is an example), but also in the videogame universe, according to the latest results, just think that Spider-Man has surpassed in the sales charts even the expensive and old Batman Arkham Knight.

There are many tie-ins inspired by the vast universe of Casa Marvel, the progenitor series of this title dates back to 2006. It's true, many years have passed, but this is the ideal time to brush up on the brand and bring the owners of Switch a feast of the best heroes of the American comic house and that the good Stan made us love.

And it was Nintendo with the collaboration of the guys from Team Ninja to bring this interesting sequel dedicated to the historical characters of the House of Ideas.

You see the touch of a champion ...

The plot of the campaign was prepared by a well-respected screenwriter and can be understood after a few minutes of play. We are talking about Marc Sumerak, cartoonist from Cleveland, known for having already worked on the Avengers and the Fantastic 4, this fact allows him to understand the characters and their motivations on the fly.


The dialogues are also particularly smooth and full of quotes from events that a true Marvel fan cannot forget. Marvel Ultimate Alliance 3: The Black Order is also designed for those who do not know (it is difficult, but not impossible) the deeds of the historic Avengers.

The story begins by making us take on the role of the Guardians of the Galaxy, first listening to the exchange of jokes between Quill aka Star Lord and Rocket. The space team senses a strong energy signal coming from a Kree spaceship, here our heroes discover that Ronan and Nebula have tracked down the Infinity Stones. During the fight between the Guardians and the two bad guys, the members of the Black Order burst onto the scene, they are alien hitmen under the orders of the powerful Titan Thanos, they too want to take possession of the powerful gems (because everyone knows by now).

The encounter with these supervillains kicks off the adventures of our heroes, through the exploration of iconic places, from the villa of the X-Men to Wakanda, passing through Raft, Asgard and the Dark Dimension.

By playing the campaign, you will feel like watching a typical Marvel movie, (those of 2 hours and more, credits excluded ... so to speak) during your adventure, you will recruit a huge variety of superheroes, so much so that you get to mid-game with a roster of about 20 heroes out of a total of 32. 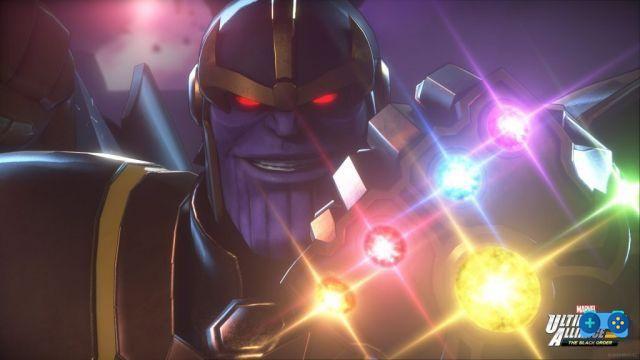 When the heroes unite….

For a long time, the undersigned and the guys at the editorial staff have been hesitating about which category Marvel ultimate Alliance 3: The Black Order falls into.


In fact, this title contains several souls from hard and pure action to roleplaying mechanics. Personally it reminds me a little of the scrolling fighting game, but the epic nature of this title will make every fight unforgettable, so much so that I want to share this adventure with friends.

The commands, even if not clearly illustrated, are understandable on the fly. Each hero has a light attack, fast and ideal for quick combos, a heavy, slow but devastating attack, a dedicated jump / fly button and one to parry.

Joy-Con simplicity in hand remains so even when making special attacks, each hero can learn a maximum of 4. Logically you will not be able to spam these types of attacks forever, the blue indicator at the bottom of the screen will tell you if you can still use of your special skills.

Always at the bottom of the screen you will find a yellow indicator, once fully loaded, you can use the Extreme Technique, a move that combines power and spectacle, in which we can involve other heroes, what can I say ... the dream of every fan!

As we said above, the roster of heroes is huge, others will be added with the DLC scheduled for next fall. This effect guarantees an infinite variety of combinations, which will result in mind-blowing collaborations, the most striking example and which will appeal to fans of the MCU will be the cooperation between Iron Man and Cap, the former will launch his powerful beam on the iconic shield of the Captain, while the latter deflects it towards enemies, just like the iconic scene from the Avengers movies. 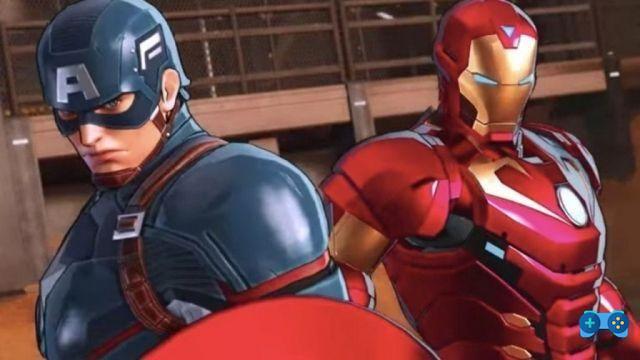 Often just one hero is not enough

Fighting in single player is fun, but only with other players will you understand that Marvel Ultimate Alliance 3: The Black Order is the quintessence of fun, if you are playing on the sofa with friends, it will be difficult to detach yourself from the screen (for two reasons essentially, the first is because you are having fun, the second is that your butt in this heat will unequivocally remain glued to the sofa).

The game will also allow you to play online, but coordinating actions in these cases becomes cumbersome and reduces the fun (personal experience of the undersigned). 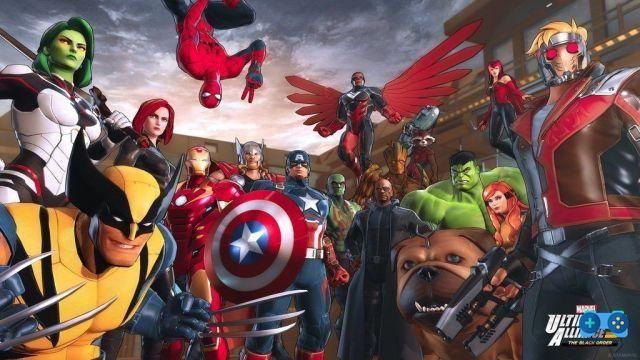 The GDR also wants its part

This title is not limited only to being a fighting game, in fact inside it will be possible to find several noteworthy RPG mechanics.

It starts from the level system, our heroes in fact gain experience after each fight, up to leveling up, thus learning new special attacks. During fights, these superheroes also earn Tech Points, which are useful for enhancing individual moves.

Unfortunately, there is no team growth system, so if you want to level up with your favorite heroes, you'll have to do it individually. Fortunately, ESP cubes come to your rescue, offered by the game randomly during the main campaign and Infinity Trials.

These particular tests of strength are the endgame of the game and will be unlocked in different ways, incurring breach during the campaign or by opening some special well hidden chests.

You can access these evidence from the main menu or from the Shield checkpoints. The infinity trials will bring you back many elements faced during the campaign, but with certain rules and / or variations. In addition to offering greater longevity to the game, the trials are intended to make you level up adequately, offering you very generous rewards from the aforementioned ESp cubes to ISO-8 crystals and some new playable characters.

The computational power of Switch has been and still is in doubt, certainly its small size is not able to bring us technical masterpieces that rival platforms are able to offer.

What is certain is the fact that Marvel Ultimate Alliance 3: The Black Order behaves more than admirably in docked mode, especially thanks to the resolution and good anti-aliasing, if instead we take the console in hand and play in portable mode, you will notice undoubtedly a slightly less clear image, all in order not to suffer from frame rate drops.

As you can see, the title does not offer the latest graphics that we have seen in other games of the current generation, from Spider-Man to God of War, just to name a few. This aspect, however, is in some way a strong point, the comic representation of the characters fully does justice to the game in question.

- Absolutely to try in the company of friends

- Loss of quality in portable mode

- Camera to be reviewed

Summary
Marvel Ultimate Alliance 3: The Black Order presents itself to us as a mix of different genres, from fighting to RPG, just like the amount of heroes present within the title. 32, among the superheroes and supervillains most loved by the audience of the House of Ideas. This unlikely collaboration between Nintendo and Team Ninja has brought us what we can call the ultimate Marvel crossover, cleverly blending fanservice, movie script and fun gameplay. What more could you want?
gameplay
Graphics
Sonoro
Longevity
Final judgement
Symbian S60 from Nokia is the most popular smartphone OS ❯

add a comment of Marvel Ultimate Alliance 3: The Black Order - our review